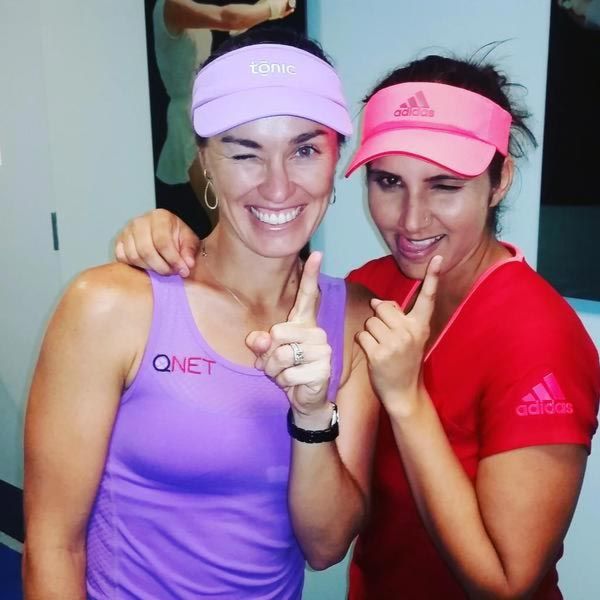 Sania Mirza remained on course for a second successive Grand Slam title after reaching the semi-finals of the US Open with Swiss partner Martina Hingis, in New York, on Tuesday.

Top seeds Sania-Hingis, the Wimbledon champions, got the better of ninth seeds Yung-Jan Chan and Hao-Ching Chan of Taipei 7-6(5), 6-1 in the quarter-finals of the season’s last Grand Slam tournament.

The India-Swiss pair converted all the four break-points they forced in the 85-minute contest, dropping serve twice.

In the junior girls’ singles, India's Karman Kaur Thandi reached the third round with a 6-2, 4-6, 6-3 victory over Evgeniya Levashova of Russia.

In the men's doubles quarter-finals Rohan Bopanna and Florin Mergea will take on Dominic Inglot and Robert Lindstedt.

Bopanna is also in contention in the mixed doubles, where he and Yung-Jan Chan are up against Leander Paes and Martina Hingis in the semi-finals.