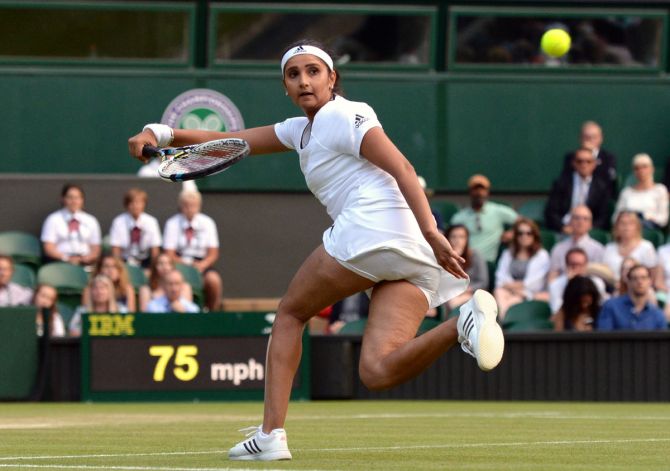 Mirza and her Croatian partner Mate Pavic, seeded sixth, went down 6-4, 5-7, 4-6 to Skupski of Great Britain and American Krawczyk in two hours 16 minutes on Wednesday night.

The 35-year-old Mirza is India's most accomplished woman tennis player, having won six Grand Slam titles, including three mixed doubles trophies. She was aiming to complete a Career Slam in mixed doubles.

She had won the the mixed doubles titles at the 2009 Australian Open and the 2012 French Open with Mahesh Bhupathi and the 2014 US Open with Brazillian Bruno Soares.

"The tears, fight and the struggle.. the work we put in is all worth it in the end ..it wasn't meant to be this time at Wimbledon but you have been nothing but spectacular its been an honor to play here and win here over the last 20 years ..i will miss you Until we meet again," Mirza tweeted on Thursday. 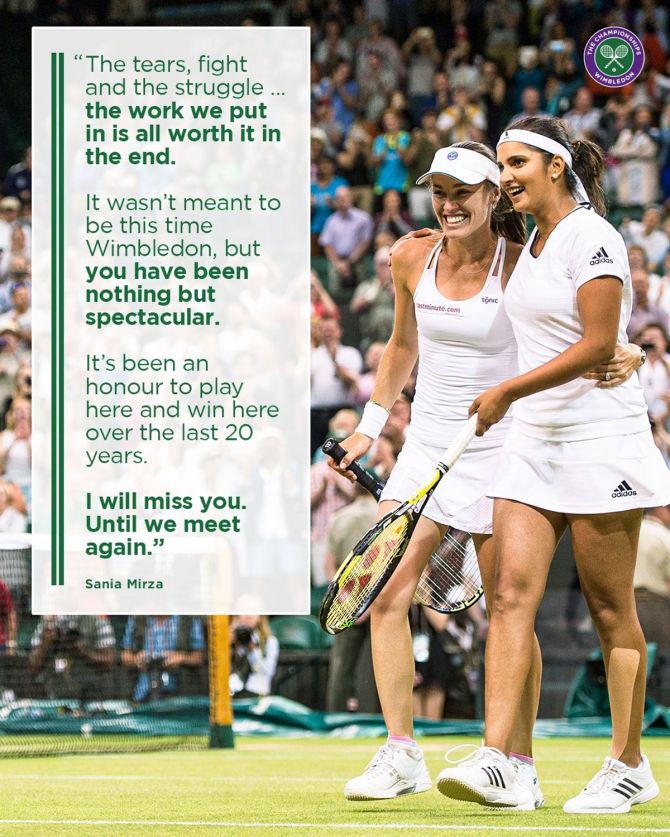 Mirza and Pavic, both multiple-time Grand Slam winners, dominated the first set on the back of a strong serve.

Mirza, who is in her last year on tour, and Pavic looked on course to sealing the match as they led 4-2 in the second set but the duo lost five of the next six games as Skupski and Krawczyk, seeded second, forced the decider.

In the decider, Mirza and Pavic drew first blood as they broke their opponent's serve but were immediately broken back.

In the 12th game, Pavic double faulted twice with Skupski and Krawczyk converting the match point.

This is Mirza's best mixed doubles performance at the All England Club. She had previously reached the quarterfinals in 2011, 2013 and 2015.

Mirza, a six-time Grand Slam winner, had earlier announced that she would hang up her racquet at the conclusion of the 2022 season.

The 35-year-old Indian star has now bid farewell to Wimbledon having won a women's doubles title in 2015, pairing Martina Hingis. 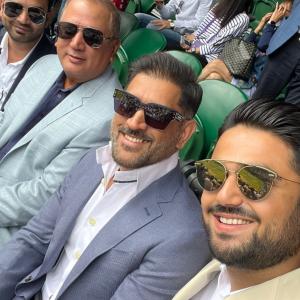