IMAGE: Sandra Beckham with her son, who once inspired a movie, at the Wimbledon quarter-final between Rafael Nadal and Taylor Fritz on Wednesday, July 6, 2022. Photograph: Clive Brunskill/Getty Images

On Wednesday, along with mum Sandra, one of the most famous footballers on the planet -- never mind he retired nine years ago -- watched Rafael Nadal put on a steely show to down American Taylor Fritz in an epic clash.

While 36-year-old Nadal defies age with his gritty wins amidst a barrage of injuries, 47-year-old Beckham is ageing like fine wine.

Seated in the royal box, Becks looked wonderful in a brown suit and cool shades as he greeted all and sundry seated around him with his million dollar smile.

Could we have more of the Beckham pizzazz at SW1 please! 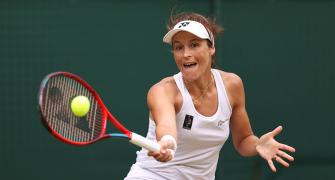 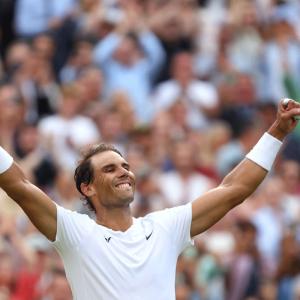 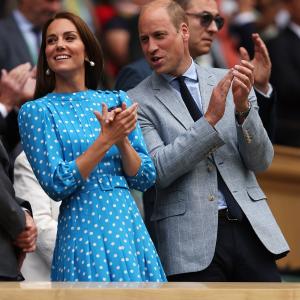