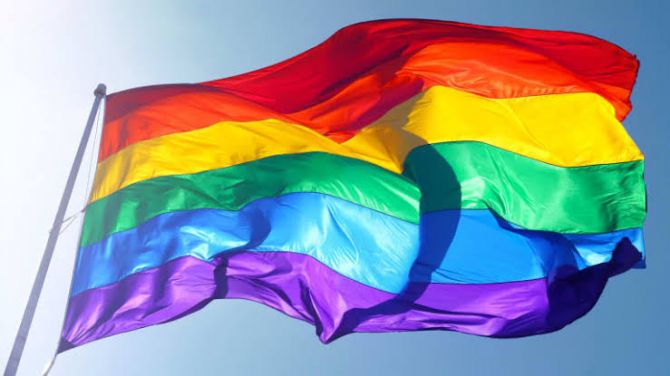 IMAGE: The LGBTQ flag reflects the diversity of the LGBT community and the spectrum of human sexuality and gender. Photograph: Kind Courtesy Qatar Tales/Twitter

With the upcoming Qatar World Cup already facing flack for various human rights violations in the lead up to the mega sporting event to be held in the Middle Eastern nation later this year, a new set of controversial comments by a top Qatari official challenging FIFA’s stance on a ‘safe and inclusive event’ is set to dominate headlines in the coming days.

According to an AP report, Major General Abdulaziz Abdullah Al Ansari, who is the Director of the Department of International Cooperation and Chairman of the National Counterterrorism Committee at the Ministry of Interior insisted that Rainbow flags could be taken from fans at the World Cup in Qatar to protect them from being attacked for promoting gay rights.

But Al Ansari is against the overt promotion of LGBTQ freedoms as symbolized by the rainbow flag that FIFA and World Cup organizers had previously said would be welcome across Qatar's eight stadiums.

“If he (a fan) raised the rainbow flag and I took it from him, it's not because I really want to, really, take it, to really insult him, but to protect him,” Al Ansari told the AP. “Because if it's not me, somebody else around him might attack (him) ... I cannot guarantee the behavior of the whole people. And I will tell him: Please, no need to really raise that flag at this point.'”

“You want to demonstrate your view about the (LGBTQ) situation, demonstrate it in a society where it will be accepted,” he said. “We realize that this man got the ticket, comes here to watch the game, not to demonstrate, a political (act) or something which is in his mind.

“Watch the game. That's good. But don't really come in and insult the whole society because of this.”

Al Ansari said he is not telling LBGTQ fans to stay away from Qatar or warning them of facing prosecution.

“Reserve the room together, sleep together - this is something that's not in our concern,” he said. “We are here to manage the tournament. Let's not go beyond, the individual personal things which might be happening between these people ... this is actually the concept.

When it was pointed out that visiting fans and teams could take offense to the comments, Al Ansari said he did not view himself as being discriminatory.

“I am risking ... a minority view against a majority,” he said. “We have to be close to the problem before it erupts and gets out of control. ... If somebody attacks you, then I have to get involved and it will be too late.”

Meanwhile, FIFA’s position contradicts that of the Qatari organisers with FIFA President Gianni Infantino saiying this week in Doha that “everyone will see that everyone is welcome here in Qatar, even if we speak about LGBTQ.” 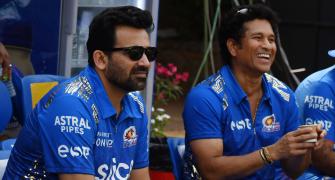 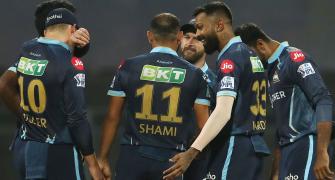 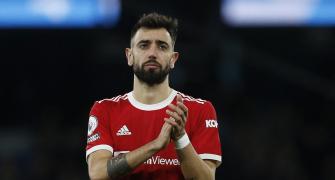 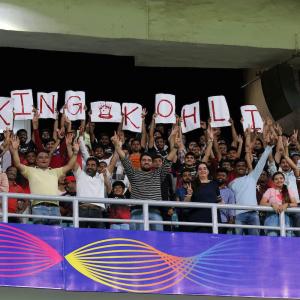 IPL crowd capacity scaled up to 50 per cent