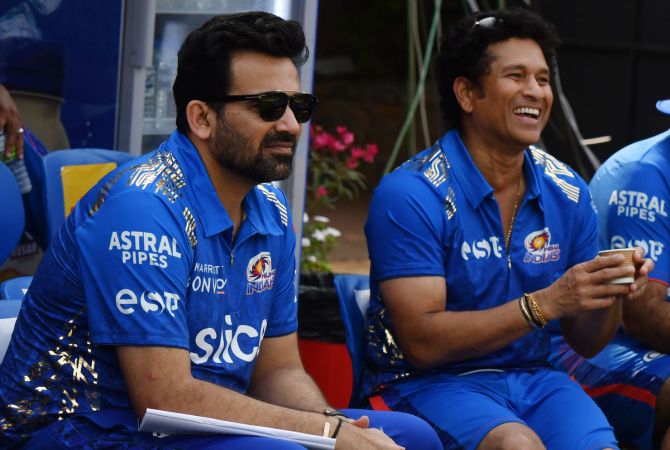 Mumbai Indians' director of cricket Zaheer Khan on Friday admitted that the five-time champions are slow starters but said it is important to keep the mood of the side upbeat in a long tournament like the IPL.

As has been the case in the past, MI had a disappointing start to the season, losing by four wickets to Delhi Capitals in their opening match of IPL 2022.

"There have been a lot of constructive chats around the options which we can take. You know the first game is always a tricky one and you know traditionally how we have been faring in the first game of the tournament. So, usually we have been slow starters," Zaheer said ahead of their game against Rajasthan Royals at the DY Patil stadium in Navi Mumbai on Saturday.

"It is a long tournament, so you have to keep the mood upbeat. Still early days, very early days I would say, so that is how the whole camp is looking at it. The intensity, the preparation, the way everyone is doing their business is fantastic. We are looking for that first win."

Zaheer also confirmed that their ace batsman Suryakumar Yadav will be available for selection against Royals after recovering from a finger injury.

"Like I said earlier he has been practicing, so that is something which we are all eagerly waiting for and in terms of his availability for the next game, yes he is (available)," he said.

Yadav had suffered a hairline fracture while fielding in the third and final T20I against the West Indies in Kolkata in February and was recuperating at the National Cricket Academy in Bengaluru, due to which he missed Mumbai's opening game against Delhi Capitals.

There was another injury scare for Mumbai Indians in their first game when Ishan Kishan was hit on the toe by a Shardul Thakur yorker and Aryan Juyal kept wickets in his place.

But Zaheer said Kishan is fit for the game against Royals.

"He (Kishan) is absolutely fine. We have taken necessary actions. He has been practicing regularly and we had a gap in between so that also helped him."

Mumbai Indians failed to defend 177 against Delhi Capitals, but the former India pacer is not too bothered about the team's bowling.

"I am happy with the way the plans are working, the way everyone is looking at approaching this year. You will definitely see the change in the coming games.

"It was good learning for us. You have seen the CCI wicket is not an easy wicket for bowlers. You have seen in yesterday's game also, 200 runs were chased. So, it was not an easy day for the bowlers, but in terms of planning and preparation they are right on the money," added Zaheer. 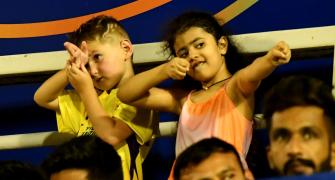 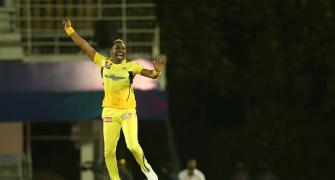 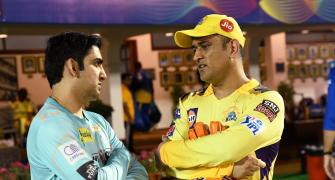 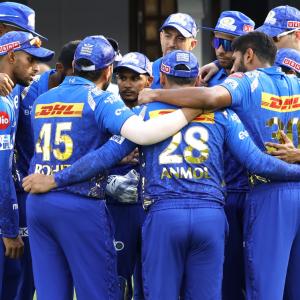