The Birmingham Commonwealth Games reached a high-octane conclusion on Monday by celebrating 11 days of compelling competition and sending the multi-sport event back to Australia in 2026 with new relevance and purpose.

Certainly Birmingham had plenty of reason to party having come to the Games' rescue on short notice after Durban, South Africa was stripped of them and delivered what by almost every standard was a hugely successful event.

More than 1.5 million tickets were sold as spectators packed into venues, creating a buzz across the West Midlands that officials say will linger for years and could lead to a possible Olympic bid in the future.

"These Games have been bold, buzzing and absolutely brilliant," Commonwealth Games Federation President Louise Martin told a capacity crowd at Alexander Stadium during the closing ceremonies.

"Athletes 11 days ago I asked you to seize the moment - with 877 medals awarded, 97 Commonwealth records and four world records broken you all rose to the challenge.

"As we bring these Games to a close please remember this is not the end."

More important than medals the Games forged a new identity in Birmingham by focusing on innovation, diversity and inclusion rather than new arenas and stadiums.

Sometimes viewed as a relic of the British Empire's colonial past, the Commonwealth Games Federation (CGF) has looked to an innovative future in Birmingham by embracing inclusion and accessibility in ways not seen at a major international competition.

For the first time at a major multi-sport event there were more medal events for women (136) than men (134) at the Commonwealth Games and a record eight integrated para-sports with podium finishes counting in the overall medal standings.

Australia, which will be hosting the Games for the third time in the last six editions in 2026, once again topped the medal table with 67 gold and an overall haul of 178.

England kept it close right down to the final day of competition but fell just short with 176 total medals and 57 gold.

While many of the sports lacked depth that was not the case in the pool.

Having brought their A Team of Olympic champions and world record holders to Birmingham, the Australians laid siege to the Sandwell Aquatic Centre and won nearly half (65) of the 156 total medals on offer, including 25 of the 52 golds.

Emma McKeon reached the podium eight times, including winning six gold medals, to make the Australian the most decorated and successful Commonwealth Games athlete of all-time with 20 total medals and 14 gold.

Hosts England had plenty to cheer as well with gymnast Jake Jarman collecting four golds and swimmer Adam Peaty rebounding from a disappointing loss in his signature event the 100 metres breastroke to win the 50m. 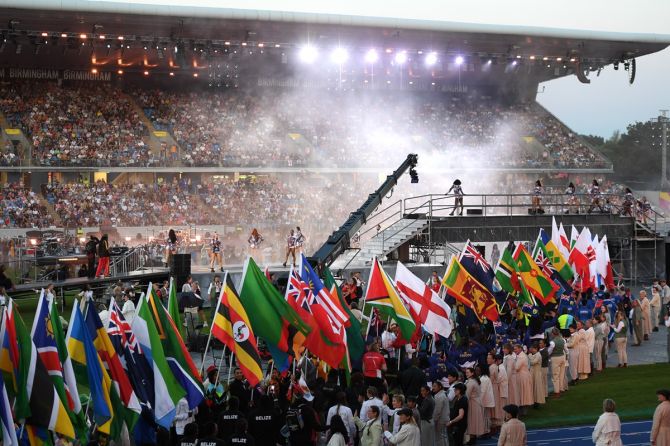 Nowhere was there more energy than at Edgbaston Stadium where women's cricket made its Games debut to rave reviews as top-ranked Australia grabbed gold with a win over India.

But part of the Games' unique charm is provided by the competitors from a host of smaller nations and territories.

Niue, home to just 1,600 residents, had a bowls team comprised of the country's Premier Dalton Tagelagi and his 14-year-old son Tukala.

But it was heavyweight boxer Duken Tutakitoa-Williams that brought the small coral island in the South Pacific its first ever Games medal by winning a bronze.

George Miller became the oldest gold medallist in the history of the Commonwealth Games when the 75-year-old helped Scotland to victory in the B2/B3 mixed pairs bowls.

However, the biggest star of the Games may well have been the gigantic mechanical raging bull used in the opening ceremonies then moved to Birmingham's Centenary Square where it attracted massive crowds each day.

The bull became so popular that a campaign was launched to keep it from being dismantled and it received a lease on life, at least until the end September, with plans to use it the city's Pride parade. 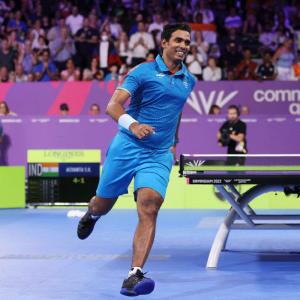 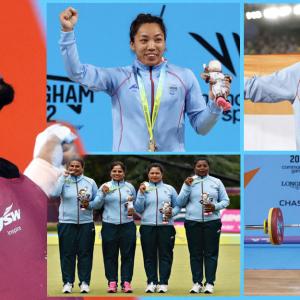