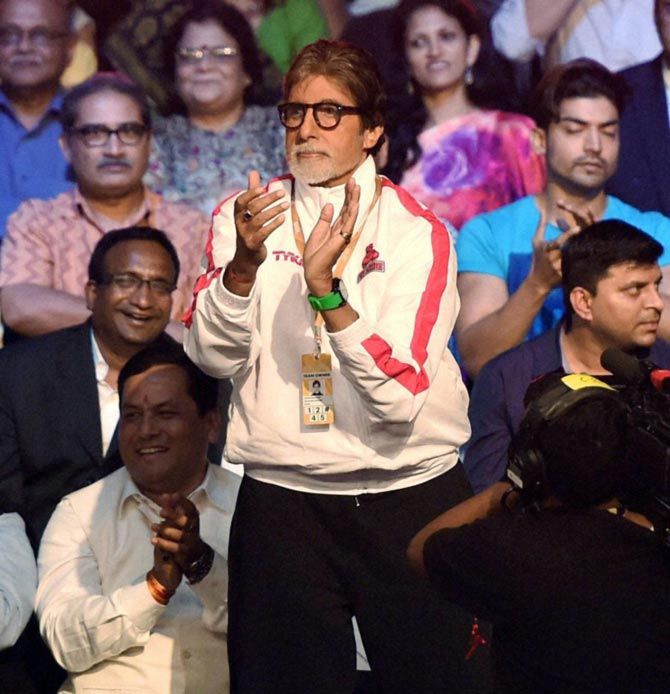 The Bachchan family were out in full force but despite even their presence could not prevent their team Jaipur Pink Panthers from going down to hosts U Mumba in the opening game of the Star Sports Pro-Kabaddi League on a rousing note at the NSCI Stadium in Mumbai, on Saturday.

Mumbai registered a thrilling 29-28 win over defending champions Jaipur Pink Panthers to kick off their campaign in grand style. 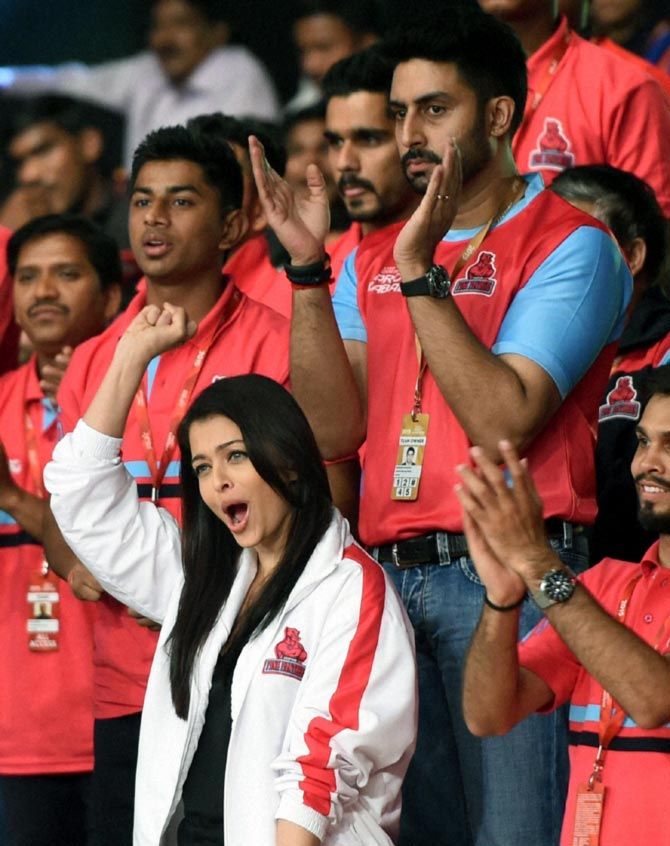 The match was watched by Union Sports Minister Sarbananda Sonowal, Maharashtra CM Devendra Fadnavis, cricket legend Kapil Dev, along with Bollywood stars Amitabh and Jaya Bachchan, whose son Abhishek is the owner of the Jaipur team. Rishi Kapoor, Aamir Khan and Riteish and Genelia Deshmukh were also there among some of the other Bollywood celebrities.

Amitabh sang the national anthem during the opening ceremony of eight-team league. The Mumbai franchise had the better hold of the proceedings almost throughout the game and came up with important points to clinch the opening game of season two.

For Jaipur, who twice made Mumbai all out, Jasvir had an all-round outing with 4 points from raids and three from defense while Kuldeep Singh topped in tackling with 5 points. 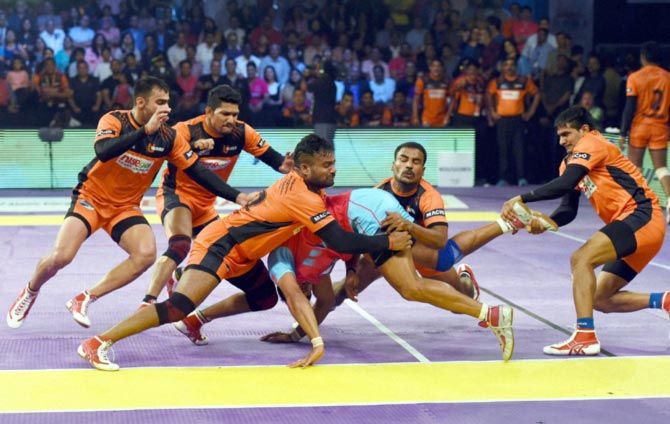 The players in action during the Pro Kabaddi League match between Jaipur Pink Panthers and U Mumba. Photograph: PTI

In the second game of the day, Bengaluru Bulls made a splendid fight back after trailing 2-12 early in the first half to get the better of Bengal Warriors 33-25.