News
Business
Movies
Sports
Cricket
Get Ahead
Money Tips
Shopping
Sign in  |  Create a Rediffmail account
Rediff.com  » Sports » Paes back in training with Olympics on mind 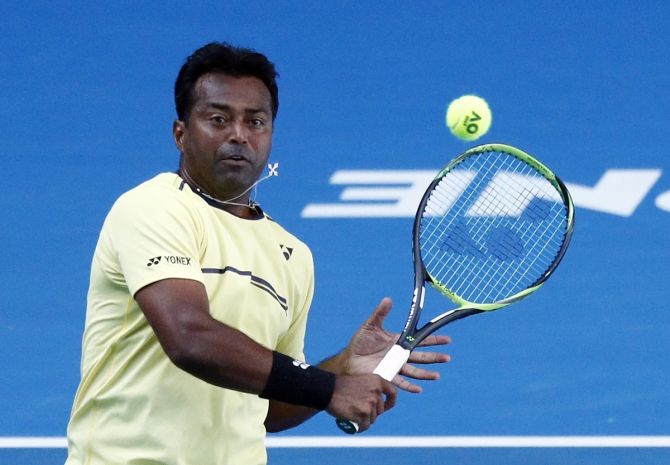 IMAGE: India’s tennis icon Leander Paes says he’s getting back into rhythm as he prepares for the French Open, Wimbledon and Tokyo Olympics. Photograph: Edgar Su/Reuters

Only the best players should represent the country in the Olympics, says Indian tennis stalwart Leander Paes, who is back in training after a break with the Tokyo Games in mind.

Talking on the sidelines of the Tennis Premier League auction on Tuesday, Paes said he has started hard training with focus on the French Open, Wimbledon and Tokyo Olympics, which is scheduled for July-August.

“I am aware of the French Open, Wimbledon and also the Olympics... the three big ones in the near future, and that's what I will be focusing on," he said.

“I have always been a patriot and believe that only the best players should represent the country,” added the 47-year-old, referring to the Olympics.

In December 2019, Paes had said 2020 would be his final year in the professional circuit. That was before the COVID-19 pandemic broke out.

He said he took a complete break from tennis during the pandemic and began training since the last three weeks.

"By the end of 2019 I was jaded and tired from all the travelling and playing at the highest level. The enforced lockdown helped me spend quality time with my dad, my mom, my daughter and I was rejuvenated,” said Paes, the first Indian and only tennis player to participate in seven Olympics.

“I have begun training hard; back to my diet and have lost six kgs in three weeks. I am getting back into my rhythm,” he added.

Paes, who won a bronze medal in singles at the 1996 Games in Atlanta, is the co-owner of Mumbai Leon Army in the Tennis Premier League and mentor for the event.

"Besides providing a much-needed platform for our players to showcase their talent, the TPL also brings an entire community together with the owners, celebrities, sponsors, mentors, coaches and players, which is so important for a sport to grow.”

Paes also said he won't be surprised if Rafael Nadal betters Roger Federer's all-time Grand Slam title record by winning the French Open. He was quick though to add that “my champion (Novak) Djokovic would better all records”. 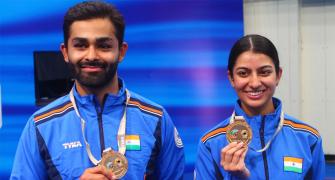 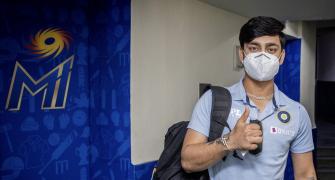 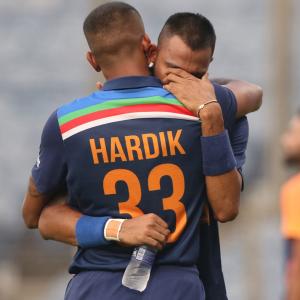