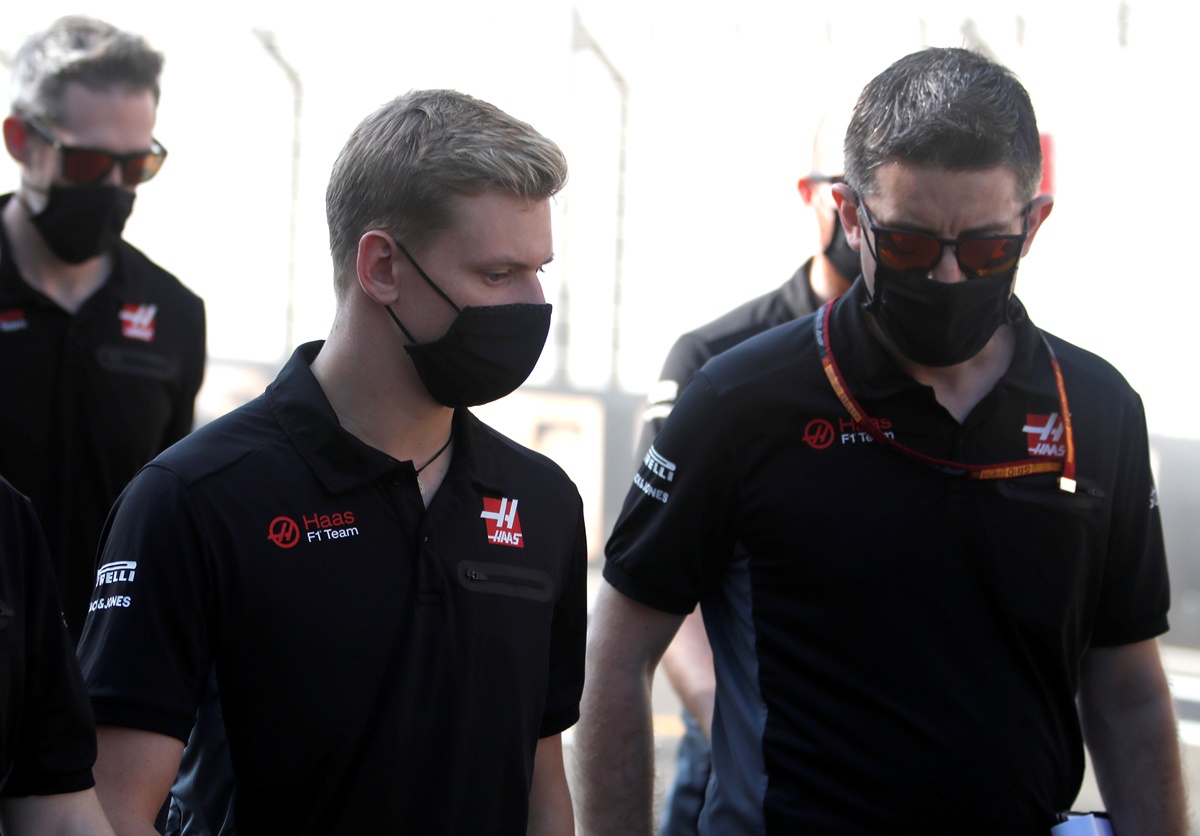 Mick Schumacher made his first track appearance as a fully signed-up Formula One driver on Friday when the German took part in opening practice at the season-ending Abu Dhabi Grand Prix.

The newly crowned Formula Two champion, son of Ferrari great and seven times F1 world champion Michael Schumacher, did 23 laps and was 18th fastest for the U.S.-owned Haas team he will race for in 2021.

It was the first time a Schumacher had taken part in a session at a grand prix weekend since Michael's last race with Mercedes in Brazil in 2012.

"I think it's an exciting moment for the whole of Formula One, not only for us. We are honoured to be giving him the first (official) outing," declared Haas team principal Guenther Steiner.

"It's a fantastic thing to have a Schumacher back in Formula One."

Schumacher had been due to make his practice debut at the Nuerburgring in October, ahead of the Eifel Grand Prix, with Alfa Romeo but fog prevented the German from doing any laps on home asphalt.

Steiner said the 21-year-old would have a more meaningful stint when the Yas Marina circuit hosts a young driver test next week.

"FP1 (first practice) is always difficult, you've got two sets of tyres, everybody is looking at you, the pressure is high, your focus is not doing anything wrong," he said. "The real work starts on Tuesday."

Schumacher told reporters on a video conference that everything had gone well with no major issues.

"It was a hell of a ride, it was really fun and great to be back in a Formula One car," the German, who has tested in F1 and done demonstration runs in older cars including those raced by his father, said of his first run.

"Any running is good and great preparation for next year."

Haas are ninth of 10 teams in the standings and Schumacher can expect to go from an F2 front-runner to an F1 tail-ender next season.

He said it was all about understanding the goals and setting them accordingly.

"I would say next year is really going to be to manage our expectation and be open-minded on every aspect," he said.

Valtteri Bottas was fastest on the opening day of Formula One practice for the season-ending Abu Dhabi Grand Prix ahead of team mate Lewis Hamilton who completed a one-two for Mercedes on his return.

The Finn, second in the first of Friday’s two sessions, lapped the Yas Marina track in one minute 36.276 seconds in the evening under the floodlights to go 0.203 seconds quicker than Hamilton.

But the Briton, back in action after missing last week’s Sakhir Grand Prix due to COVID-19, had his quickest time, which would have been good enough to put him at the top of the timesheets, deleted for exceeding track limits.

“The car felt pretty good,” said Bottas, who is hoping to turn the page on a run of bad luck and poor performances with victory in Sunday’s finale.

“Still as always work to do with the balance, main issue is getting the balance together throughout the lap.”

Hamilton, who suffered brake problems in the first session which he ended with the fifth quickest time, said his day had been spent re-familiarising himself with his car.

“The car wasn’t quite the way it was when I had left it,” said the 35-year-old, who has already wrapped up a record-equalling seventh world title.

“The balance wasn't the same that obviously I had got to previously,” added the Briton, who pitted to swap steering wheels in the second session.

Mercedes' Friday performance marked a return to more familiar territory after a pitstop bungle cost them a certain one-two at the last race in Sakhir.

The Brackley-based team, who wrapped up a record seventh consecutive title double this season, are favourites going into Sunday's race. They have won in Abu Dhabi in the last six years.

Dutchman Max Verstappen, fastest ahead of Bottas in the first session, ended the day in his now customary third for Red Bull ahead of team mate Alexander Albon.

The 90-minute session was briefly halted with 17 minutes on the clock after the engine in Kimi Raikkonen’s Alfa Romeo expired in a plume of smoke and fire.

The ‘Iceman’, as he is called, hot-footed it out of his cockpit and, grabbing a fire extinguisher, coolly put out the flames.

“No, there was nothing scary about it,” the 40-year-old told Formula One TV with his trademark coolness. “It’s one of those things.”

George Russell, who stood in for Hamilton in Sakhir and nearly won on his Mercedes debut, was back in his Williams.

Like Raikkonen, the Briton’s session came to an early end with smoke coming out of the back of his car.

Fastest for Mercedes in Sakhir last Friday, he ended the day 18th.

Teams used much of Friday’s first session to test parts ahead of minor rule changes set to be introduced next year.

They also spent the opening part of the second session trying out prototype 2021 tyres.

The 21-year-old German, who will make his race debut with the U.S.-owned team next year, ended that session 18th.

© Copyright 2021 Reuters Limited. All rights reserved. Republication or redistribution of Reuters content, including by framing or similar means, is expressly prohibited without the prior written consent of Reuters. Reuters shall not be liable for any errors or delays in the content, or for any actions taken in reliance thereon.
Related News: Mick Schumacher, Abu Dhabi Grand Prix, Lewis Hamilton, Alfa Romeo, Valtteri Bottas
SHARE THIS STORYCOMMENT
Print this article