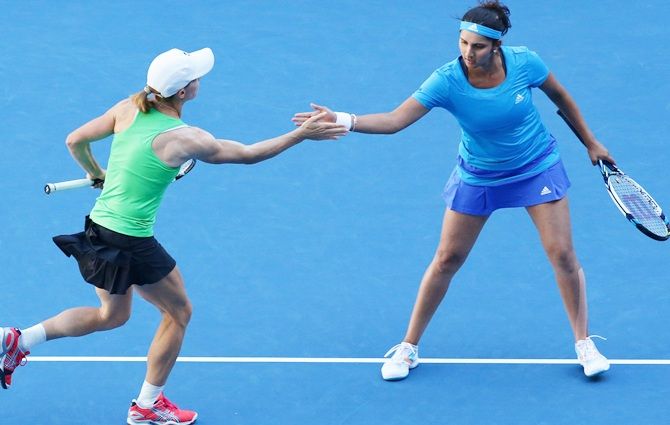 Indian tennis ace Sania Mirza fought through a gruelling schedule to enter the last 16 of women's doubles and quarterfinals of mixed doubles by winning both her respective second-round matches on an all-win day for Indians in the US Open in New York.

- US Open: No place to hide for top seeds as Krunic adds to upsets

Sania first teamed up Zimbabwean Cara Back in women's doubles to beat the French-Romanian combine of Caroline Garcia and Monica Niculescu 6-1, 6-2.

The third-seeded Indo-Zimbabwean team will now be up against Serbia's Jelena Jankovic and Czech Republic's Klara Koukalova.

In the evening session, Sania was back on the court pairing up with Brazillian Bruno Soares in the mixed doubles second round.

The top-billed combination sailed past the Australia-British team of Casey Dellacqua and Jamie Murray 6-2, 7-6 (8).

Their quarterfinal opponents will be the winners of the match between the Spanish-South African pair of A Medina Garrigues and Raven Klaasen and the sixth-seeded Indo-Slovakian duo of Rohan Bopanna and Katarina Srebotnik.

Among other Indians in fray, Leander Paes and Cara Black also advanced to the mixed doubles quarterfinals. The third seeds edged past Russia's Alla Kudryavtseva and Pakistan's Aisam-Ul-Haq Qureshi 6-1, 4-6, 10-4.

They will now be up against American Abigail Spears and Mexico's Santiago Gonzalez. 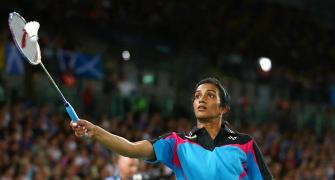 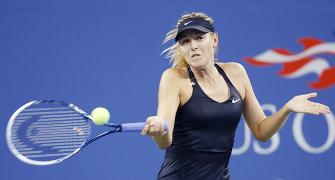 US Open: Sharapova advances as seeds tumble in women's draw; Federer rolls on 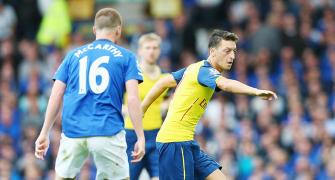 I'm one of the best players in that No. 10 position: Ozil hits back at critics 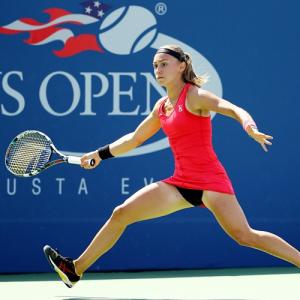