The Indian Olympic Association on Monday withdrew its threat to boycott the 2022 Commonwealth Games in Birmingham over shooting's exclusion while announcing that the country will bid to host either the 2026 or the 2030 edition.

During its Annual General Meeting in New Delhi, the IOA, on the advice of Commonwealth Games Federation (CGF), also decided to submit a formal proposal to host a Commonwealth Shooting Championships before the main Games, an idea mooted by both the national and international shooting bodies to make up for the sport's exclusion from 2022 CWG.

"In the AGM, we have taken back the decision to withdraw from the 2022 Commonwealth Games in Birmingham. Our country's contingent will go for the 2022 CWG," IOA secretary general Rajeev Mehta told a press conference after the AGM.

"The CGF and the entire Commonwealth Sport Movement are delighted India has confirmed their intent to participate at the Birmingham 2022 Commonwealth Games during their Annual General Meeting in New Delhi,"  Louise Martin said in a press release.

In New Delhi, with IOA chief Narinder Batra by his side, Mehta said, "We are also bidding for either the 2026 or 2030 Commonwealth Games. The House passed a resolution on this bid."

The country's apex body for Olympic sports will next approach the government for the necessary clearances to host the multi-sport event. The country hosted the 2010 edition in the national capital, the build-up to which was marred by one controversy after another.

The host city of the 2026 Games was supposed to be finalised at the 2019 CGF General Assembly in Kigali, Rwanda, but was postponed, and will now be announced next year.

In July, Batra had written to the Sports Ministry, proposing boycott of the 2022 CWG for dropping shooting from its roster.

After a visit by CGF president Louise Martin and CEO David Grevemberg last month to India, Batra had indicated that the IOA may reconsider the withdrawal call and had said at the time that a decision will be taken at the AGM.

It was, however, not clear if the IOA had got any assurance from the CGF on whether medals won in the proposed shooting tournament will be added to India's final tally in the 2022 CWG.

"We don't want to pre-empt what is going to happen in March 2020. Everything has happened in good faith and we want to remain positive and hope for the best," Batra said.

"The CGF has shown positivity (while asking for a formal proposal for Commonwealth Shooting Championships) and we are showing positivity (by agreeing to submit the proposal). We will cross the bridge when we reach there," he added.

Interestingly, he said the AGM also passed a resolution to request the CGF to host a Commonwealth Championships of archery, which is also not on the roster of 2022 CWG, on the lines of shooting.

"We are sending two proposals, for hosting Commonwealth Championships for shooting and archery," Batra said.

He also informed that India will have to submit the final bid to the International Olympic Committee for hosting the prestigious IOC Session in 2023 in Mumbai.

He also said that the 2020 National Games in Goa, from October 20 to November 4, has been confirmed by the AGM.

Batra refused to comment on the controversial Draft Sports Code of 2017, which has been pending before the Delhi High Court, though he said that the IOA has rejected it.

Batra was a member of the committee that drafted the 2017 Sports Code but he said he was a part of the panel in his capacity as FIH chief and not as a member of IOA or any NSF.

"Out of the remaining seven, only two follow age and tenure and remaining five follow either age or  tenure guidelines and not both. I gave that report."

He said he had recused himself from the new committee formed by the sports ministry to have a re-look at the 2017 Draft Sports Code.

Mehta said that at least 125 athletes are likely to take part in the 2020 Tokyo Olympics.

"We are expecting a double digit medals," Batra chipped in. 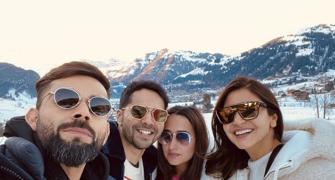 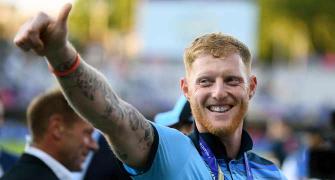 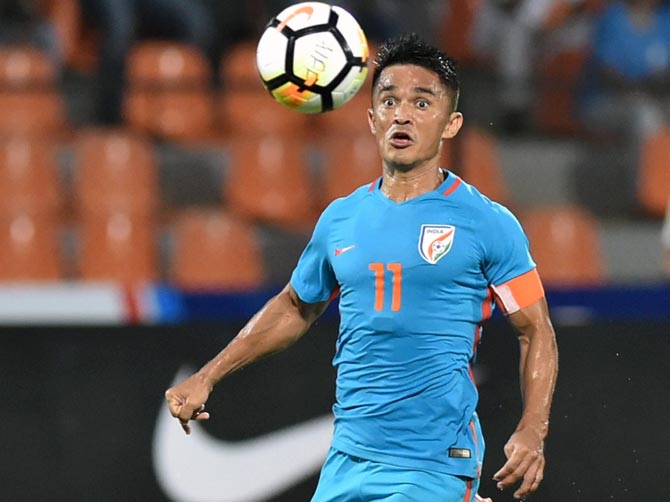