Real Madrid coach Santiago Solari sought to play down any talk of a rift with Gareth Bale, saying the Welshman is "100 percent focused" on their upcoming two El Clasico meetings with Barcelona over the next four days.

The 29-year-old has been named as a substitute in Real's past two La Liga games and refused to celebrate after scoring the decisive goal in his side's 2-1 victory over Levante on Sunday, leading to heavy criticism in local and national media.

However, there was no indication of any problems within the dressing room as a jovial Bale trained with the rest of his team mates on Tuesday.

Speaking at a news conference ahead of Wednesday's Copa del Rey semi-final second leg (1-1 on aggregate), Solari fielded several questions regarding Bale. The Argentine insisted it was business as usual and intimated he has dealt with the situation.

"I can understand why you are wanting to look at it like that and that the media are focusing on what they think they need to do, but we're just concentrating on the game," Solari said.

"What's spoken about in private stays there. We've got a great game coming up, we've fought hard to be here, the first leg was a good game and we're 100 percent focused on the return leg. As is Gareth, as are all the players."

Whether Bale returns to the starting line-up for the crunch ties, and how the Bernabeu crowd receives him, will give a bigger indicator as to the forward's long-term future at the club.

Solari will welcome back captain Sergio Ramos, who missed the weekend's victory through suspension, as Real seek a first Copa crown since 2014. Full back Marcelo is also pushing for a return in the cup having lost his league starting berth to youngster Sergio Reguilon. The loss dealt a blow to third-placed Tottenham's title hopes and Pochettino appeared to vent his frustration at referee Mike Dean in a furious exchange, but the 46-year-old apologised to the official ahead of Wednesday's league trip to Chelsea.

"I will accept that charge. Watching my behaviour afterwards on video, I need to accept the charge from the FA," Pochettino told a news conference.

"I need to apologise to Mike Dean, I can't behave that way. It's not the way to behave and I'm going to accept the charge.

"My behaviour was public and now I want to apologise in a public way. I need to apologise to him and all the officials."

Pochettino, who faces the prospect of a fine or a touchline ban, would not reveal what Dean said to him which appeared to provoke the reaction.

"All that happened on the pitch stays on there. I think that is the most important, we need to accept that we are with our emotion," Pochettino added.

"It's not important, I don't take it personally. When your heart rate is so high you need to be careful how you take words. All that happened on the pitch, I'll never translate off it."

Tottenham are on 60 points from 27 games in the league, six points behind leaders Liverpool and five behind champions Manchester City.

Manchester United manager Ole Gunnar Solskjaer has turned to his Under-23 players after a spate of injuries left him short of options for Wednesday's Premier League trip to Crystal Palace.

Having lost Nemanja Matic before Sunday's goalless draw with Liverpool, United's injury woes worsened as Ander Herrera, Juan Mata and Jesse Lingard picked up knocks in the first half and Marcus Rashford completed the game with an ankle problem.

"We've not really had a session yet so I don't think there's a lot of positives. I don't know," Solskjaer, who has guided United to eight wins in 10 league games since taking over in December, told a news conference.

Solskjaer has called up midfielders Angel Gomes, Tahith Chong and defender Jimmy Garner and backed the three teenagers to step up to the challenge.

"They have been part of our training for a long time," Solskjaer added. "Angel has been with England Under-17s with Jadon Sancho, Phil Foden and Callum Hudson-Odoi.

"Garner is a Michael Carrick but 20 years younger, Chongy will be taking people on. They are ready."

The Norwegian admitted the decision to rush Lingard back for the Liverpool game was hasty and he will not make a similar mistake with Martial.

"In hindsight you could maybe say Jesse was eager, he ticked all the boxes in training. He'd done the recovery work and rehab but maybe it was a couple of days too early," Solskjaer added.

"Martial isn't going to be ready. Maybe Southampton (on Saturday) but we're not going to risk another one."

United are fifth in the table with 52 points from 27 games. The Luxembourg-based General Court said the European Commission erred in assessing the facts and had not shown to the requisite legal standard that the measures under investigation had given the soccer clubs an advantage.

The Commission in its July 2016 ruling said the two soccer clubs, together with Real Madrid and Atletico Osasuna, enjoyed a 25 percent tax rate for more than 20 years, compared to the 30 percent norm for sports companies.

The EU competition enforcer ordered the four clubs each to pay back taxes up to 5 million euros ($5.7 million).

© Copyright 2021 Reuters Limited. All rights reserved. Republication or redistribution of Reuters content, including by framing or similar means, is expressly prohibited without the prior written consent of Reuters. Reuters shall not be liable for any errors or delays in the content, or for any actions taken in reliance thereon.
Related News: Tottenham, EU, Mauricio Pochettino, FA, Mike Dean
SHARE THIS STORYCOMMENT
Print this article 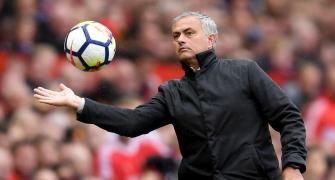 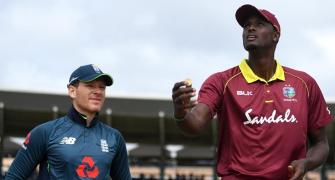