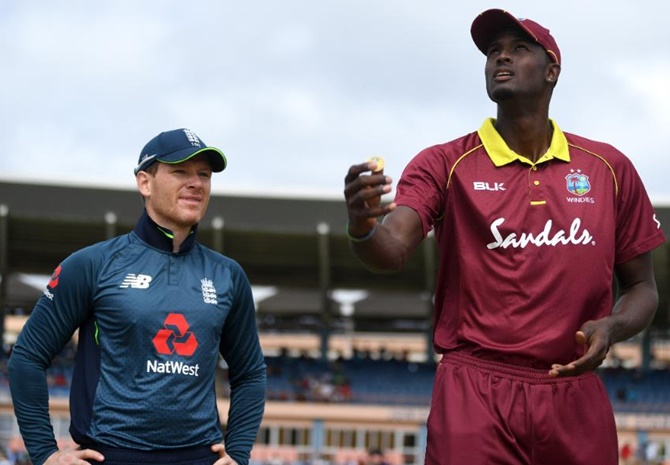 IMAGE: West Indies and England are tied at 1-1 in the five-match series. Photograph: ICC/Twitter

West Indies have not won a bilateral One-day series in close to five years but they can shock any team at the World Cup, interim coach Richard Pybus has said.

Key to West Indies' renewed confidence is the return of veteran opener Chris Gayle, who proved his worth with a century and half-century in the first two one-dayers against England this month.

The left-handed opening batsman will be joined by Andre Russell for the final two matches, after the experienced all-rounder was recalled to the squad for the first time since last July.

"I know the right West Indies combination with a fully-focused side can beat anyone on their day," Pybus told reporters.

"I wasn't at the World Cup qualifiers but, with the group of guys we have now, we feel confident (we) could take down anyone on their day."

Pybus' comments were echoed by England coach Trevor Bayliss, who reckons West Indies have the batting firepower to win their first 50-overs World Cup since 1979.

"The Windies have been playing some decent cricket over the last 18 months," he said.

"With the size of their batters and the way some of them hit the ball, there can be a chance of winning that World Cup."

Pybus hailed Gayle's instant impact on the team and also defended his cautious starts with the bat in each of the first two matches.

"He's just class really. It's always great having guys in your side who are a bit scary for the opposition who know full well what they can deliver," he added.

"In those first two games, Chris was getting a feel for a spongy wicket batting first. But, as we have all seen in T20, he can attack that first powerplay brutally."

West Indies and England are tied at 1-1 in the five-match series with the fourth ODI set for Wednesday in Grenada.

© Copyright 2020 Reuters Limited. All rights reserved. Republication or redistribution of Reuters content, including by framing or similar means, is expressly prohibited without the prior written consent of Reuters. Reuters shall not be liable for any errors or delays in the content, or for any actions taken in reliance thereon.
Related News: Richard Pybus, Chris Gayle, England, ODI, Trevor Bayliss
SHARE THIS STORYCOMMENT
Print this article 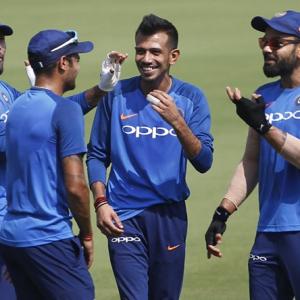 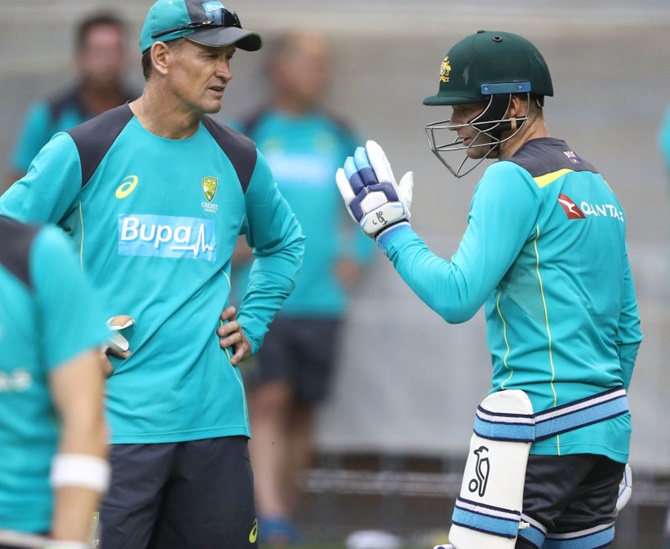 Australia's quest for a wicketkeeper...