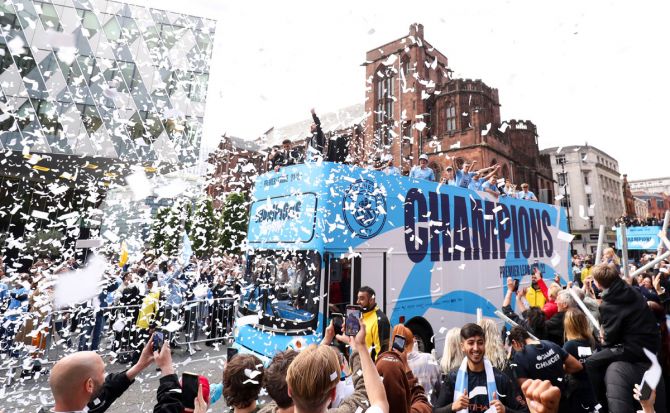 IMAGE: Manchester City's players and staff, decked in City's sky blue and holding the Premier League trophy aloft, waved at fans from an open top bus as confetti rained down and blue smoke flares were lit along the route. Photographs: Lewis Storey/Getty Images

Manchester City celebrated their fourth Premier League title in five years in spectacular style on Monday as fans thronged the streets of the city to party with their heroes for the first time since the COVID-19 pandemic.

City nearly lost their crown to Liverpool on the last day of the season on Sunday when Pep Guardiola's side found themselves 2-0 down at home to Aston Villa before scoring three goals in a dramatic five-minute turnaround to win 3-2. 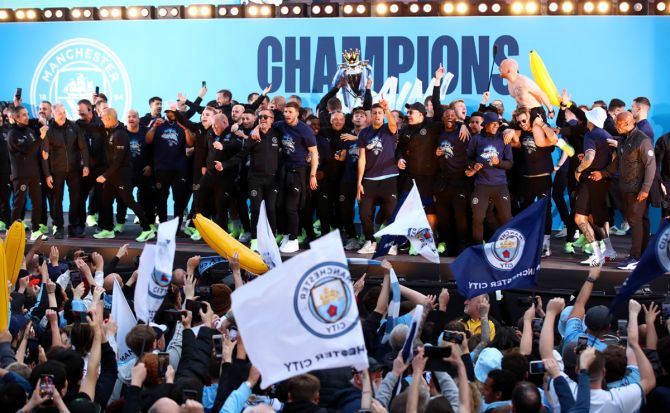 The players and staff, decked in City's sky blue and holding the Premier League trophy aloft, waved at fans from an open top bus as confetti rained down and blue smoke flares were lit along the route.

"It is amazing, to do this for the fourth time. We couldn't really do it last year because of COVID but amazing to see so many people here to celebrate with us," midfielder Kevin De Bruyne said.

"The players have pushed me all the way. I've been here seven years and I love them. I have three more years and I'm definitely staying, this is where I want to be and win more trophies." 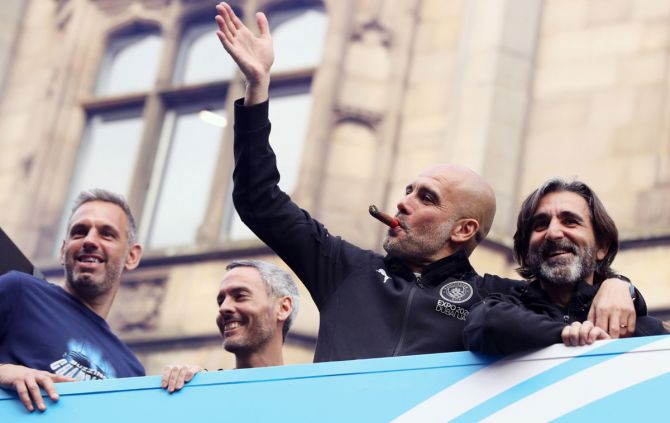 The Belgian was named the Premier League's Player of the Season, having won the award for a second time after scoring 15 goals and providing eight assists -- including one for the winner against Villa scored by Ilkay Gundogan.

Gundogan added: "Honestly I didn't feel that much (scoring the winner), I got it on a plate from Kevin. Everything else was pure joy. Not a bad week, I cannot complain." 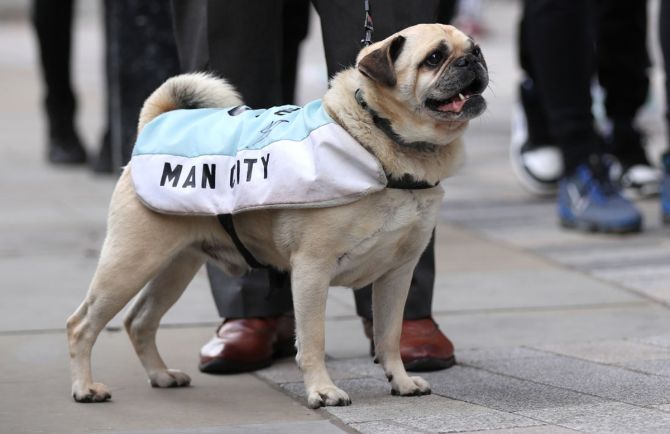 Guardiola, who became the most successful foreign manager in English football with his fourth league title, puffed away on a cigar and looked a rejuvenated man after a tense title race.

"Everybody knows it was an incredible achievement. This is the toughest league and we have won four since we've been here. I can see the happiness on the people's faces," Guardiola said.

"I am the best dancer of my staff, we will do it tonight. We saw the reaction when Ilkay Gundogan scored the winning goal." 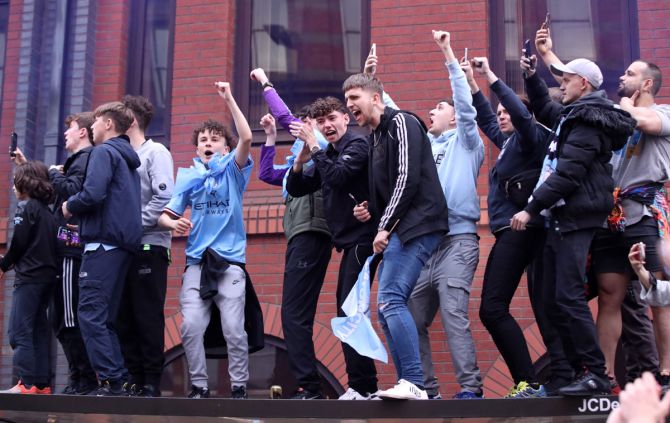 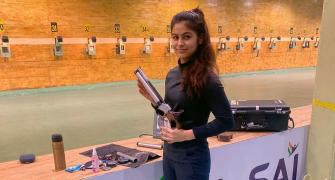 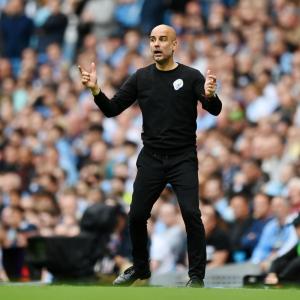 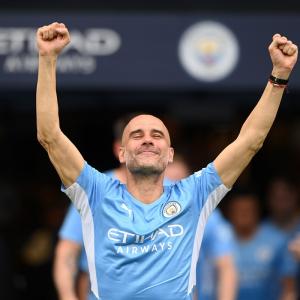