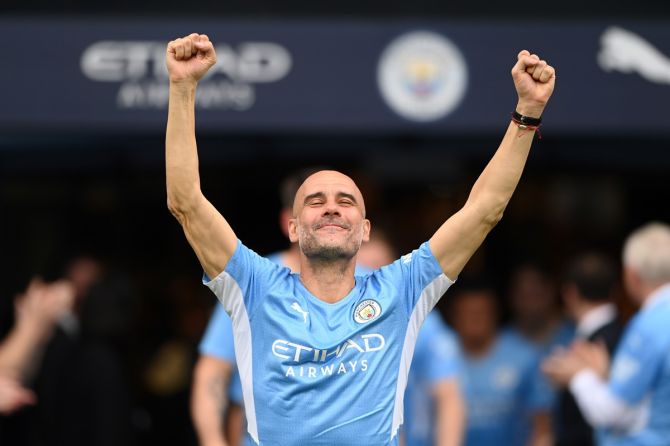 Manchester City won their fourth Premier League trophy in five years on Sunday but nearly let it slip from their hands, coming from two goals down to beat Aston Villa 3-2 with three goals inside an electrifying five minutes late in the second half.

After an afternoon of high nerves, laced with the fear of Liverpool pipping them to the title at the post, relieved and jubilant City fans poured onto the field at the final whistle.

"The moment we found a goal it changed everything. We are were not playing in normal circumstances but you have to handle it," said Guardiola.

"Gundogan is the best inside runner we have. We were arriving down the sides and we needed a player with the sense of tempo in the box and he’s the best," he added.

"We are legends. When you win the Premier League four times in five seasons it’s because these guys are so, so special. We will be remembered," added the Spaniard. 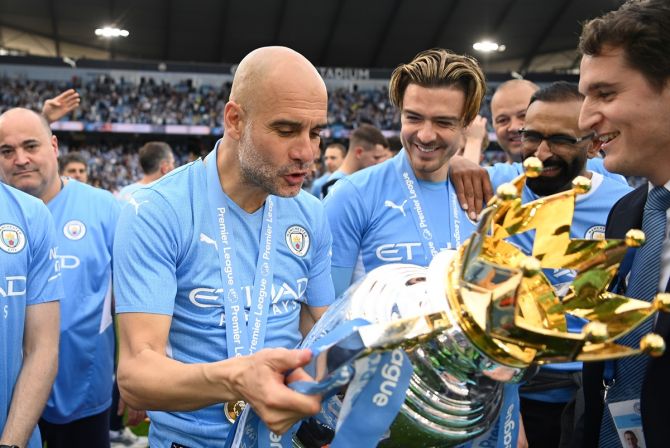 The day was set up for a party and there was a relaxed mood around the ground before kick-off. But that was soon to change as Villa, managed by former Liverpool captain Steven Gerrard, provided a twist in the storyline.

Matty Cash put Villa in front in the 37th minute with a fine header from a Lucas Digne cross from the left flank, and the mood in the stadium instantly changed.

City were far from their fluent best, lacking finesse as they piled on the pressure in search of a leveller but rarely troubling Villa goalkeeper Robin Olsen.

The edgy mood among the home fans turned to desperation after Philippe Coutinho then doubled the lead for Villa with a goal of pure simplicity.

Ollie Watkins headed on from a long Olsen goalkick, and the former Liverpool midfielder Coutinho produced a brilliant first touch to cut inside and then drilled the ball into the bottom corner.

Liverpool were level with Wolves at the time of Coutinho's strike, but City knew that a goal for Juergen Klopp's side could now take the title away from them.

But then came the City comeback blitz that sealed the title regardless of events at Anfield.

Two substitutes combined for the first, with Gundogan heading in a Raheem Sterling cross at the back post in the 76th minute.

Halftime substitute Oleksandr Zinchenko, on the left flank, then showed composure to pull the ball back to Rodri, and the Spaniard delivered a pinpoint finish -- side-footing into the bottom corner from 20 metres.

The title-winning goal came in the 81st minute when Kevin De Bruyne whipped in a low cross to Gundogan, who tapped in from close range, sending the crowd into rapturous delight.

"I’ve never seen a team like Liverpool. I know it’s tough but a huge congratulations to them. They help us to be a better team," he added. 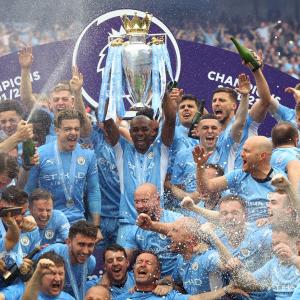 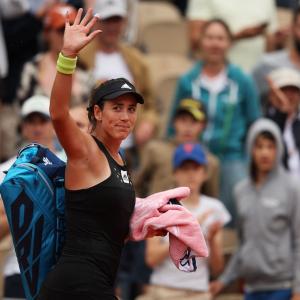