Manchester United suffered another blow to their fading Premier League title hopes after a dour 0-0 draw at Crystal Palace on Wednesday left them 14 points behind Manchester City ahead of Sunday's derby.

Runaway leaders City have 65 points from 27 games and are in a commanding position after second-placed United lacked edge in foggy conditions at Selhurst Park, failing to break down a resolute Palace who had the game's best chances.

It was a third successive 0-0 draw for United after a stalemate at Chelsea on Sunday and against Real Sociedad last Thursday which completed a 4-0 aggregate win over the Spanish side in the Europa League. "We have to do much better, we have to risk more in attack to create chances," the Serbian told Sky Sports.

"We are Manchester United, we have to win this kind of game. On Sunday we have a big game against Manchester City and we have to refocus for that.

"When we don’t win we are frustrated. The feeling in the dressing room wasn’t great. If we need to take some positives, it’s a clean sheet."

United were on the front foot for much of the game but their influential playmaker Bruno Fernandes failed to make any impact and the best chance fell to Palace, whose left back Patrick van Aanholt squandered a 90th-minute sitter. United striker Edinson Cavani was a surprise starter after missing the last four games with a muscle injury and he spurned a gilt-edged chance in the 14th minute when he skied a close-range shot over the bar.

Matic and Marcus Rashford also went close for United in the first half before a superb Joel Ward clearance denied Cavani a tap-in from three metres in the 44th minute.

Andros Townsend fired just wide for Palace on the hour before Dean Henderson thwarted Van Aanholt after a lovely through ball by Luka Milivojevic left the Palace defender one-on-one with the United goalkeeper.

Solskjaer was frustrated after a toothless performance by his weary-looking side.

"It's disappointing and if you’re not spot on you won’t win games," he said. "We kept giving the ball away. Then you don’t build momentum and that’s the game you get." Third-placed Leicester City were held to a 1-1 Premier League draw at lowly Burnley on Wednesday after their Nigerian striker Kelechi Iheanacho cancelled out Matej Vydra's opener.

The result left Leicester in third place, level on 50 points with Manchester United, who were facing Crystal Palace later on Wednesday. Both teams are 15 points behind leaders Manchester City.

Burnley grabbed a fourth-minute lead when Hamza Choudhury's poor pass back to Wilfred Ndidi was intercepted on the edge of the box by Vydra and the Czech striker blasted past Kasper Schmeichel for his first league goal of the season.

Choudhury could have made quick amends when Timothy Castagne found him unmarked in the box but he struck the ball into the ground and Nick Pope was able to tip over.

Despite the absence of key creative players James Maddison and Harvey Barnes, Leicester were a threat going forward and got reward for their endeavours with an impressive equaliser in the 34th minute.

Ndidi floated a beautifully weighted ball towards Iheanacho in the area and the Nigeria's timing and technique was perfect as he volleyed past Pope.

Burnley, 15th in the table, had been poor in their 4-0 loss at Tottenham on Sunday but had much more verve about them boosted by the return of Chris Wood to their attack.

The New Zealander, who had scored in his last three games against Leicester, his former club, forced Schmeichel into a superb diving save at the foot of the post with an angled header from a fine Matt Lowton cross.

Burnley midfielder Ashley Westwood struck the post with a drive from outside the box as Sean Dyche's side, still with a nervous eye on the relegation zone, searched for the full points.

Leicester also hit the woodwork with a Youri Tielemans shot, slightly deflected off Jack Cork, but Brendan Rodgers's side had to settle for the point.

"We didn't make a good start but showed the mentality of the players to come back into the game," the Leicester manager said.

Dyche was happy his team had shown the energy and defensive discipline for which they are known.

"It is pleasing in the sense of coming off a very tough game against Tottenham. Their keeper was arguably man of the match. I was really pleased with our approach play, it was much, much better," he said.

"Leicester are a good outfit despite having a number of injuries like ourselves. You can't be too greedy and the performance was important, getting back to what we are about."

Burnley are six points above 18th-placed Fulham, the highest placed side in the relegation zone, with 11 games left to play, although Fulham have a match in hand.

© Copyright 2021 Reuters Limited. All rights reserved. Republication or redistribution of Reuters content, including by framing or similar means, is expressly prohibited without the prior written consent of Reuters. Reuters shall not be liable for any errors or delays in the content, or for any actions taken in reliance thereon.
Related News: Manchester United, Crystal Palace, Jordan Ayew, Edinson Cavani, IMAGE
SHARE THIS STORYCOMMENT
Print this article 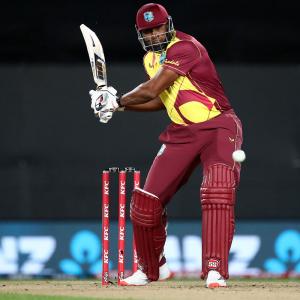