Liverpool maintain 100 per cent start with win over Arsenal 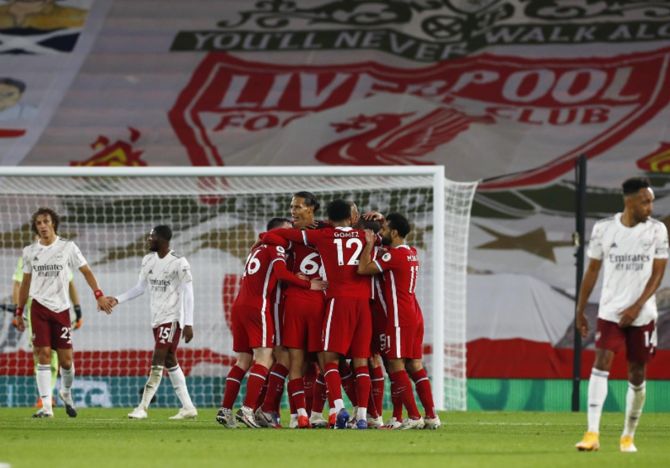 Premier League champions Liverpool maintained their 100 per cent start to the season with a 3-1 win against Arsenal at Anfield on Monday leaving them level on nine points with pacesetters Everton and Leicester City.

The visitors took the lead through an Alexandre Lacazette strike but Liverpool were in front by the break thanks to goals from Sadio Mane and Andy Robertson while substitute Diogo Jota made sure of the win with a late strike on his debut.

Liverpool created the early openings with Trent Alexander Arnold causing Arsenal problems down their left. His cross was headed goalwards by Virgil van Dijk but David Luiz cleared off the line and then another ball from the full-back was volleyed straight at goalkeeper Bernd Leno by Mane.

However, in the 25th minute, totally against the run of play, Arsenal grabbed the lead when they broke down the left and Robertson miscontrolled Ainsley Matiland-Niles’ cross, the ball falling to Lacazette whose scuffed shot deceived keeper Alisson.

Liverpool responded swiftly though, drawing level three minutes later when Mohamed Salah burst in from the left and Leno parried his shot straight into the path of Mane who made no mistake from close range.

Robertson then made up for his mistake when he was picked out by Alexander-Arnold at the far post, chested the cross down and flicked the ball past Leno to make it 2-1 after 34 minutes.

Arsenal made life more difficult for the home side after the break and should have drawn level in the 63rd minute when Lacazette sprung the offside trap but his shot was too easy for Alisson, who parried it to safety.

New Liverpool signing Jota, the Portuguese forward captured from Wolverhampton Wanderers, marked his debut from the bench with the goal that made sure of the win as he struck a well-taken volley from the edge of the box.

“(We were) dominant against a team in form and careful as hell that we did not get caught on the counter-attack,” said Liverpool manager Juergen Klopp.

“Alisson had to make one save, they had two chances in behind but apart from that the football we played was exceptional tonight,” he added.

The Gunners, who won their first two games, have now gone 28 matches without a win away from home against ‘Big Six’ opposition but manager Mikel Arteta saw signs of improvement.

“We were in the game for a big part of the game. The reality is they are superior to us in many aspects. You could see that in some phases,” said the Spaniard.

“I’m really happy in the way the team competed and kept believing. This is the standard we have to reach. We are on a different journey. They’ve been together five years, we’ve had a few months”. 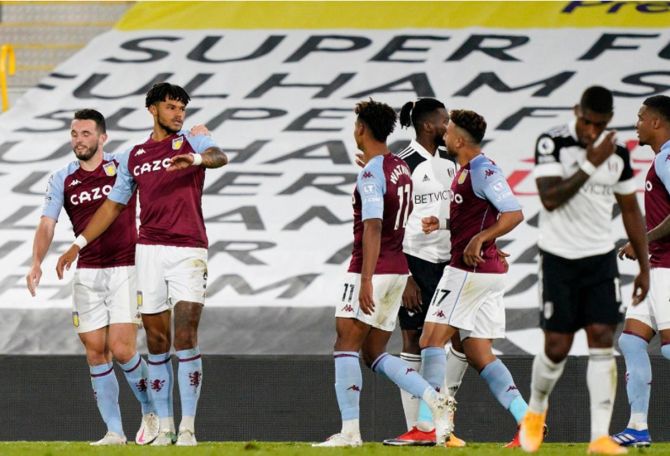 Aston Villa moved into the Premier League top four after they strolled to a 3-0 win at Fulham thanks to goals from Jack Grealish, Conor Hourihane and Tyrone Mings in a lopsided contest on Monday.
The result left Villa, who narrowly avoided relegation last season, fourth on a maximum six points from two games while promoted Fulham are rooted to the bottom with no points after a third successive defeat.

Villa boss Dean Smith was pleased with a performance which also saw his side keep a clean sheet for the first time in 27 away Premier League games since a 0-0 draw with West Bromwich Albion in January 2016.

“We scored some quality goals,” he told Sky Sports.

“On top of all that, you have to find the balance in football, and that can be the desire to keep the ball out of the back of the net, and the players have found that at the moment.

“John McGinn being fit makes a massive difference. He’s a fantastic player, and he was terrific tonight.”

Villa displayed clinical finishing at Craven Cottage but their victory was made easier by continued shambolic defending from Fulham, who have conceded 10 goals in their opening three matches and look out of their depth in the top flight.

Grealish fired Villa ahead in the fourth minute when he took a simple pass from McGinn into his stride and drilled a low shot past goalkeeper Alphonse Areola from a tight angle.

Hourihane doubled their lead in the 15th after a lightning-quick move down the left flank as McGinn racked up another assist when he teed up the Ireland midfielder to sidefoot the ball into the bottom corner.

The match was over as a contest in the 48th minute when Villa’s England centre back Mings ghosted into the penalty area and turned in a predictable cross from the left with Fulham’s defenders positioned like statues.

“I’ve stood in this position for the first three games and it’s a common theme of what I’m saying. You can’t give up goals like we are, I’ve highlighted it and we know where we are.

“It’s tough to fix the defensive frailties. I went with a back five today just to maybe give us a bit more solidity and it didn’t work obviously.”

© Copyright 2020 Reuters Limited. All rights reserved. Republication or redistribution of Reuters content, including by framing or similar means, is expressly prohibited without the prior written consent of Reuters. Reuters shall not be liable for any errors or delays in the content, or for any actions taken in reliance thereon.
Related News: Fulham, Villa, New Liverpool, Diogo Jota, Bernd Leno
SHARE THIS STORYCOMMENT
Print this article 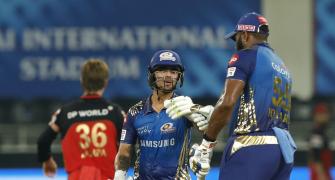 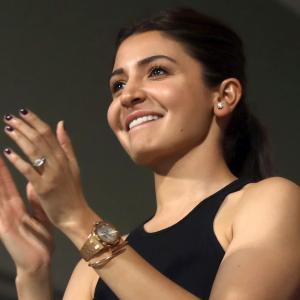 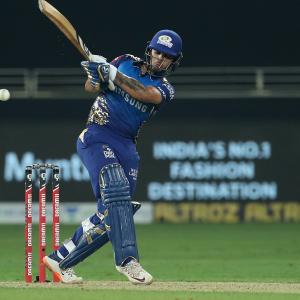