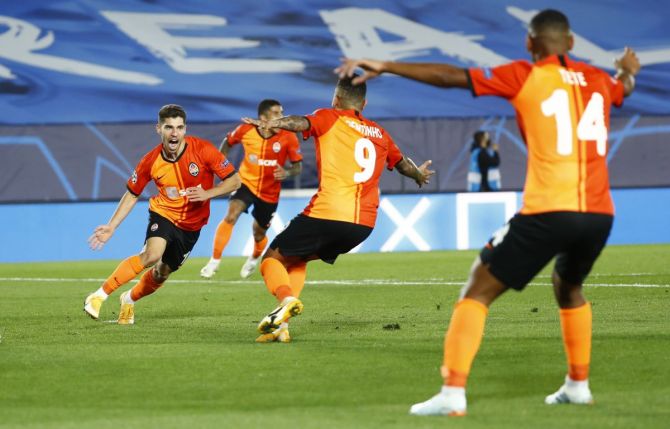 Shakhtar Donetsk pulled off a shock 3-2 win away to 13-times winners Real Madrid in their Champions League Group B opener on Wednesday, despite the Ukrainian side missing 10 players due to injuries and COVID-19.

Shakhtar raced into a 3-0 lead after a whirlwind first half with a strike from Brazilian midfielder Tete in the 29th minute, an own goal from Madrid defender Raphael Varane four minutes later and a well-taken effort from Israeli forward Manor Solomon.

Luka Modric pulled one back for Zinedine Zidane's shellshocked side with a brilliant strike from distance early in the second half before substitute Vinicius Jr reduced the deficit to one goal.

Federico Valverde thought he had equalised in added time with a heavily deflected shot but the goal was ruled out for offside as Vinicius was blocking the vision of goalkeeper Anatoly Trubin and the depleted visitors celebrated one of their most memorable victories in European competition.

La Liga champions Madrid, meanwhile, reflected on a second consecutive home defeat after losing 1-0 at their Alfredo di Stefano stadium to promoted Cadiz on Saturday, further denting their confidence ahead of the 'Clasico' at Barcelona in three days' time.

"In the first half we were not worthy of this competition," said Madrid midfielder Modric.

"It's obvious we need to improve, we lacked confidence today, especially in the first half, but we have to move on, we can't waste any time regretting what has happened."

Coach Zidane had insisted ahead of the game that he was not looking to the trip to Barca's Camp Nou but rested several big names against Shakhtar, choosing not to risk captain Sergio Ramos and starting without Toni Kroos and attacking talisman Karim Benzema. 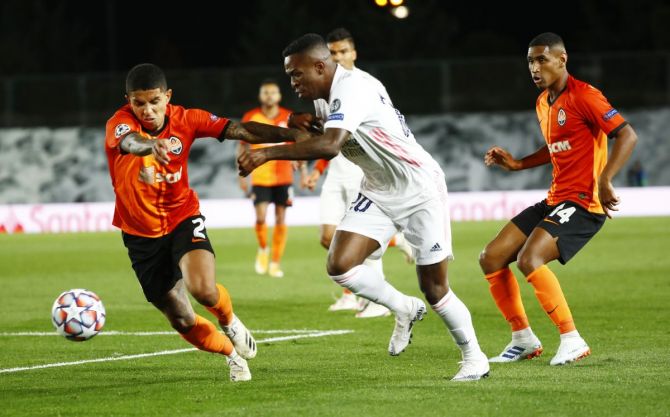 Shakhtar's Portuguese coach Luis Castro meanwhile had described the numerous positive COVID-19 cases affecting his staff and squad as a "nightmare" but watched on in admiration as his players out-witted and out-ran their more illustrious opponents.

Viktor Korniienko zig-zagged his way through Madrid's defence to lay the ball off for Tete to slot past an outstretched Thibaut Courtois for the opening goal.

Zidane turned to Benzema immediately after the interval and Vinicius soon after and his side finally showed some character and moved to within one goal of levelling the match.

They looked to have found it through Valverde's deflected shot, which trickled into the net but Shakhtar, who had spurned two glorious earlier chances to put the game out of Madrid's reach, were spared.

"I think Madrid underestimated us but we showed our football and our style," said Shakhtar's Korniienko.

Coach Castro added: "We were a united team from the first until the last minute. When the score was 3-2 we had to defend even more and I thought 'Oh, let this game end as soon as possible'. It's a great result for us."

Manchester City come back for 3-1 win over Porto 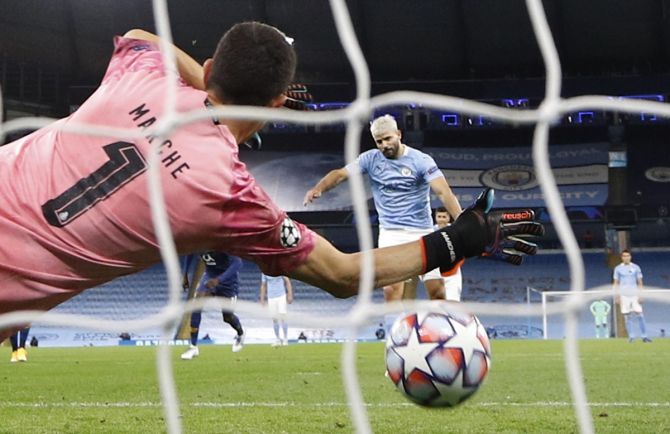 Manchester City came from behind to make a winning start in Champions League Group C on Wednesday with a 3-1 victory over Porto at the Etihad Stadium.

City had fallen behind to a fine 14th-minute solo strike from Luis Diaz but a Sergio Aguero penalty brought them level before second-half goals from Ilkay Gundogan and Ferran Torres secured the win.

Pep Guardiola's side, defeated in the quarter-finals last season, struggled to find their fluidity in the opening 45 minutes but as Porto tired after the break, City's quality proved enough.

"If I'm being honest we are struggling at the moment," said German midfielder Gundogan.

"Fernandinho went off at the end, we have players playing in different positions. I am not 100% there because I had Covid, we are not all at the same moment.

"That is the challenge for this season, it's not going to end for a while" he added

Porto grabbed the lead when City's Ruben Dias, a recent signing from Benfica, gave away the ball and Colombian winger Diaz cut in from the left, burst diagonally across the City defence and shot into the far bottom corner of Ederson's goal.

The home side were soon back on level terms though when, after Gundogan had struck the post, Porto defender Pepe bundled over Raheem Sterling in the resulting scramble and Aguero converted the ensuing penalty.

City were far from their flowing best but went in front in the 65th minute with a perfect, curling free kick from Gundogan over the wall and beyond the reach of Porto keeper Agustin Marchesin.

Substitutes Torres and Phil Foden then combined to make it 3-1, with the Spaniard collecting a return pass from the England midfielder before gliding into space and driving a right-foot shot into the far corner.

City's Brazilian midfielder Fernandinho, brought on in the 85th minute, limped off in stoppage time with what appeared to be a muscle injury.

Porto remain without a win in 21 games in England, a run which has seen them manage just three draws. 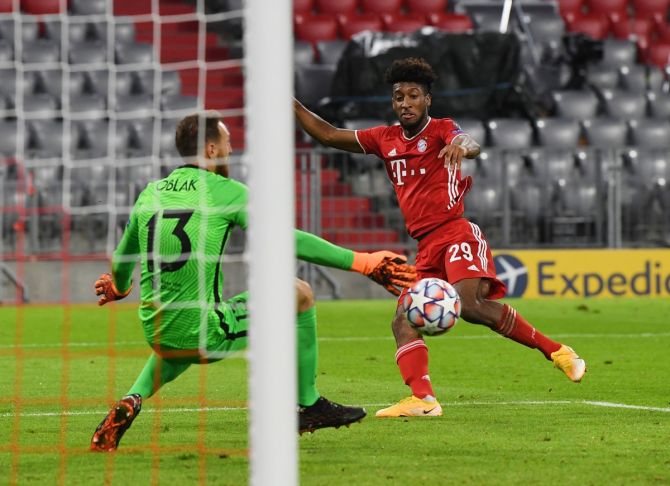 Winger Kingsley Coman scored twice and set up another goal as holders Bayern Munich crushed Atletico Madrid 4-0 in the Champions League Group A opener on Wednesday to stretch their winning run in the competition to 12 games.

The France international put the hosts ahead with a fine effort in the 28th minute and then set up Leon Goretzka to fire in their second in the 41st.

Fellow France international Corentin Tolisso killed off any Spanish hopes of a comeback with a sensational shot in the 66th minute before Coman twice shook off defender Felipe to bag his second goal of the evening six minutes later.

Bayern, who had won all 11 of their games en route to the Champions League title last season, are top on three points in group, with Lokomotiv Moscow and Salzburg on one point following their 2-2 draw.

The Germans were without their in-form winger Serge Gnabry, who tested positive for COVID-19 on Tuesday.

But they still enjoyed a whirlwind start and hit the post with Niklas Suele in the 15th.

Coman did it much better 13 minutes later when he latched onto a Joshua Kimmich cross to score with a fine finish. He then set up Goretzka whose slightly deflected shot beat keeper Jan Oblak.

Atletico, with only two wins from their previous 10 away games in the group stage of the competition and without striker Diego Costa, came close just once in the entire first half with Luis Suarez.

Joao Felix did find the back of the net right after the restart but his effort was disallowed for offside.

The Portuguese then launched a solo run in the 65th before laying the ball on for Yannick Carrasco, who waited far too long to finish the move.

They were punished for the wasted chance a minute later with Tolisso firing an unstoppable missile from 25 metres. Coman then added their fourth in the 72nd.

Liverpool ride luck as own goal secures win at Ajax 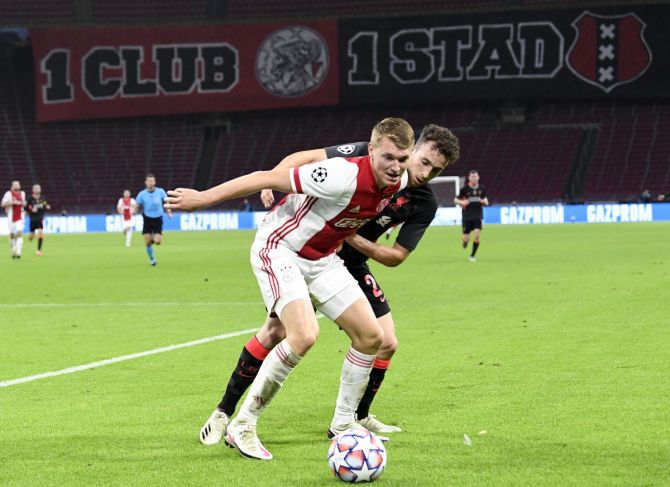 Liverpool beat Ajax Amsterdam 1-0 away with a fortunate own goal in their Champions League group-stage opener on Wednesday, riding their luck at times but still showing their title credentials.

Ajax fullback Nicolas Tagliafico turned the ball into his own net in the 35th minute to ensure a winning start in Group D for the English champions, who looked the stronger of the two teams despite Ajax creating several good chances at the Johan Cruyff Arena.

Davy Klaassen struck the post with a powerful shot and Quincy Promes had a point-blank effort stopped by the legs of Liverpool goalkeeper Adrian as the Dutch club created a handful of excellent opportunities.

Yet Liverpool, who won their sixth Champions League title in 2019, still proved value for their victory, dominating possession and counter attacking at pace while keeping a clean sheet despite missing defensive talisman Virgil van Dijk, who suffered a serious knee injury at the weekend.

Fabinho moved from midfield to centre defence to replace Van Dijk and had an outstanding game, notably hooking a clearance off the line to deny Dusan Tadic just before halftime.

It was one of several chances for Ajax in the first half, as Lisandro Martinez had a header saved by Adrian and Ryan Gravenberch shot narrowly wide, much to the annoyance of Liverpool manager Juergen Klopp, who spent the early part of the game berating and shouting instructions to his players.

But his agitation was quelled when Sadio Mane turned the Ajax defence with a swift body movement to set up the goal. He miskicked his own effort, but it caught Tagliafico as he clumsily tried to clear, but instead deflected it into the Ajax net.

"It was a good enough performance to win the game, which at moments was pretty wild. It was not one of our sunny shiny world class football days. It was not perfect but the boys fought like crazy," said a more satisfied Liverpool manager afterwards.

Klopp took off Mane and his strike partners Roberto Firmino and Mohamed Salah with 30 minutes still left, but replacements Diogo Jota and Takumi Minamino kept up the pressure on the home team.

Ajax should have equalised, however, four minutes into stoppage time when Adrian did not properly deal with a cross into the area but substitute Jurgen Ekkelenkamp missed the target.

Lukaku rescues late draw for Inter at home to Gladbach 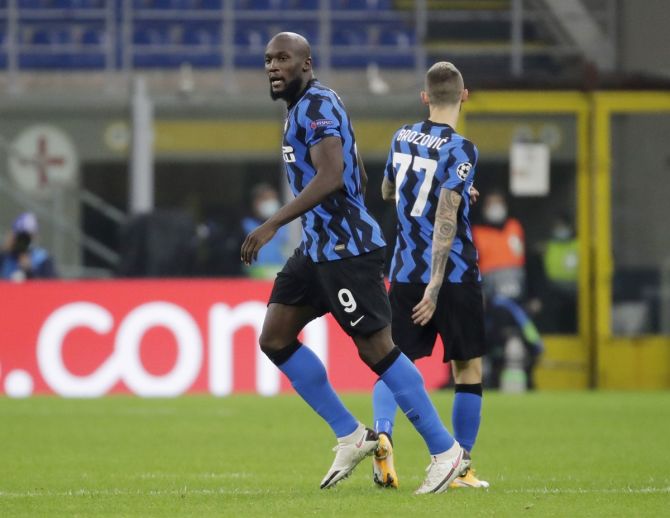 Romelu Lukaku scored twice, including a 90th-minute equaliser, to give Inter Milan a 2-2 draw at home to Borussia Moenchengladbach in the Champions League on Wednesday where five shots on target produced four goals.

The Belgian put Inter in front with an opportunist goal in the 49th minute but the Bundesliga side levelled in the 63rd with their first shot on target, a penalty converted by Ramy Bensebaini.

Gladbach's second and only other shot on target also produced a goal as Jonas Hofmann put them ahead in the 84th minute before Lukaku pulled Inter level, scoring in his ninth consecutive European game.

Christian Eriksen, benched for Saturday's derby against AC Milan, started for Inter, who were missing six players who had tested positive for COVID-19 in the last two weeks.

There was precious little excitement in the first half as Inter battled to break down Gladbach's defence where Nico Elvedi was outstanding.

Lukaku had the best chance when his sidestep took him clear but he fired across the face of goal.

But he broke through after halftime by turning in Matteo Darmian's scuffed shot from close range after Danilo D'Ambrosio kept the ball in play.

Gladbach, playing in the group stage for only the third time, had offered nothing in attack but were handed a lifeline by Inter midfielder Arturo Vidal who lunged at Marcus Thuram in the penalty area.

The referee initially played on but changed his mind after consulting the pitchside monitor and Bensebaini equalised from the spot.

Lautaro Martinez smacked the post with a brilliant volley from Darmian's cross but, incredibly, Gladbach went ahead.

Florian Neuhaus split Inter's defence with a diagonal pass and Hofmann broke clear to place his shot through Samir Handanovic's legs although they had to wait three minutes for a VAR check before the goal was confirmed.

However, Inter had the last laugh when a corner was headed on by Alessandro Bastoni -- recovered from COVID-19 -- and Lukaku forced it into the net at the far post.

© Copyright 2021 Reuters Limited. All rights reserved. Republication or redistribution of Reuters content, including by framing or similar means, is expressly prohibited without the prior written consent of Reuters. Reuters shall not be liable for any errors or delays in the content, or for any actions taken in reliance thereon.
Related News: Real Madrid, Shakhtar Donetsk, Tete, Estadio Alfredo Di Stefano, Zinedine Zidane
SHARE THIS STORYCOMMENT
Print this article 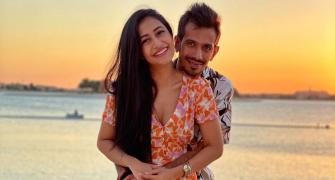 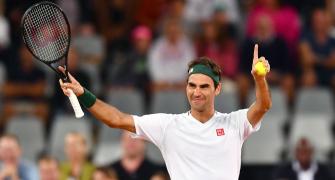 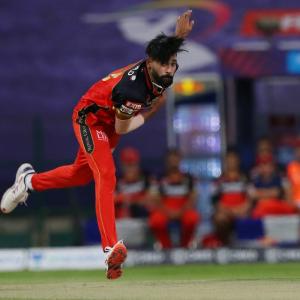 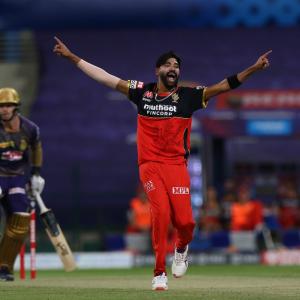