Discover some of the winners of the 2022 World Press Photo Contest.

The World Press Photo of the Year 2022 is by Amber Bracken.

WORLD PRESS PHOTO OF THE YEAR 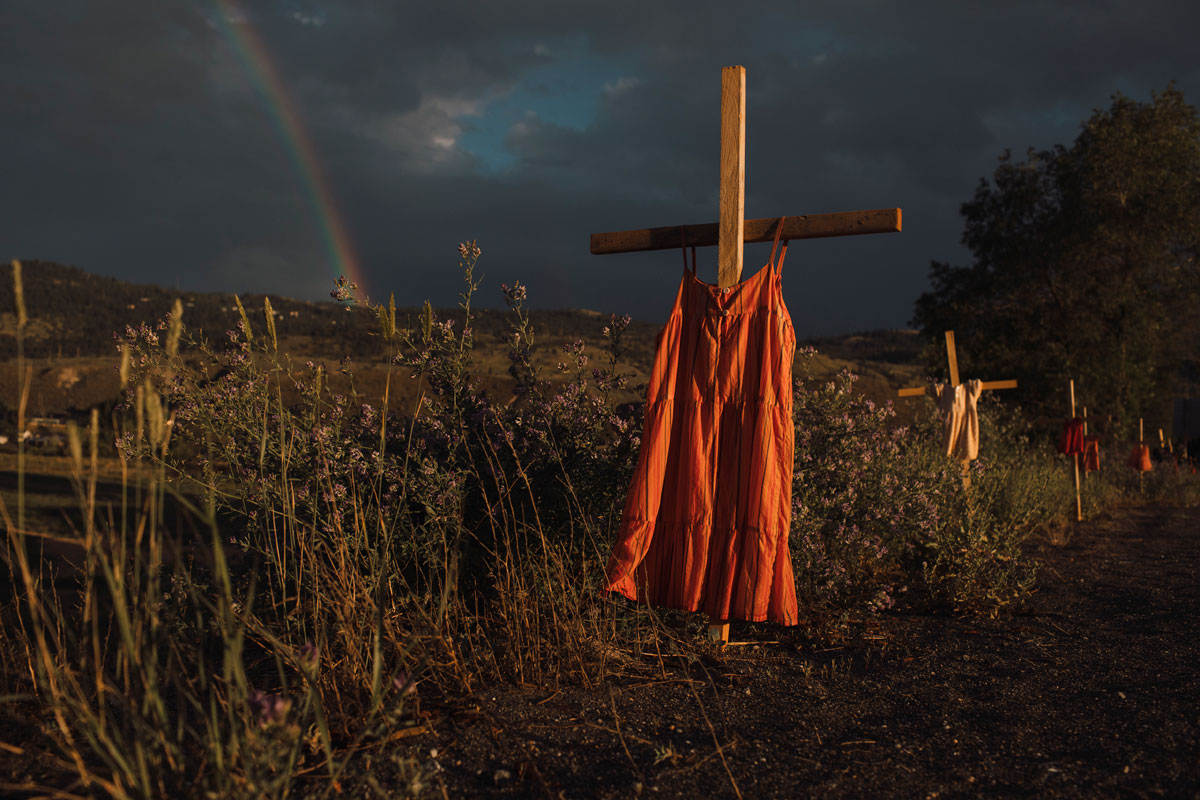 IMAGE: Red dresses hung on crosses along a roadside commemorate children who died at the Kamloops Indian Residential School, an institution created to assimilate Indigenous children, following the detection of as many as 215 unmarked graves, Kamloops, British Columbia, 19 June 2021. Photograph: Amber Bracken, for The New York Times.

Residential schools began operating in the 19th century as part of a policy of forcibly assimilating people from various Indigenous communities into Western culture of the European colonists and missionaries.

Upwards of 150,000 students were forcibly removed from their homes and parents, often forbidden to communicate in their own languages, and subject to physical and sometimes sexual abuse.

A Truth and Reconciliation Commission concluded that at least 4,100 students died while at the schools. The Kamloops School became the largest in the system.

In May 2021, a survey using ground-penetrating radar identified as many as 215 potential juvenile burial sites at Kamloops -- confirming reports from oral histories.

WORLD PRESS PHOTO OF THE YEAR 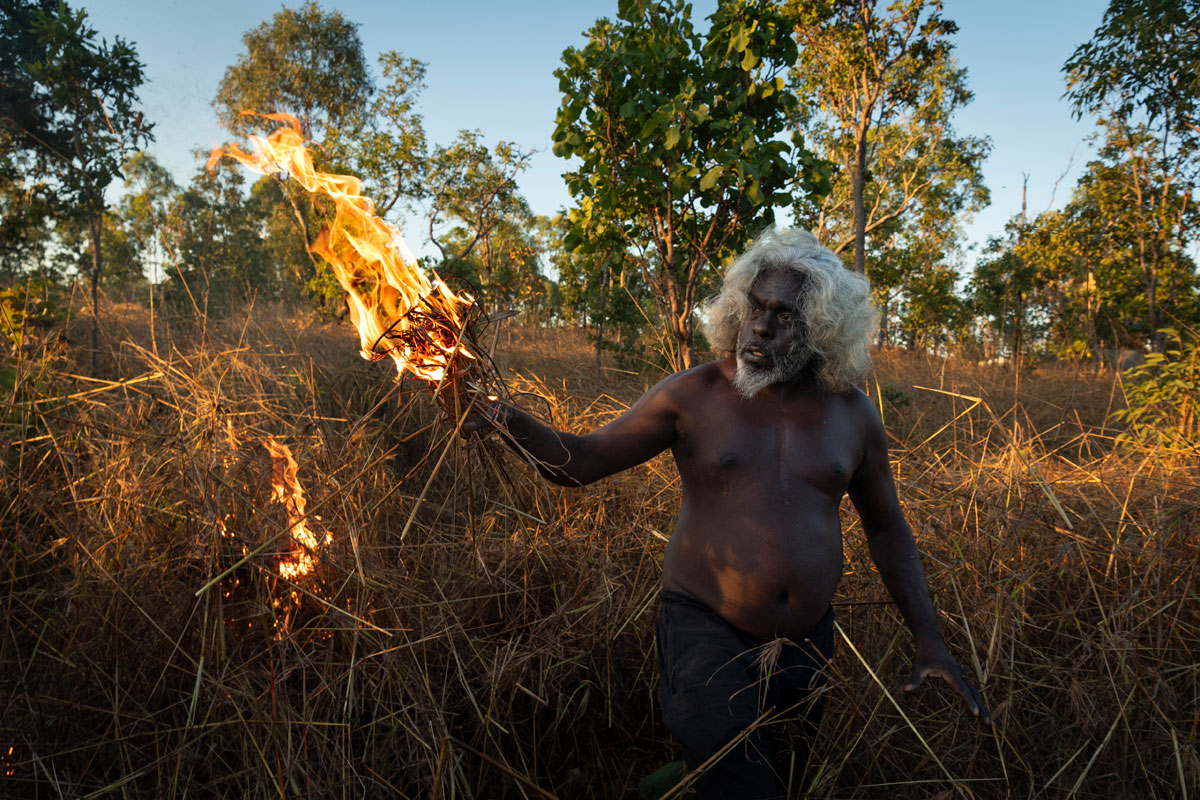 Indigenous Australians strategically burn land in a practice known as cool burning, in which fires move slowly, burn only the undergrowth, and remove the build-up of fuel that feeds bigger blazes.

The Nawarddeken people of West Arnhem Land, Australia, have been practising controlled cool burns for tens of thousands of years and see fire as a tool to manage their 1.39 million hectare homeland. IMAGE: A black kite (subspecies Affinis of Milvus migrans) flies above a cool-burn fire lit by hunters earlier in the day, in Mamadawerre, Arnhem Land, Australia, on 2 May 2021.
The raptor, also known as a Firehawk, is native to Northern and Eastern Australia, and hunts near active fires, snatching up large insects, small mammals, and reptiles as they flee the flames. Photograph: Matthew Abbott, for National Geographic/Panos Pictures 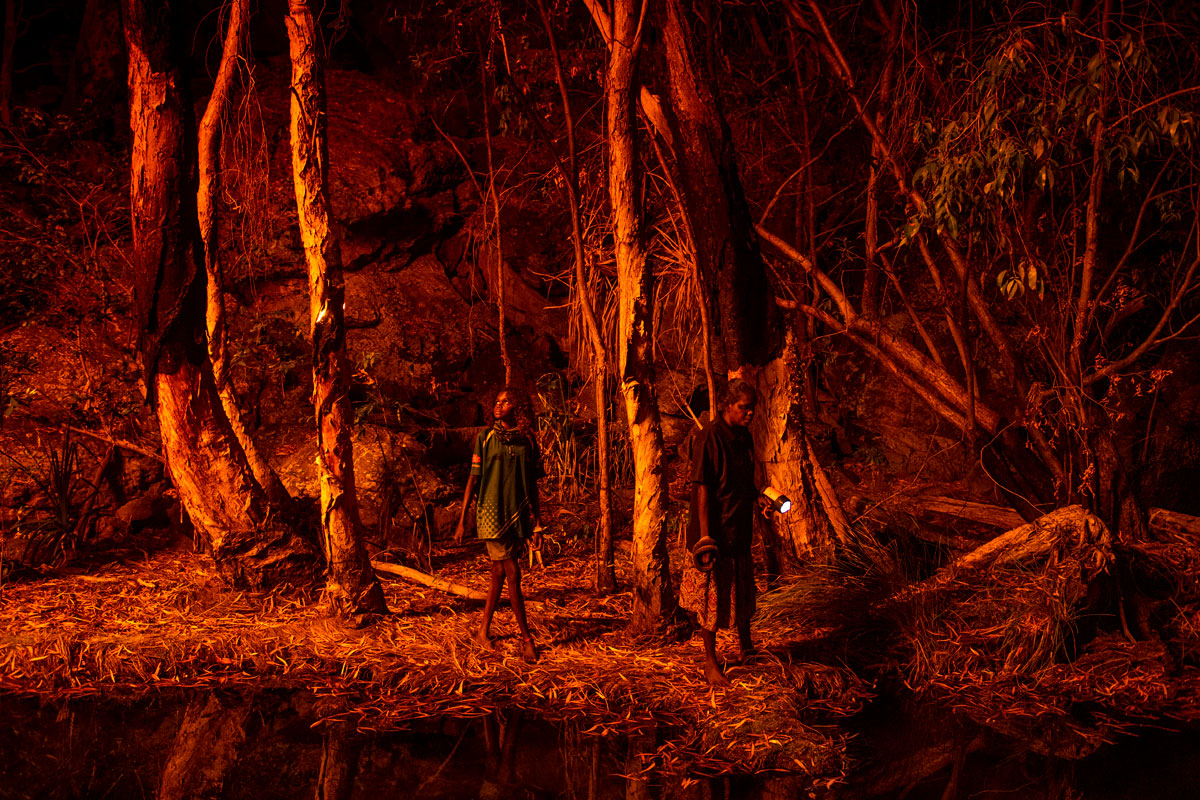 IMAGE: A group of Nawarddeken women elders hunt for turtles with homemade tools on floodplains near Gunbalanya, Arnhem Land, Australia on 31 October 2021. They spent all day finding just two turtles, which are a popular delicacy. Soon the grass will be burned to make the hunt easier. Photograph: Matthew Abbott, for National Geographic/Panos Pictures 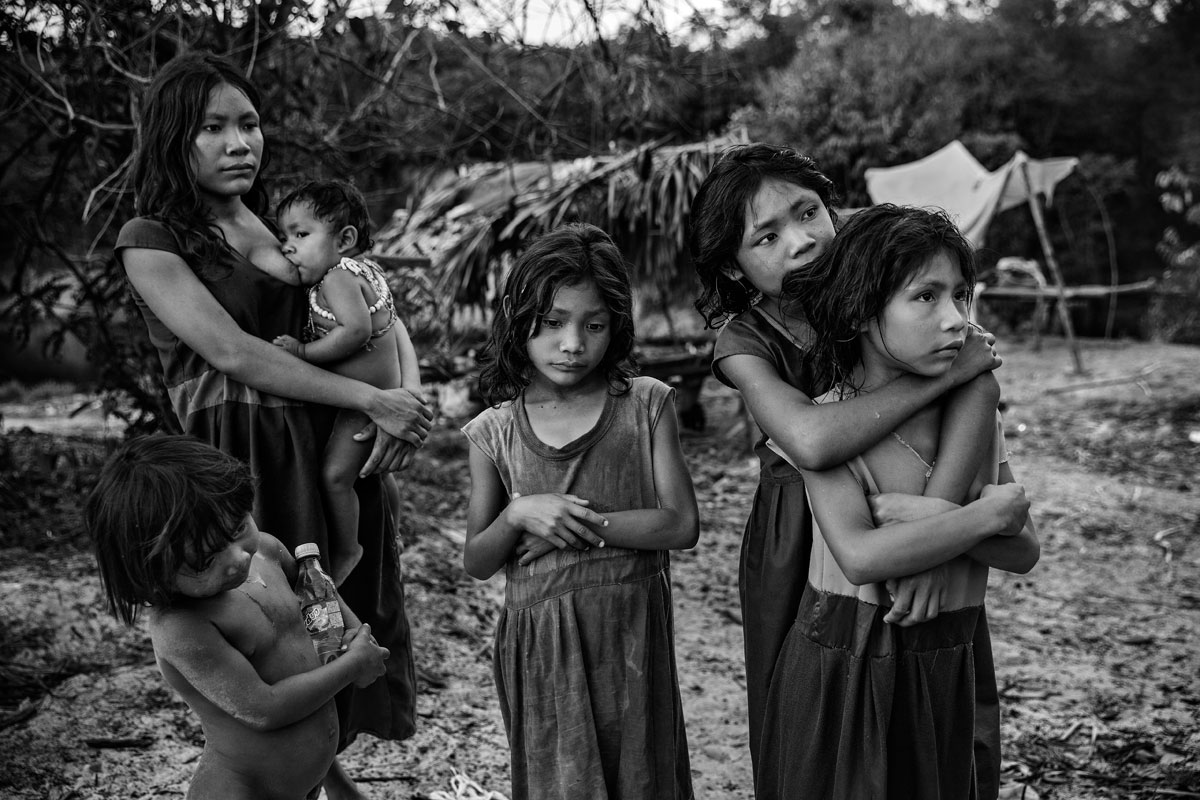 IMAGE: Women and children from the Piraha community, standing next to their camp on the banks of the Maici River, watch drivers passing by on the Trans-Amazonian highway hoping to be given snacks or soft drinks, Humaita, Amazon, Brazil, on 21 September 2016. Photograph: Lalo de Almeida, for Folha de São Paulo/Panos Pictures

Since 2019, the devastation of the Brazilian Amazon has been running at its fastest pace in a decade.

An area of extraordinary biodiversity, the Amazon is home to more than 350 different Indigenous groups.

The exploitation of the Amazon has a number of social impacts, particularly on Indigenous communities who are forced to deal with significant degradation of their environment, as well as their way of life. 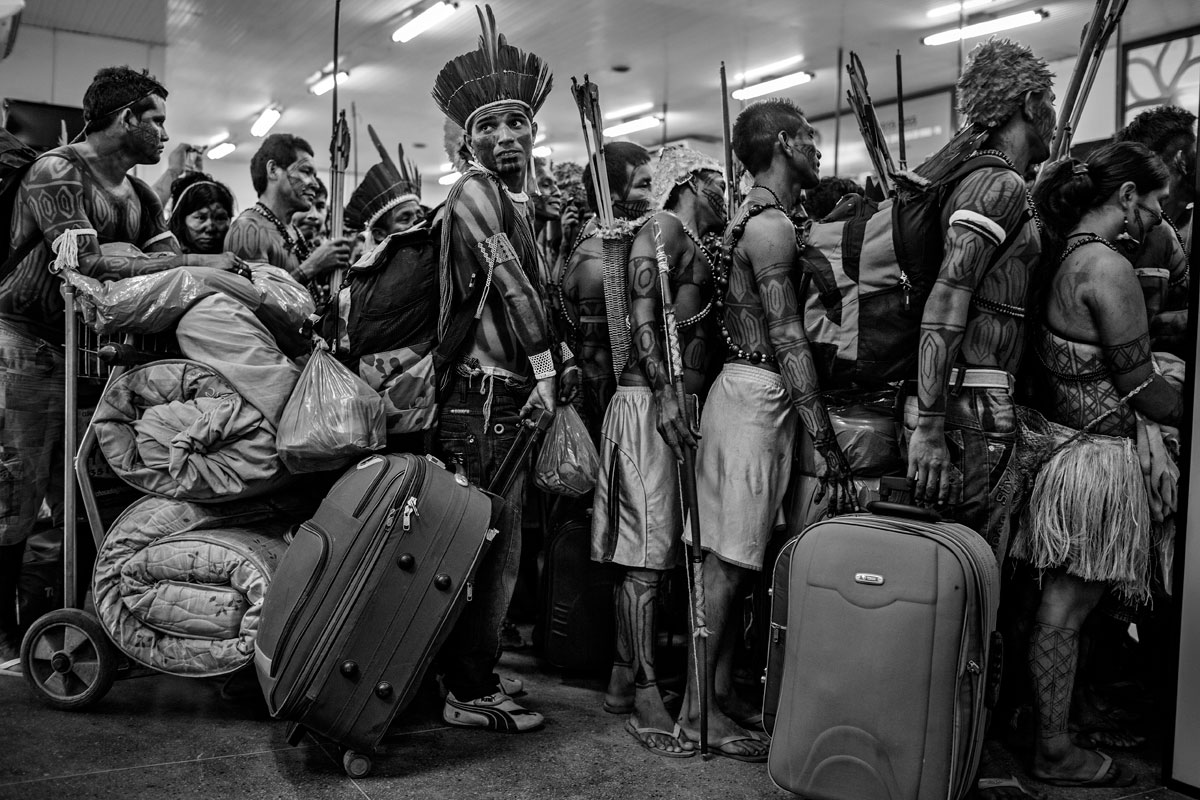 IMAGE: Members of the Munduruku community line up to board a plane at Altamira Airport, in Para, Brazil, on 14 June 2013.
After protesting at the site of the construction of the Belo Monte Dam on the Xingu River, they traveled to the national capital Brasilia to present their demands to the government.
The Munduruku community inhabit the banks of another tributary of the Amazon, the Tapajos River, several hundred kilometers away, where the government has plans to build further hydroelectric projects. Despite pressure from indigenous people, environmentalists and non-governmental organizations, the Belo Monte project was built and completed in 2019. Photograph: Lalo de Almeida, for Folha de Sao Paulo/Panos Pictures

Blood is a Seed

The video is composed of digital and film photographs, some of which were taken on expired 35mm film and later drawn on by Romero's father.

In a journey to their ancestral village of Une, Cundinamarca, Colombia, Romero explores forgotten memories of the land and crops and learns about her grandfather and great-grandmother who were 'seed guardians' and cultivated several potato varieties, only two of which still mainly exist.

A still from Blood is a Seed 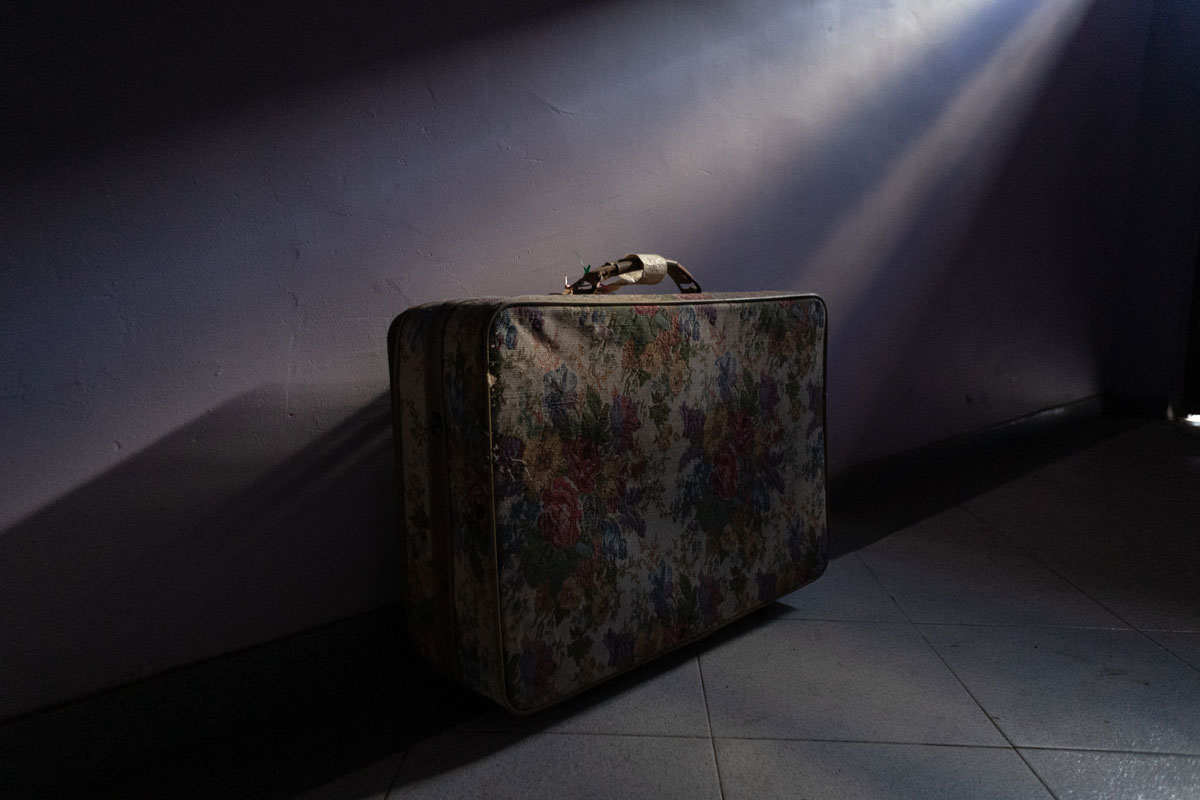 IMAGE: A scene from Blood is a Seed (2021) Photograph: Isadora Romero 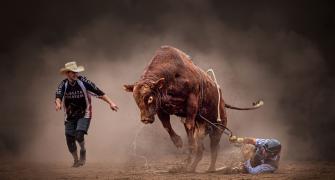 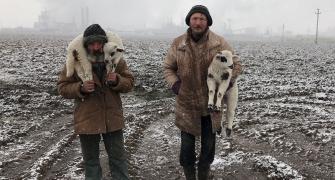 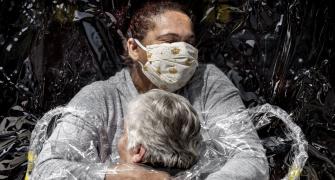 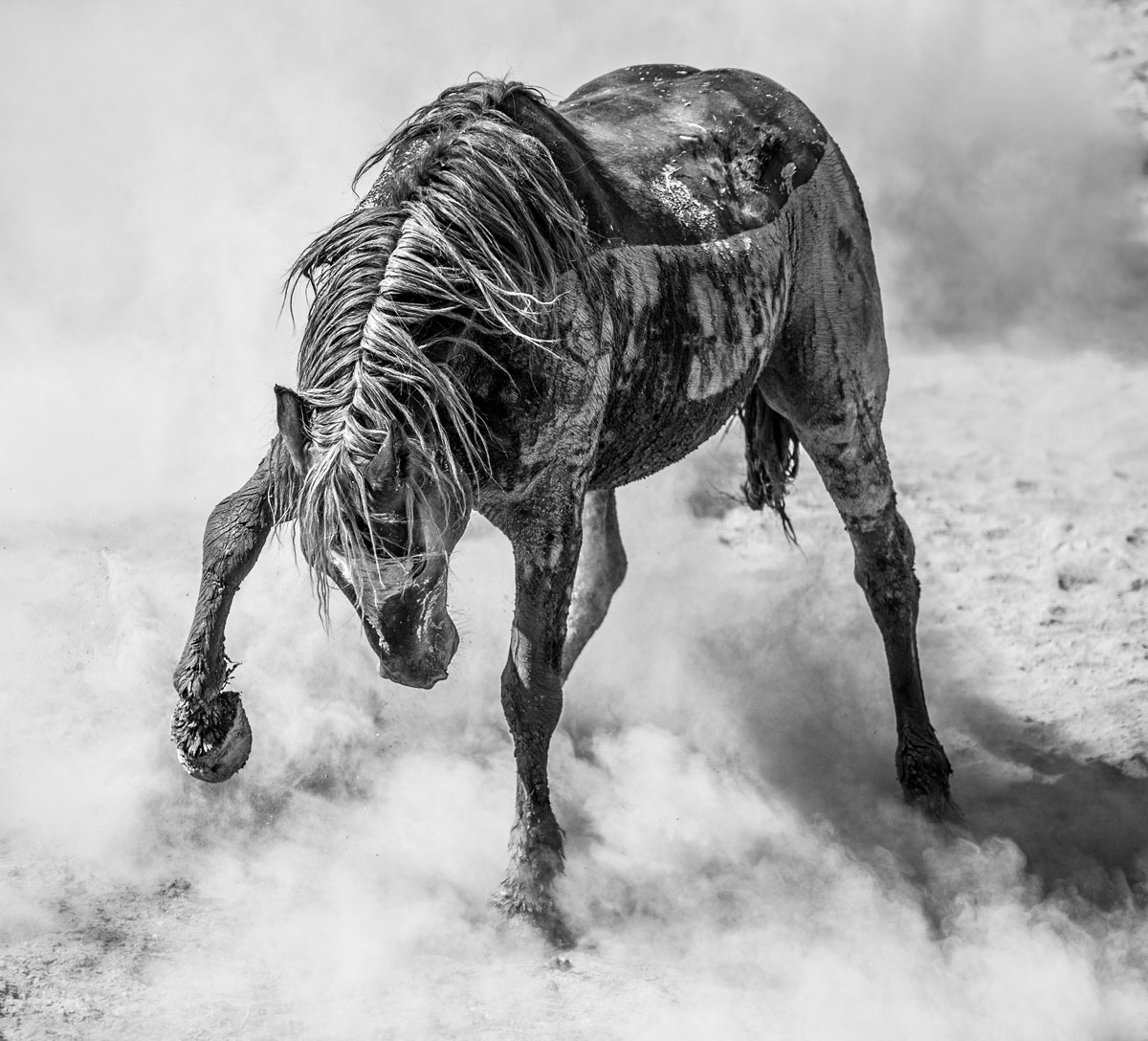 Pictures That Will Blow Your Mind!