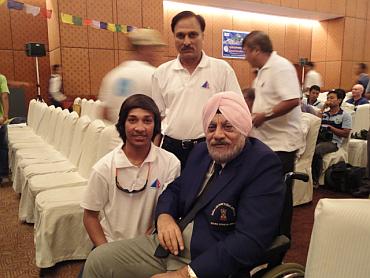 Yadav and Nepal Prime Minister Madhav Kumar Nepal both skipped the felicitation ceremony in view of the volatile political situation in the country.

Also present to grace the occasion was Major H P S Ahluwalia, the the first Indian to climb Mount Everest

A few months later, the major was seriously injured while fighting in the India-Pakistan war and confined to the wheelchair. He was awarded the Padma Bhushan in 2002.