The World Health Organization experts, probing the origins of the COVID-19, on Sunday visited the Huanan Seafood Market in Wuhan, where the deadly coronavirus was presumably transmitted from animals to humans in the late 2019 and spiralled into a pandemic. 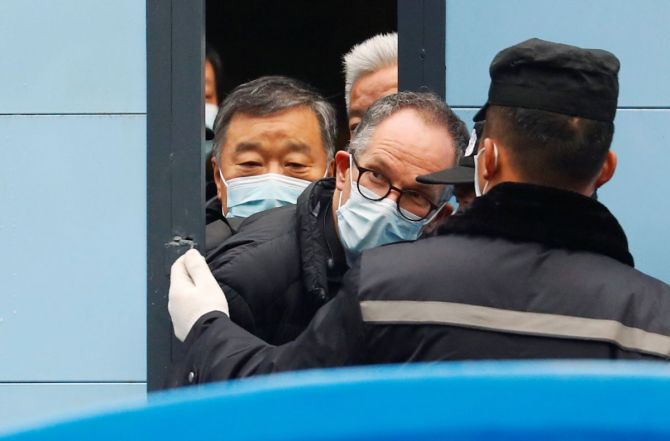 The wet market was where a variety of live animals were traded until it was shut down following fears that the coronavirus had jumped to humans either from bats or pangolins.

“Very important site visits today - a wholesale market first & Huanan Seafood Market just now. Very informative & critical for our joint teams to understand the epidemiology of COVID as it started to spread at the end of 2019,” Peter Daszak, a zoologist with the US group EcoHealth Alliance and a member of the WHO team, tweeted on Sunday.

Though the market remained shut and cleaned up after the coronavirus cases surfaced in Wuhan in December 2019, the visit is still important to get a feel of what flow of goods, people were, Daszak was quoted by CBS news network.

The visit which took place amid tight security assumed significance as the market was widely presumed to be the source of the virus though Chinese official media in recent months questioned the premise.

While permitting the 14-member WHO team of international scientists to study the origin in Wuhan after considerable delay and controversy, China claims that the virus has emerged from various places in the world while it was the first to report it.

Although the Huanan seafood market has been sealed off, experts believe that there is still plenty to see and experience there.

"(We hope to) understand the setting, see the places where cases were linked, reconstruct the initial event there, search for records of animals, products traded there. And possibly talk to some of the merchants who were there at that time," Peter Ben Embarek, who leads the WHO team, told the state-run Global Times.

After the visit to Huanan Seafood Market, it is to be seen whether the international team would be permitted to visit the controversial Wuhan Institute of Virology, where former US President Donald Trump alleged that the virus might have escaped into the open.

Trump had asked China to permit an inquiry amid emphatic denials from Beijing.

The itinerary of the WHO team has not yet been announced. They were expected to be in Wuhan for about a month.

Earlier the team of international experts, which was constituted by the World Health Assembly, the governing body of the WHO to probe the origins of the virus, had exchanges with medical workers and early COVID-19 cases in Wuhan, China's National Health Commission said on Sunday.

The team, on a visit to Wuhan for scientific cooperation with its Chinese counterparts on tracing the origins of the novel coronavirus, visited several places, including Hubei Provincial Hospital of Integrated Chinese and Western Medicine and Wuhan Jinyintan Hospital, where some of the earliest COVID-19 patients in Wuhan were treated, said Mi Feng, commission spokesman, was quoted as saying by the official China Daily.

They also visited a food distribution centre for the Chinese city of Wuhan during the 76-day lockdown last year.

The team, accompanied by large number of Chinese officials, also walked through sections of the Baishazhou market stated to be one of the largest wet markets in the city.

On Saturday, they visited a museum exhibition dedicated to the early history of the emergence of coronavirus.

China, while offering to cooperate with the WHO team, maintained that the visit is part of global study about the origins of the coronavirus and not an investigation.

“I'd like to stress that the exchanges and cooperation on origin-tracing between WHO experts and Chinese professionals are part of a global study, not an investigation,” Chinese foreign ministry spokesman Zhao Lijian told media briefing in Beijing on Friday.

“The WHO experts' field work itinerary and plan for exchanges are crucial to serious, prudent scientific studies. The two sides will follow the prior consensus and make science-based arrangements in light of the features of the virus and the epidemic situation,” he said.

“As far as I know, the expert panel will visit all the places you named,” he said, replying to a question whether China guarantees that the team receives full access to scientific data and medical records.

“Since officials and journalists are neither scientists nor specialists after all, we need to entrust the experts with the very professional task of origin-tracing, give them enough time, space, trust and support to advance cooperation, and minimise unnecessary attention and disturbance,” Zhao said. Covid broke out in other parts of world first: China 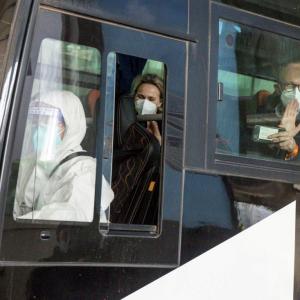