News
Business
Movies
Sports
Cricket
Get Ahead
Money Tips
Shopping
Sign in  |  Create a Rediffmail account
Rediff.com  » News » Who donated how much to BJP, Congress 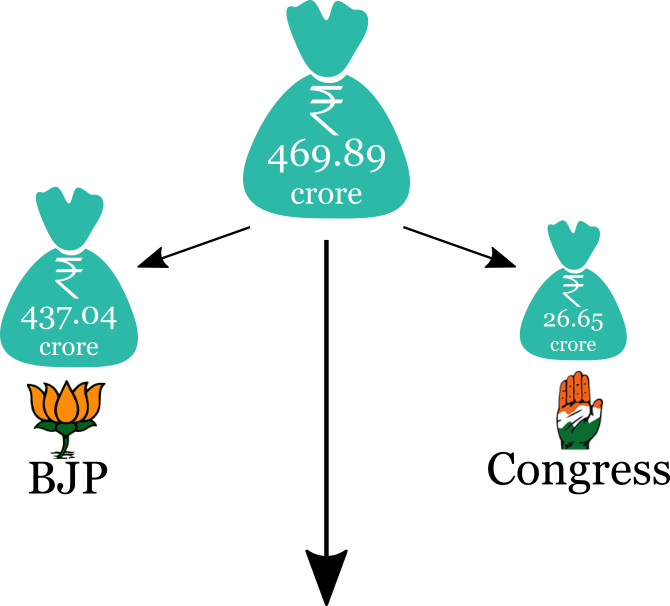 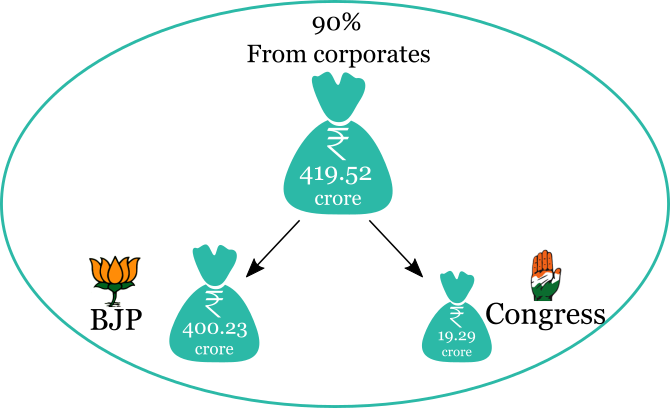 Corporates back BJP over Congress
Who gave the biggest donation? 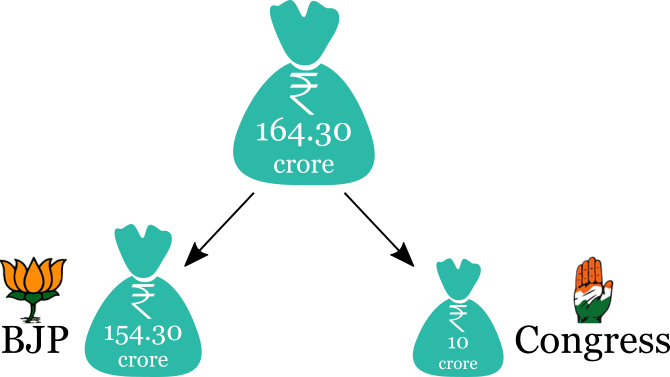 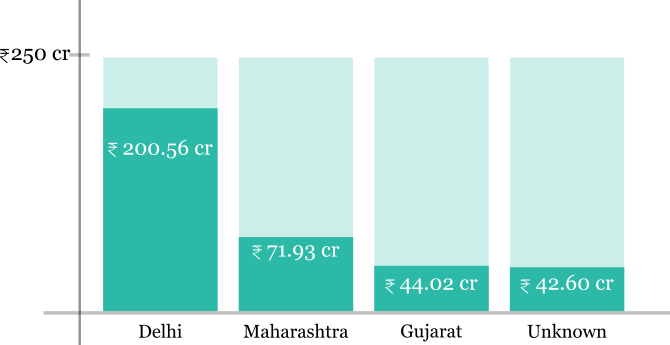 In 2017-18, corporates contributed as much as 12 times more money to the coffers of the Bharatiya Janata Party than to those of the other six national parties combined.

The BJP received 93 per cent of all donations of above Rs 20,000 made to the country's six national political parties in 2017-18 by business groups and individuals, according to a report by election watchdog Association for Democratic Reforms.

Donations from corporates formed 91.58 per cent of total donations declared by the BJP, the rest being from individual donors, the ADR analysis of details submitted to the Election Commission by national parties has revealed.

In this period, the country saw assembly polls in Gujarat and Himachal Pradesh in November-December of 2017, in northeastern states of Tripura, Nagaland and Meghalaya in February 2018, and in Karnataka a month after the end of the fiscal year, in May 2018.

The data also shows that donations to the BJP peaked in the months of September, October, November and December of 2017, that is in the run-up to the assembly polls in Himachal Pradesh and Gujarat.

Delhi led the way in donations, with Rs 208.56 crore coming from the national capital to these six parties. Maharashtra followed with donations of Rs 71.93 crore and Rs 44.02 crore came from Gujarat in 2017-18. A total of Rs 42.60 crore, or 9.07 per cent of total donations received by national parties, could not be attributed to any state because of incomplete information provided by the parties. 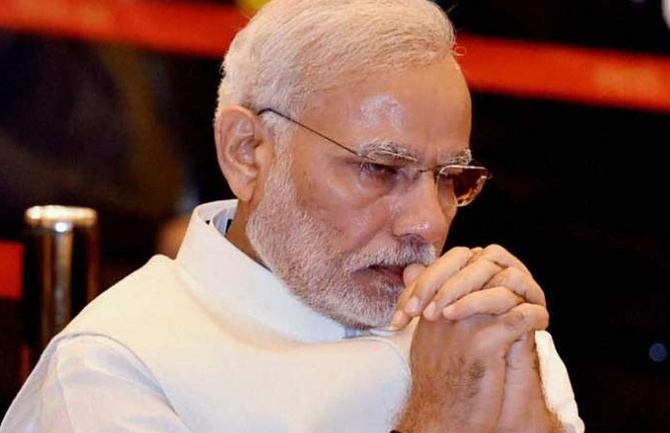