'It seemed it was more than an anti-incumbency vote; it was an outright rejection of the BJP by the people after due deliberation and an expression of their disillusionment with Modi's leadership,' says B S Raghavan. 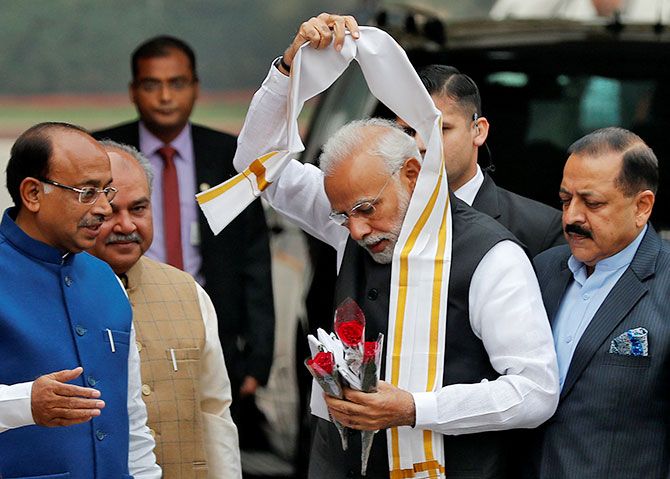 IMAGE: Prime Minister Narendra Damodardas Modi at Parliament House on the first day of the winter session, December 11, 2018.
It was the day his Bharatiya Janata Party was ousted from power in Chhattisgarh, Madhya Pradesh and Rajasthan and failed to make an impact in Mizoram and Telangana. Photograph: Adnan Abidi/Reuters

Dispassionately observing the Indian political scene and the performance of the National Democratic Alliance government of which the Bharatiya Janata Party is the prime mover with a majority of its own, I had so far convinced myself that a triumphant return of the BJP to power in the 2019 Lok Sabha election with increased numbers was a cinch.

This conviction arose from what I saw and knew of the leadership of Narendra Damodardas Modi who deeply impressed me with his earnestness, commitment and determined and courageous pursuit of policies that would propel India to become a leading power in the comity of nations.

I got the sense that nationwide people too had formed a similar opinion, leading to their identifying the BJP with Modi and that they would put their seal of approval on it for a second term in larger numbers in 2019.

The results of the state assembly elections in Chhattisgarh, Madhya Pradesh and Rajasthan have caused a big churn within me.

To my mind, it seemed that it was more than an anti-incumbency vote; it was an outright rejection of the BJP by the people after due deliberation and an expression of their disillusionment with Modi's leadership.

Normally, psephologists use the phrase 'chota vote' and 'bada vote', the former for elections to the state assembly and the latter for those to the Lok Sabha, and posit that the chota vote has no relation to the bada vote and is no pointer to what the bada vote will be.

Their supporting argument usually is that the chota vote is derived from the electorate's experience of the manner in which the incumbent state government addresses local issues and redresses local grievances, whereas in a national election pertaining to the national context, it appraises the incumbent government at the Centre on the criteria of achievement of economic and social objectives for raising the standards of life of the people of the country as a whole by adopting and effectively implementing appropriate polices to that end.

In other words, the electorate makes independent and separate appraisals of the performance of the governments in the state and at the Centre and one is no judgment or reflection on the other.

Such will be the argument heard this time as well. However, the BJP and Modi should not fall for it.

The latest electoral outcome in the three prime states where the BJP felt itself to be strong and unbeatable is no chota vote in the sense in which it is customarily used.

I am using the word BJP to signify the party as a whole since I do not ascribe the rejection to what the individual governments in the three states may have done or failed to do. In my reckoning, all the three gGovernments have fared the same way in the elections.

For aught I know, all the three governments have been performing well and there should have been no compelling cause for grievance on that score.

What then is it that could have made the voters in those States so angry? This is where I bump against a blank wall.

None of the factors I can think of -- demonetisation and attendant hardships, GST and its effect on medium and small industries, the Rafale deal, disappointment over action against black money, the double-speak on corruption, claiming to be dead against it but being indulgent to parties and leaders steeped in it, reviling against 'the Dynasty' but dealing with it in a manner reminiscent of being willing to strike and afraid to wound, alleged outrages by the so-called Hindutva fringe and the 'moral brigade' -- either individually or in combination seems capable of causing this much of damage.

According to one very insightful, but unpublished, analysis I heard from a greatly respected, apolitical, former international civil servant who had put in many years of service in Madhya Pradesh in the highest positions, who knows conditions in Rajasthan and Chattisgarh, and who has extensive contacts, there were state-specific reasons for the ouster of the BJP.

In Madhya Pradesh, though Shivraj Singh Chouhan did excellent work during his first two tenures and brought in a transformation and made Indore and Bhopal the cleanest cities of India, in later years, he became complacent and could not control the corruption of the mining mafia and the officers were made helpless. The state which was revenue surplus became a deficit state.

He ignored the Supreme Court judgment against applying the reservation quotas for promotion posts and promoted juniors above seniors with the result the state was rife with incompetence of the highest order in the crucial departments.

The government staff stood humiliated, and the people at large ill-served, by this policy of reservation in promotion posts and became hostile. In fact, a new party was floated to give expression to this hostility and it campaigned against him.

When Vyapam hit the state, even though Chouhan initially wanted a CBI enquiry, he did not pursue it with vigour.

In Rajasthan, the chief minister, Vasundhara Raje was arrogant and trampled upon the feelings of not only officials but also generally the people coming into contact with her.

This sharp-eyed observer could not explain the loss of Chhattisgarh for the BJP and the only reason he could think of was that people simply tired of Raman Singh.

According to another take, again privately expressed, by another perspicacious analyst with long many years of experience in national and international affairs, the BJP itself had developed doubts about the winnability in Madhya Pradesh and Chhattisgarh after 15 years and the possible debacle in Rajasthan, and so, adopted the deliberate strategy of holding back Modi from over-exposing himself, leaving it to Yogi Adityanath to address most of the rallies. He naturally could not make the kind of impact that only Modi could have made.

The party no doubt will make its own constituency-wise analysis. Whatever its conclusion, it is clear as the noonday Sun that complacency will be fatal to its prospects in 2019.

It will be worthwhile for it before March to engage an independent agency, preferably from outside the country, to undertake a deep and extensive survey among the people in these three as well as in other selected states to critically probe what their innermost feelings are about the top leaders of the party in particular and its policies and their implementation in general, based on wide-ranging, but carefully screened parameters.

My gut feeling is that the silent majority would perceive it to be a tragedy if Modi's talents and inspirational leadership abilities are lost to the nation. Every possible step should be taken to avert it at all costs.

B S Raghavan, a retired member of the Indian Administrative Service, has a long record of being a columnist for 30 years writing on public issues of national importance.
He has worked in various capacities in the central and state governments and the United Nations, and headed the National Integration Council Secretariat under Jawaharlal Nehru, Lal Bahadur Shastri and Indira Gandhi as prime ministers. 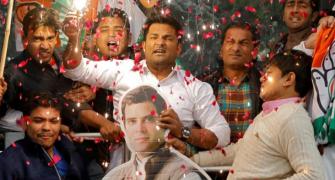 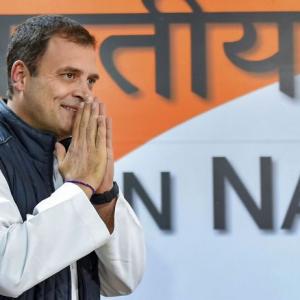