Ukraine celebrates its 1991 declaration of independence from the then USSR on the same day. 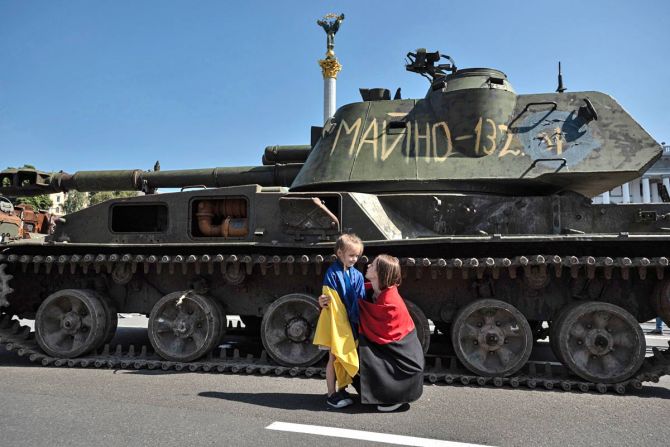 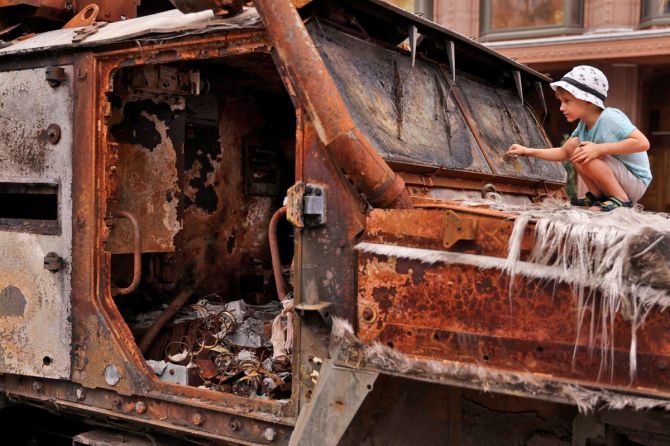 IMAGE: A boy looks at a destroyed tank at an exhibition displaying destroyed Russian military vehicles.
UNICEF noted in June that almost two of every three Ukrainian children have been displaced by the war in Ukraine. Photograph: Nacho Doce/Reuters 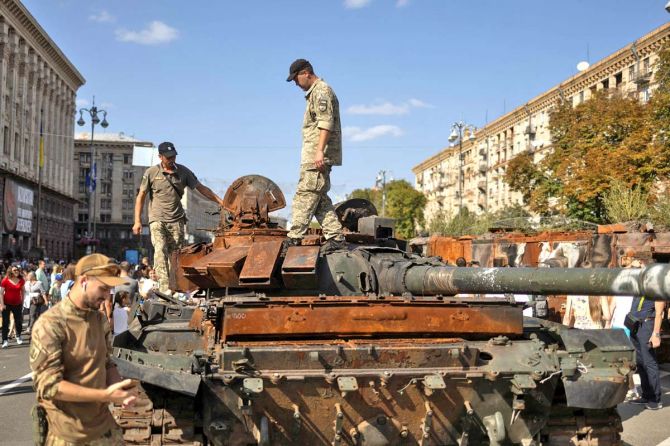 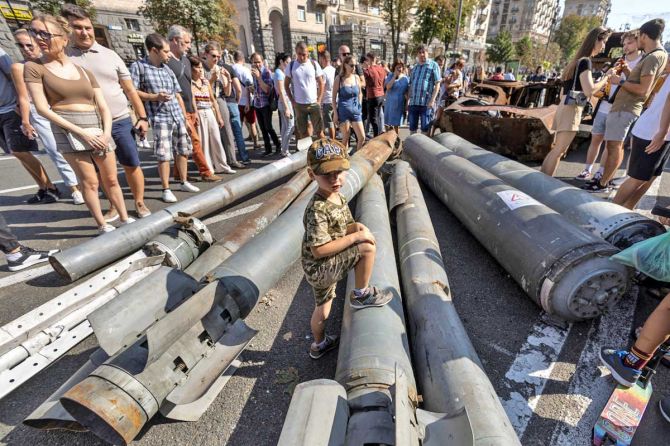 IMAGE: A boy stands on a used shell at an exhibition. Photograph: Valentyn Ogirenko/Reuters 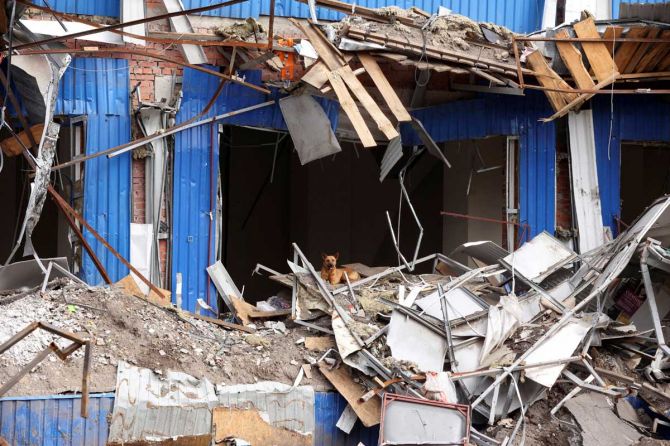 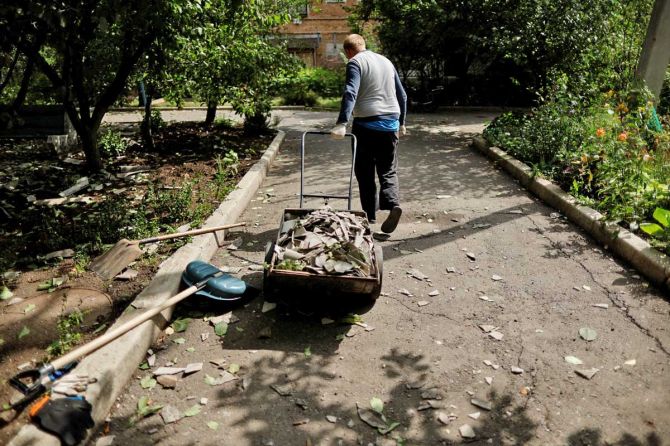 IMAGE: A man pulls a cart after he cleans his yard after a night of shelling. Photograph: Ammar Awad/Reuters 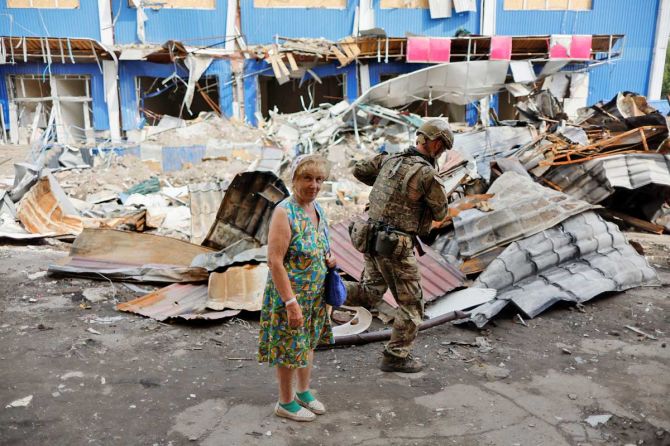 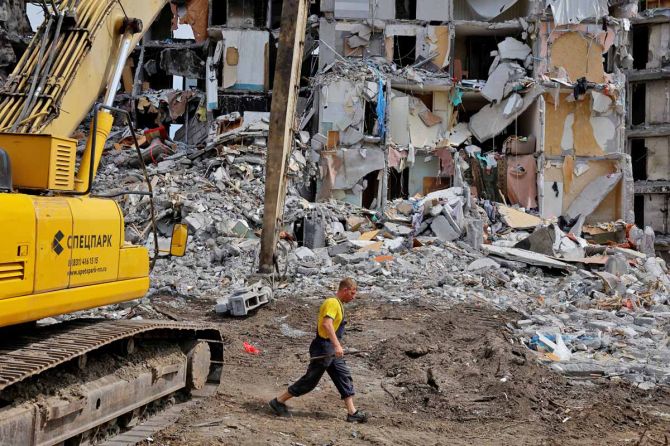 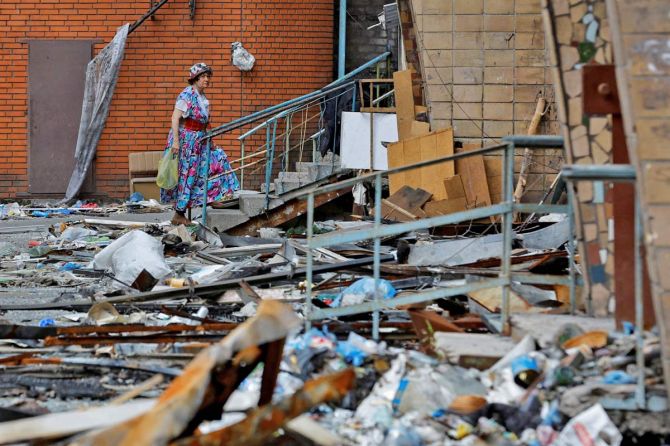 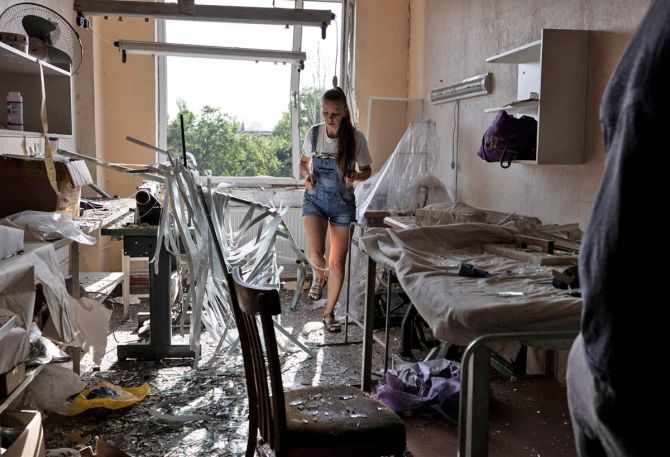 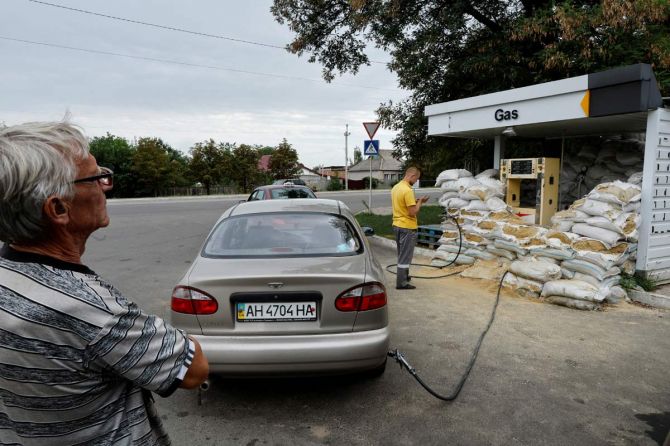 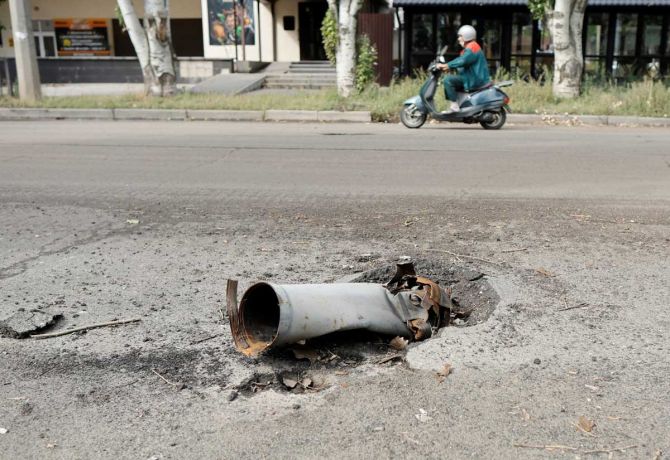 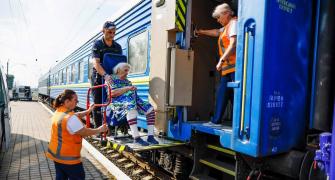 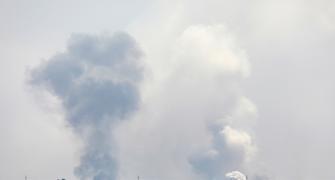 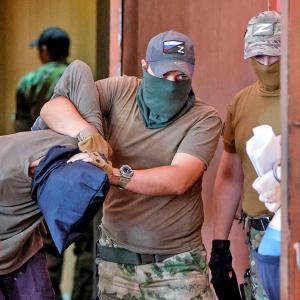 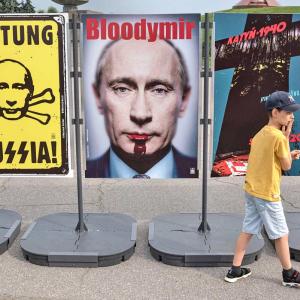