Tejashwi Yadav: Novice who gave veterans a run for their money

The 2020 assembly polls marked the coming of age of a politician who valiantly went down fighting an army of battle-hardened veterans. 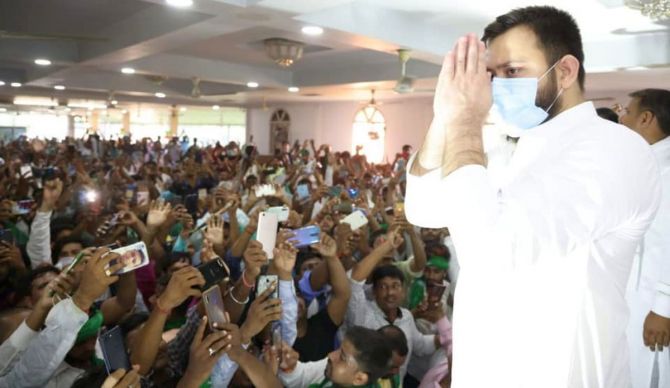 An avid cricketer whose career never really took off, a political greenhorn who got power on a silver platter but failed to keep it, a scion of Bihar's most powerful family who could not get past the 9th grade.

That was Tejashwi Yadav until the 2020 assembly polls marked the coming of age of a politician who valiantly went down fighting an army of battle-hardened veterans.

He may have failed to learn the textbook lessons at DPS, R K Puram, in the national capital but showed an uncanny knack of reading the mind of voters, like his more famous father, as he led the opposition Grand Alliance to an impressive performance in the polls winning 110 seats in the 243-member assembly.

He also powered the Rashtriya Janata Dal to the status of the single largest party in the House with 75 seats.

Analysts feel Tejashwi's poll promise of sanctioning "10 lakh government jobs at my first cabinet meeting" was a masterstroke which had the young voter swooning in a state reeling from widespread joblessness sparked by COVID-induced lockdown when the return of countless migrants home brought the state's largely agrarian economy under further stress.

The promise was good but not good enough to bring down the National Democratic Alliance government. 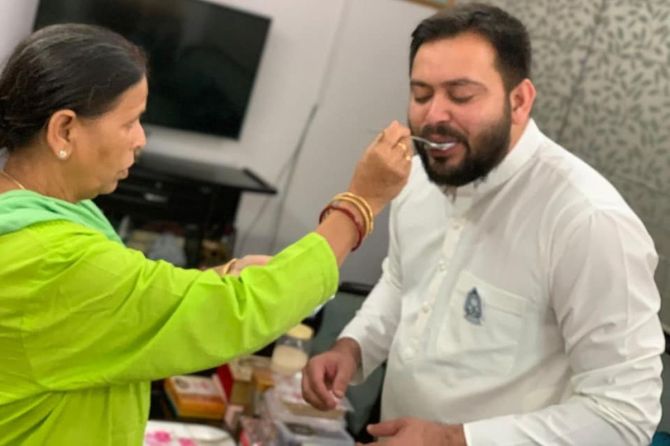 As part of a cleverly crafted strategy that endeared him to liberals, he chose to steer clear of contentious issues like the Ram temple, a bait thrown at him by top BJP leaders, and stuck to his core agenda of unemployment and alleged corruption in the Nitish Kumar administration.

For a young man whose ability to lead the party was called into question after the RJD's unprecedented debacle in the Lok Sabha elections when it failed to win even one of the state's 40 seats, it was no mean feat that he succeeded in galvanising an organisational machinery in stupor after the battering.

Humility is a trait which, according to those who saw him at school or later as an aspiring cricketer, defines the younger son of two former chief ministers which was reflected in the manner in which he accommodated the Congress and the Left, seen as a spent force in the state ever since it was swept over by the Mandal wave.

Another hallmark of his personality is the ability to think on his feet. After deciding early on in life that studies were not for him, Yadav chose not to cling to his cricketing aspirations either after the much-needed big break eluded him. Contracted by IPL franchise Delhi Daredevils for some time he remained in the reserve list.

He announced his "retirement" from cricket just a couple of years before entering politics in 2015 at the tender age of 25. The new vocation came as a perfect pitch to bat on as he won from Raghopur in the assembly election comfortably.

Soon Lalu made it clear that Tejashwi was his chosen successor, and he was appointed the deputy chief minister in the Nitish Kumar government. 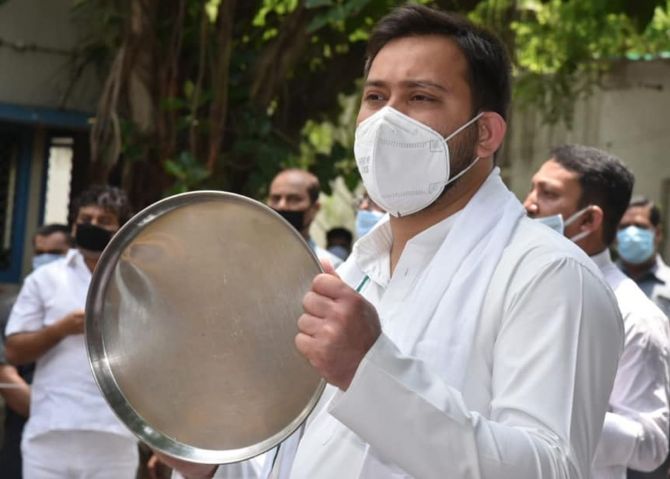 As fate would have it, Tejashwi's name cropped up in a money laundering case related to alleged illegal land transactions when his father was the railway minister in the United Progressive Alliance-1 government. Tejashwi was in his teens when the alleged scam happened.

The development drew heavy opposition fire and Nitish Kumar snapped his ties with the RJD, before returning to the NDA, giving up his ambition of heading a nationwide coalition for a "Sangh Mukt Bharat" which could pose a challenge to the Narendra Modi juggernaut.

Tejashwi took the sudden loss of power on the chin, transitioning seamlessly into a doughty leader of the opposition.

As Lalu landed in jail following conviction in a number of fodder scam cases, Tejashwi, by now the RJD's chief ministerial candidate, kept the party afloat and also rallied leaders as diverse as Rahul Gandhi, Arvind Kejriwal and the Left bigwigs at a rally in New Delhi against the Muzaffarpur shelter home sex scandal, making his presece felt at the national level.

Towards the end of 2018, he seemed bogged down by problems in the family. Much of his time and energy was spent trying unsuccessfully to prevent mercurial elder brother Tej Pratap's nasty marital dispute from playing out in the open. 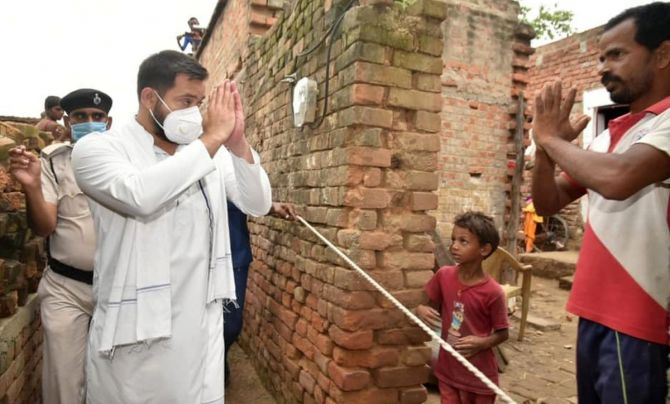 After the Lok Sabha poll fiasco, Tejashwi showed signs of torpor, choosing to spend most of his time away from Bihar and even giving a month-long assembly session a miss during an outbreak of brain fever and flash floods in north Bihar, providing the opposition with ample ammunition to attack him.

Leaders of the JD(U)-BJP combine ridiculed him as an "ill prepared student afraid of facing exams" when he demanded that the assembly elections be deferred in view of the raging COVID-19 pandemic.

However, once the elections were announced, he steeled himself for the fight.

The young leader displayed quiet ruthlessness while marginalising dissenters and guile in keeping his ambitious eldest sister Misa Bharti, a Rajya Sabha MP, away from campaign and Tej Pratap confined to his Hasanpur seat.

As the NDA seemed losing its earlier surefootedness, doddering under the weight of LJP leader Chirag Paswan's rebellion, he seized the moment and launched an indefatigable campaign, addressing more than a dozen rallies a day.

His frequent references to himself as "sher ka beta" (son of a lion) notwithstanding, leaders of the JD-U and the BJP claimed he was shying away from using the pictures of his parents in his campaign as they were emblematic of the "jungle raj".

Prime Minister Narendra Modi lent weight to the narrative by frequently referring to him as the "Jungle Raj Ke Yuvraj".

He might have failed to lead his alliance to victory, but the assembly polls have heralded the advent of a young leader on Bihar's political firmament who can feel the pulse of youth and has abundant promise. 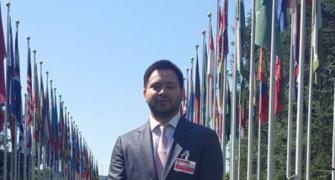 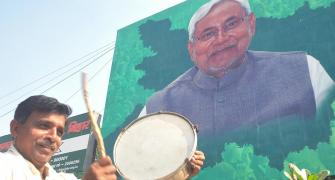 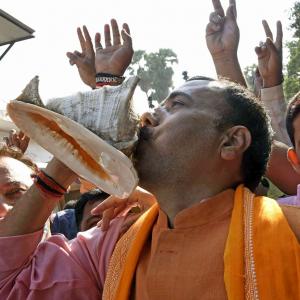