It was a tough assembly election for Bihar chief minister Nitish Kumar as he faced multiple challenges in his bid for the fourth successive term in office. 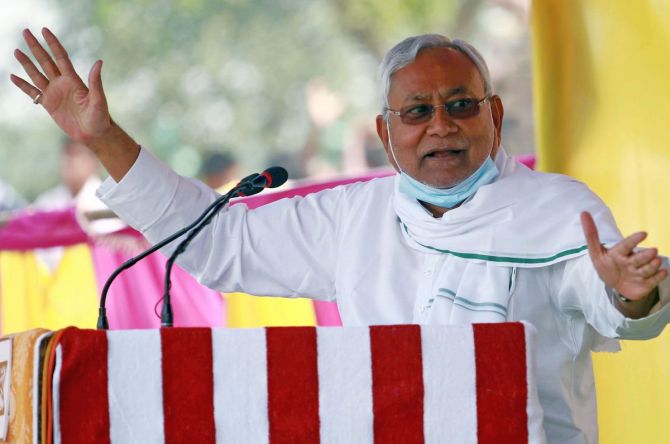 The performance of Janata Dal-United has down compared its performance in the 2015 elections and the ruling party could not win even half of the number of seats it contested in this election.

But the seats it won were enough to give a cushion to the strong performance by Bharatiya Janata Party to take the ruling National Democratic Alliance past the majority mark in the 243-member House.

Kumar's party could only win 43 seats out of the 115 seats it contested whereas the BJP, which fielded 110 candidates registered victory in 74 constituencies.

JD-U leaders said that the problems faced by people due to COVID-19 and the strategy adopted by LJP leader Chirag Paswan to put up candidates against the party and target the chief minister were among factors that led to a decline in the seats won by the party.

Kumar and the BJP sought to repeatedly remind people of "jungle raj associated with RJD rule" in the past even as RJD leader Tejashwi Yadav made jobs and employment a key issue.

The Congress and other opposition parties also reminded people of the problems faced by migrant labour from the state when the first lockdown was enforced to contain the spread of COVID-19.

While the NDA looked in a comfortable position about two months ahead of elections and Nitish Kumar was expected to cruise along on his image of "Sushsan babu", the elections saw Tejashwi Yadav put up a determined fight in terms of forging a cohesive coalition, launching sharp political attacks and through the sweeping promise of 10 lakh government jobs.

NDA's victory also appeared likely as the alliance had performed remarkably well in the 2019 Lok Sabha elections, winning 39 of 40 seats in the state.

Nitish Kumar's personalised barbs on Lalu Prasad were seen by political observers as a sign of some unease in the JD-U camp over Tejashwi Yadav's sustained and aggressive campaigning.

A six-time member of Lok Sabha and one of the most experienced political leaders of the country, Nitish Kumar was chief minister of Bihar briefly for eight days in March 2000.

He has continued helming the state as chief minister since November 2005 except for a brief period in between and is credited with improving infrastructure, law and order situation, initiating many people-oriented schemes, and putting the state on a sustained growth track.

Kumar served almost two full consecutive terms as the NDA scored a victory in the 2010 elections.

He resigned in May 2014, making party leader Jitan Ram Manjhi chief minister, but returned to the post in about nine months.

The 69-year-old leader left the Bharatiya Janata Party-led NDA in 2013, fought the 2015 Lok Sabha election with RJD to trounce BJP and again rejoined with NDA in 2017 after differences cropped up.

Tejashwi Yadav was his deputy in the coalition government formed by the two parties.

A leader belonging to the socialist school, Nitish Kumar has been different from his contemporaries Lalu Prasad and Mulayam Singh Yadav who have made their sons inheritors of their political legacy.

He is a six-time member of Lok Sabha.

Ahead of the third and last phase of the campaign, Kumar announced that it will be his last election.

While Tejashwi accused him of being weak and "of being unable to handle the state", Chirag attacked him throughout the campaign seeking to portray him as an opportunist.

Both of them alleged corruption under his rule.

Paswan said he will get 'Saat Nishchay' (seven resolves) scheme probed if voted to power and "send to jail those found guilty including the chief minister".

The LJP, which walked out of the NDA, put up candidates against the JD-U but not the BJP, creating some doubts about the cohesion of the alliance.

But while the JD-U numbers went down, the party has retained much of its support.

Nitish Kumar appears to have particularly retained his support among women voters with the stable governance he has provided as chief minister.

The welfare programmes of the NDA government and appeal of Prime Minister Narendra Modi also made a decisive impact to help NDA come to power. 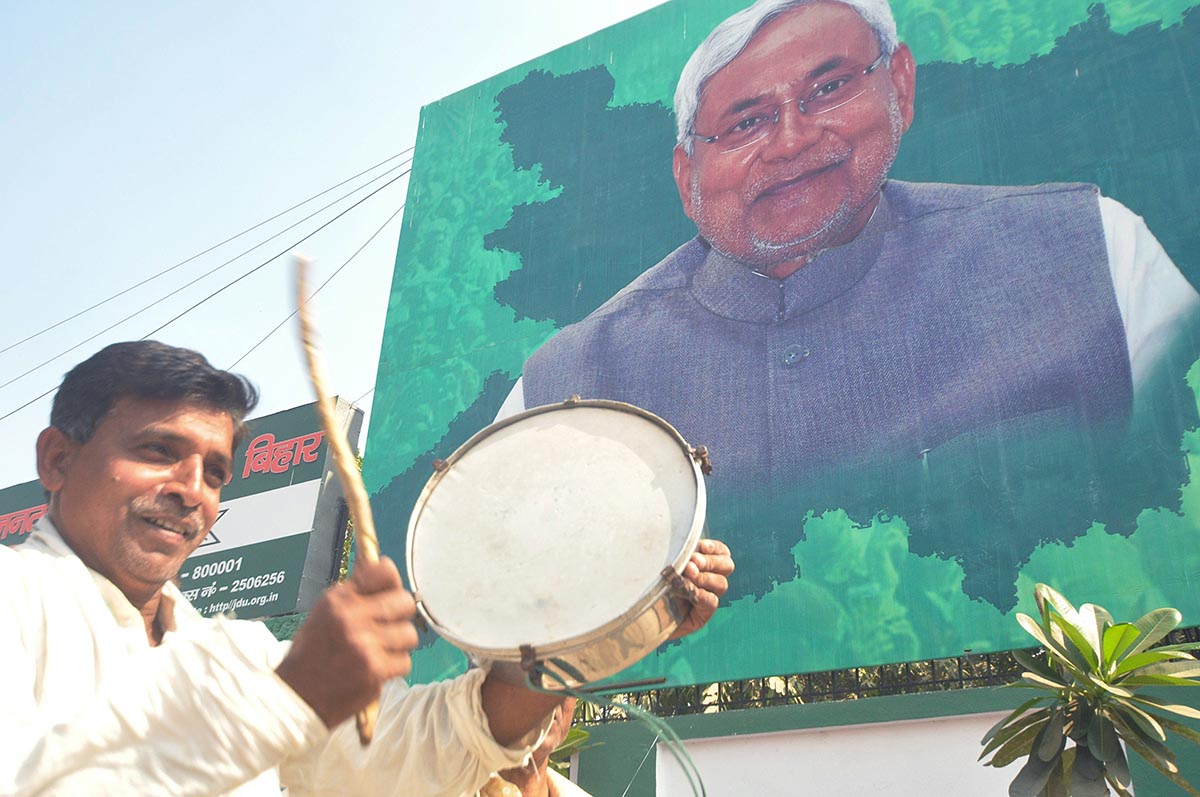