Nadda attacked in Kolkata, says Bengal has slipped into lawlessness An angry Nadda called the attack 'unprecedented' and alleged the state has slipped into 'complete lawlessness and goonda raj'.

He also said the violence reflected the 'frustration' of the Mamata Banerjee government.

"Every day they (BJP activists) are coming out (for rallies) with firearms. They are slapping themselves and blaming it on the Trinamool Congress. Just think of the situation. They are roaming around with the BSF, CRPF, Army, CISF....then why are you so scared," Banerjee said in Kolkata.

Her nephew and Diamond Harbour MP Abhishek Banerjee, in whose constituency the attack took place, however, claimed it was an outpouring of public anger as the BJP had not stood by them during difficult times.

"Nadda was in trouble today in Diamond harbour. What can I do about it? Outburst of people's anger is not my responsibility. Despite the hardships faced by people owing to lockdown, GST or the note ban, the BJP did not stand by the people," the TMC youth wing chief told a rally in Arambag.

'Bengal has descended into an era of tyranny, anarchy and darkness under the Trinamool rule. The manner in which political violence has been institutionalized and brought to the extreme in West Bengal under TMC rule is sad and worrying,' Shah tweeted.

Dhankhar accused the state administration of failing to act in spite of his alerting the chief secretary and the director general of police. 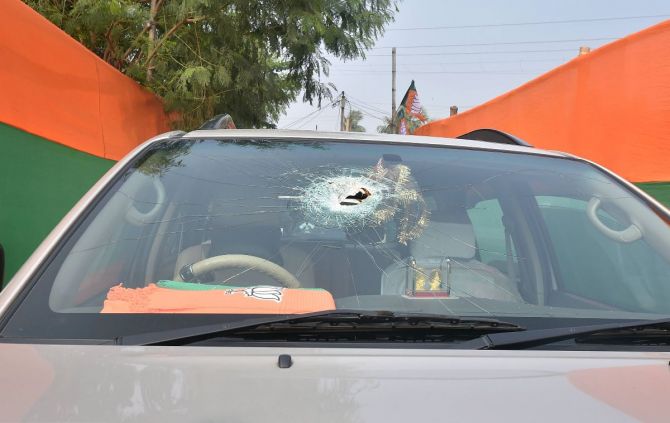 The governor tweeted that he had intimated the state administration, at 8.19 am and 9.05 am on Thursday, of the possibility of the collapse of law and order during a BJP meeting at Diamond Harbour in South 24 Parganas district.

'Am sure they have immunity and protection of political police with administration extension of political outfit,' Dhankhar wrote, adding, 'Events indicate total abdication of lawful authority.'

The vehicles in Nadda's motorcade were attacked when he was on way to Diamond Harbour to address a meeting of party workers, resulting in injuries to several BJP leaders including party general secretary Kailash Vijayvargiya.

Nadda, who was in a bulletproof vehicle, was unharmed.

Those present at the scene said scores of alleged TMC workers, some carrying sticks and iron rods and others armed with bricks, blocked the road near Sirakul in South 24 Pargana district adjoining Kolkata with motorcyles.

Shouting slogans against the BJP and the media, they squabbled with police when they tried to clear the way.

As the convoy tried to move past the protesting crowd, many ran alongside the vehicles, ominously thumping them with fists, sticks and iron rods, smashing windscreens and window panes.

Another batch of protesters, who had blocked a stretch of road a few kilometres away, advanced menacingly at the sight of the motorcade, pounded it with bricks.

Vijayvargiya and party vice president Mukul Roy were injured in the hand, while the latter's security guard was hit with a stone in the head.

As some journalists came out of the vehicles, they were pushed and shoved back, according to a PTI reporter accompanying Nadda.

Police ultimately chased away the protesters and Nadda managed to reach the meeting venue.

"What I witnessed today is shocking and unprecedented. West Bengal has become a state characterised by utter lawlessness and intolerance. The administration has completely failed and goonda raj prevails," Nadda later told a meeting of party workers.

"If I have reached here for the meeting it is due to Maa Durga's grace...I can imagine how difficult it is for common party workers in Bengal," he said.

"We have to defeat this goonda raj and we will," he said, adding, 'the state has reached a new low under the misrule of the TMC government'.

"Mukul Roy and Kailash Vijayvargiya were injured in the attack today. It is a matter of shame for democracy. There isn't a car in our convoy which was not attacked. I am safe because I was travelling in a bulletproof car. This state of lawlessness and intolerance in West Bengal has to end," he said.

"This goonda raj cannot be allowed to continue. This is jungle raj, the administration has collapsed."

State BJP president Dilip Ghosh, whose vehicle was also attacked, alleged 'Bengal has turned into Syria' under the TMC.

Nadda, cancelled his press conference in Diamond Harbour and addressed the media in Kolkata where he called the attack a reflection of 'Mamata Banerjee's frustration'.

"Bengal is suffering from lawlessness, anarchy and intolerance. The administration has crumbled. There's no place for political debate and discourse in Bengal under Mamata Banerjee," he told journalists.

He alleged corruption was rampant in the state where people had to pay commission 'even for performing the last rites of a family member'. 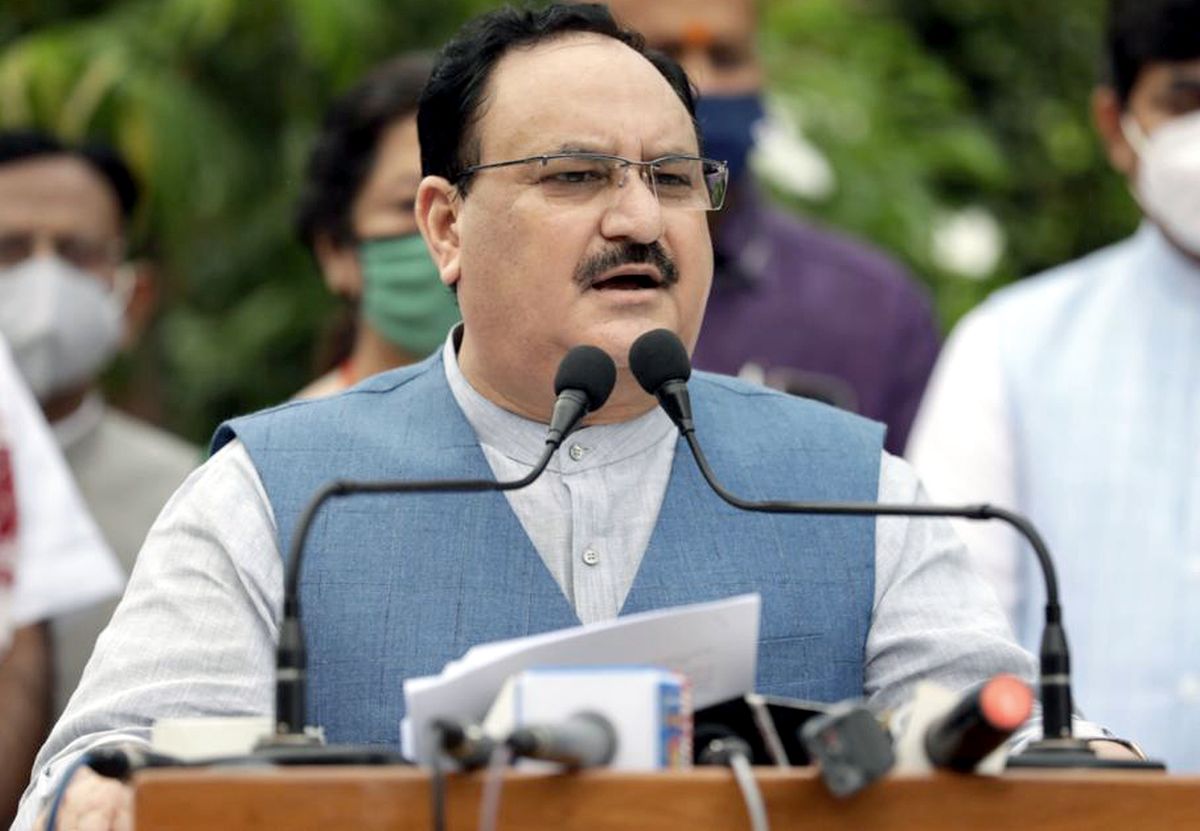