Nationalist Congress Party chief Sharad Pawar on Saturday described his nephew Ajit Pawar's decision to join hands with the Bharatiya Janata Party an act of indiscipline, and said Ajit and other MLAs of the party who have switched sides would attract the provisions of the anti-defection law.

Claiming that the new BJP-led dispensation would not pass the floor test, he asserted that the Shiv Sena-NCP-Congress combine has the numbers and will form the government.

Pawar addressed a press conference with Shiv Sena chief Uddhav Thackeray after the stunning developments of the morning.

The MLAs who have defected stand to lose the membership of the assembly, and when by elections are held, the Congress-NCP-Sena alliance will ensure that they are defeated, the Pawar senior said.

"Their voters, too, would take an appropriate stand," he said.

Sharad Pawar said he was not aware if his nephew decided to support the BJP out of the fear of the Enforcement Directorate.

Ajit Pawar is among those named in the multi-crore Maharashtra State Cooperative Bank scam case.

He also rejected the speculation that Ajit's defiance was the result of power struggle with Pawar's daughter Supriya Sule over the post of chief minister.

"Supriya is not interested in state politics. She is a member of Parliament and more keen on national politics," the NCP chief said.

Pawar said of the 10 to 11 NCP MLAs, who were present with Ajit Pawar at Raj Bhavan, three have returned to the party. "Two more are on the way," he said.

"From TV grabs and pictures, we have identified the legislators," he said.

"As the NCP legislature party leader, Ajit Pawar had the list of all the 54 MLAs with names, signatures and constituencies for internal party use. I presume he has submitted that list as a letter of support to the Governor. If this is true, the governor has been misled," Sharad Pawar said.

The new government will not pass the floor test, Pawar said, adding, "Congress, NCP and Shiv Sena have the numbers and we will form the government. We are together and are capable of tackling such obstacles. We will need to elect a new leader of the NCP legislature party," he said.

To a question over the split in the party and his family, Pawar said, "I have been through this earlier as well. In 1980, I was successful in defeating all those who deserted me. Politics and family are different."

"Whatever Shiv Sena does, is out in the front, done openly. Our politics is not "Ratris Khel Chale" (The Game Goes on at Night)," he said, referring to the title of a popular Marathi horror TV serial.

"Earlier EVM game was going on, and now this is a new game. From here onwards I don't think elections are even needed," Thackeray added.

"I heard the Union cabinet met early this morning. Just like surgical strike against Pakistan, this was a `furgi-cal' strike on Maharashtra...This is clear disrespect of people's mandate and the Constitution. This is a surgical strike on people of Maharashtra and they would avenge it.

Slamming the BJP, the Sena chief said, "That party doesn't want allies, opposition as well as internal rivals. Shiv Sena is fighting against this tendency. We want everything to happen as per the law and the Constitution. We (Sena-NCP-Congress) are together." 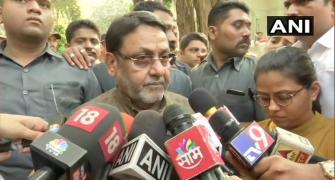 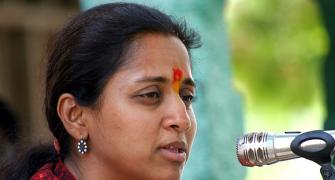 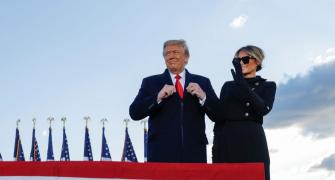 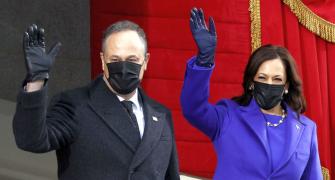 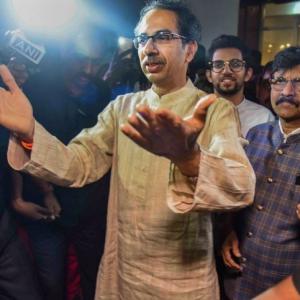