A house in the slum area of Anna Nagar near ITO in Delhi collapsed on Sunday following heavy rainfall, but no one was present in it at the time of the mishap. IMAGE: NDRF personnel near the site of a collapsed house in the slum area of Anna Nagar, following rains in New Delhi. Photograph: Ravi Choudhary/PTI Photo

Three fire tenders were rushed to the spot.

A small NDRF team was sent to Anna Nagar near ITO to take stock of the situation.

"The flow of water in the nullah was intense. Running water entered a pit which was dug to construct a parking facility causing severe erosion which led to the collapse of nearby houses. My house vanished as if it never existed," Pushpa, a resident of the slum said.

Aam Aadmi Party MLA Praveen Kumar said, "A big accident happened here. Fortunately no one was killed. The Delhi government is providing every help. Emergency relief work is going on here. A goat has been injured and was taken to hospital with the help of an NDRF team."

"Houses that are prone to danger are being vacated. This accident is not small. I have talked to the government. The matter will be investigated and those who are responsible will be punished," added Kumar.

"All agencies including the Public Works Department, Delhi Jal Board, Delhi Municipal Corporation and Flood Department are working on a flood plan. They are in the process of implementation. Some of our staff was busy with COVID-19, but we are doing the needful," Sisodia said.

On the other hand, Delhi Congress Committee president Anil Chaudhary who was present at the site slammed the government and said that it had not made arrangements for the monsoon that resulted in the house collapse. 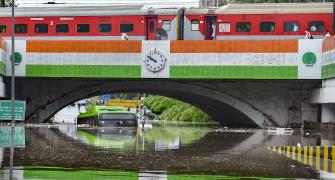 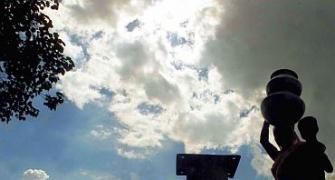 Shocking! Drought in the middle of India's floods 'Why should the CM be held accountable for disasters?'