The Supreme Court on Friday agreed to examine the Cauvery monitoring committee report, which decided that Tamil Nadu would get 8.85 TMC of water next fortnight from the river basin to tide over its distress situation.

A bench of justices D K Jain and Madan Lokur adjourned till October 19 hearing on the inter-state water dispute to enable Tamil Nadu to place on record the reported directive of the monitoring committee on the issue.

The bench also did not approve Karnataka's argument that it was cumulatively releasing water over a period of time as against the apex court's directive of releasing 9,000 cusecs water to Tamil Nadu. "You are releasing 3,000 cusecs on some days. On other days you are releasing more water. It may have lot of repercussions. Some areas may even be flooded. We do not know," the bench told senior counsel Fali Nariman appearing for Karnataka.

The court made the observation in response to Nariman's submission that despite its own distress situation the state was complying with the directive for releasing 9,000 cusecs to Tamil Nadu though it was done on a staggered basis.

The bench also dismissed a petition filed by a group of farmers from Karnataka seeking stay of its September 29 order directing release of 9,000 cusecs of water to Tamil Nadu.

On October 11, the Cauvery River Authority passed the directive for release of 8.85 TMC on the basis of the findings of a central team that visited Karnataka and Tamil Nadu last week.

Karnataka, however, maintained that it would not accept the award.

At the last hearing, the court had observed that agitations do not serve any purpose and its order directing Karnataka to supply 9,000 cusecs of water to Tamil Nadu will not be an impediment to any decision by Prime Minister Manmohan Singh on the review petition filed before the Cauvery River Authority.

The CRA meeting on September 19 had failed to produce a solution as both Karnataka and Tamil Nadu had rejected the prime minister's award of 9,000 cusecs of water to save the standing crops in the delta region.

The CRA, headed by the PM, comprises chief ministers of Karnataka, Tamil Nadu, Puducherry and Kerala.

In its application, Tamil Nadu had said during the current irrigation year 2012-2013, though the southwest monsoon is not vigorous in the Cauvery catchment of Karnataka, the state of Karnataka has received 21.9 TMC ft of inflow in its four major reservoirs up to July 20.

"But it has not shared the water with Tamil Nadu. Instead it started to build the storages in its four major reservoirs and letting water in the canals of Krishna Raja Sagar for irrigation with the result that the state of Tamil Nadu has been deprived of its due share of water as per the interim order of the Cauvery Water Disputes Tribunal," the application said. 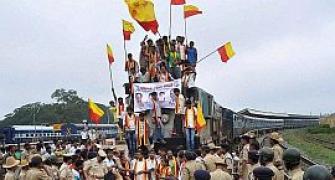 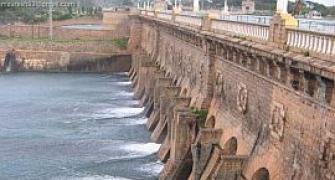 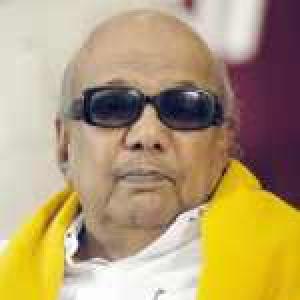