The Shaheen Bagh protesters told the Supreme Court-appointed interlocutors on Friday that if the road parallel to the anti-Citizenship Amendment Act protest site was opened, the apex court should pass an order ensuring their security. The interlocutors -- senior advocates Sanjay Hegde and Sadhana Ramachandran -- began the third day of their discussion with the protesters on Friday evening.

They inspected the roads and observed that they were barricaded by the police for 'no apparent reason' and emphasised that the action of re-barricading the roads 'defeats the very purpose of confidence-building on the part of the police'.

Restrictions on the Kalindi Kunj road between Noida and Delhi continued on Friday after it was briefly opened by the Uttar Pradesh Police on Thursday night, officials said.

The Delhi Police admitted that the protesters had not blocked the parallel road, but they had barricaded it to provide security to the protest site.

The road, which connects Noida to south east Delhi and further to Faridabad in Haryana, was closed for traffic in the wake of the anti-Citizenship (Amendment) Act (CAA) protest at Shaheen Bagh since December 15.

Only emergency vehicles like ambulances and school buses are being allowed to pass through the stretch, the police said.

"When several adjoining roads are open, why are they insisting us to move from this road? This is not the only road connecting Delhi to Noida," a woman protester told the interlocutors.

Hegde said, "Today is Shivratri. If somebody uses a cuss word, it becomes a blessing today. It is your right to speak. Speak up. Say everything you want to say. Let us take a joint decision for all the affected parties here."

The protesters told the interlocutors that the police barricaded the road parallel to their tent, besides two other roads that connect to the Shaheen Bagh-Kalindi Kunj road.

The interlocutors called the police to the spot to discuss the matter with the protesters.

A police official told the interlocutors that the parallel road as well as certain other roads were kept barricaded to give protection to the protest site. 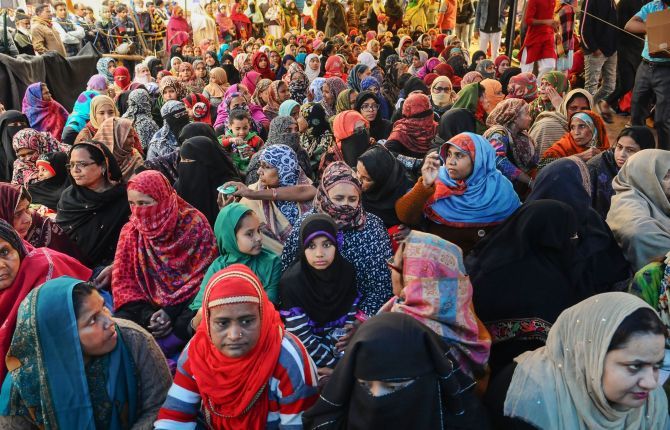 A woman protester told the mediators, "The government thinks women are uneducated. All of us are educated women who know what we are fighting for. The students from Jamia Millia Islamia, who were teaching us more on CAA and NRC, are being beaten up. If the police could not stop the men who fired at us, how are they claiming that they will protect us if the parallel road is opened?"

Another woman protester said, "We want in writing that if there is a single incident of attack or firing, the police officials, from the SHO to the police commissioner, should be shunted out.

"Union Home Minister Amit Shah has said the NRC is not coming soon, so ask him to issue a circular, saying they are not bringing the NRC now. We want the Supreme Court to pass an order on our security if the road adjoining the protest site is opened."

The interlocutors checked on all the roads connecting Delhi to Noida late on Thursday, along with some protesters and police officials.

Ramachandran said, "When we checked on the roads, we noticed that you (protesters) were right. Many roads are open, which were blocked by the police.

"I am very upset to say that the Noida-Faridabad road, which was opened on Friday, was again closed by the police. Whoever has done this is now answerable to the Supreme Court."

The restrictions are a 'conscious' decision of the Noida Police and are continuing as it is, Deputy Commissioner of Police (Noida Traffic) Rajesh S told PTI.

He added that the day the Delhi Police decides to lift the restrictions, 'we will also do it on our side'.

"Only emergency vehicles like ambulances and school buses are allowed through the road stretch which has already been happening since the restrictions were put in place," he said.

Hegde later told PTI that the interlocutors were at a close proximity with the protesters and could get a 'good sense of their anxiety, pain and fears', particularly with regard to their security.

"Opening of one side of the road which was not originally blocked by the protesters was discussed as a first step. The protesters clarified again that the blockade on the non-protest side had originally been imposed by the Delhi Police and not them.

"However, later the protesters felt that the closed non-protest part of the road would ensure their security especially in the light of some incidents of attempted firing upon them earlier," he said.

Hegde said the protesters, in principle, were not fundamentally against opening of the non-protest side of the road if their security could be guaranteed in writing by the Delhi Police under suitable orders of the apex court.

"This morning we were very happy about the opening of the Noida-Faridabad road by the police. This brought substantial relief to the Faridabad commuters.

"However, we were informed that soon thereafter the road was again barricaded by the police for no apparent reason. This was extremely distressing to us and we wish to emphasise that the action of re-barricading the roads defeats the very purpose of confidence-building on the part of the police," he added.

"We will not be holding a public interaction tomorrow to enable the protesters to come to an independent conclusion as to the way forward. We will return on Sunday only if we deem it necessary and feasible to do so," Hegde said. 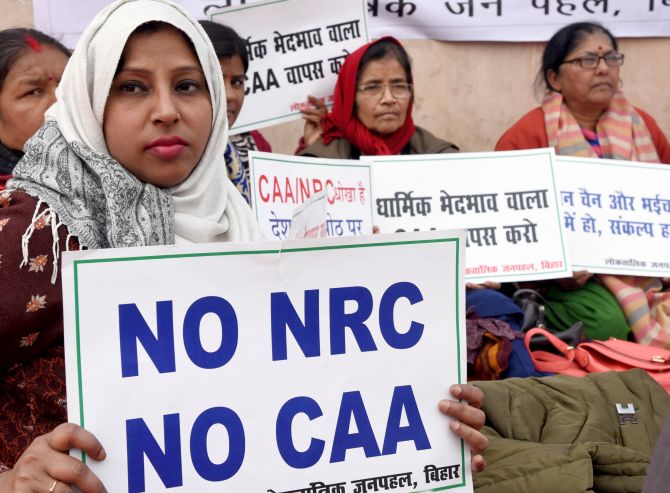