Rashtriya Janata Dal leader Manoj Jha on Tuesday alleged that leaders of the Janata Dal-United and Bharatiya Janata Party were delaying the handover of certificates to winning candidates. IMAGE: Congress and RJD party supporters hold posters during a havan for the victory of the party in the Bihar elections. Photograph: ANI Photo

"Numbers are close and the margin is low. Our strike rate is better than others. JDU-BJP leaders are sitting at the chief minister's residence. I urge these leaders and the administration that it is their duty to be impartial. They are delaying the handover of certificates and not entertaining our candidates. It is us who will win," Jha told reporters.

Meanwhile, the RJD tweeted, "In almost 10 seats, the Nitish administration is delaying the count and not giving certificates to the winning candidates. Sitting in the CM's residence, Nitish Kumar and Sushil Modi are putting pressure on DMs and ROs through phone calls by the CM's principal secretary to decide closely contested seats in their favour."

Despite the lead of the National Democratic Alliance in the elections, the RJD leader expressed confidence that the Mahagathbandhan would form the government in the state.

When asked if they were forming the government in Bihar, Jha said "Pukka (for sure). 200 per cent."

The lead count of parties is changing frequently due to narrow margins on several seats.

Election officials have said that results will be delayed as the number of polling stations have been increased from 72,723 earlier to 1,06,515 to ensure adherence to social distancing measures in view of the coronavirus pandemic.

The fate of 3,755 candidates is being decided in the polls which were held in three phases. 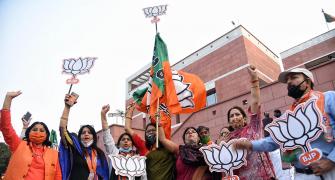 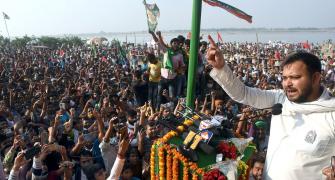