The National Democratic Alliance has retained Bihar with a wafer-thin majority of 125 seats in the 243-member assembly, paving the way for a fourth term for Chief Minister Nitish Kumar.

Though the Rashtriya Janata Dal-led opposition alliance put up a tough fight, they could not go past the halfway mark.

However, the Tejashwi Yadav-led party emerged as the single-largest party with 75 seats, while the Bharatiya Janata Party won 74.

Chirag Paswan's Lok Janshakti Party could win only one seat. 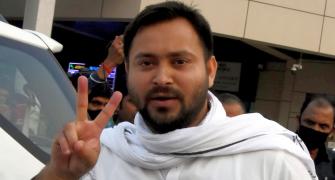 Exit polls project edge for RJD-Cong over NDA in Bihar