Prime Minister Narendra Modi himself had campaigned for the NDA, he noted.

"The trends so far are in favour of the NDA. I think we did not pay attention to the Bihar election. We (NCP) did not contest because we felt that young leadership in the form of Tejashwi Yadav should come forward," Pawar told reporters.

"Tejashwi has put up a gritty fight," he said.

"We did not get desired results in the Bihar election. There are some reasons for it. What I saw in the entire campaign was that Prime Minister Narendra Modi himself took a lot of interest in the election.

Irrespective of the number of seats the Grand Alliance led by the RJD gets, it is a "good achievement" and it will give inspiration to the young generation, Pawar added. 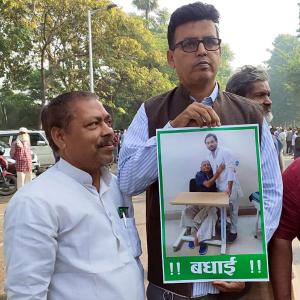