With the National Democratic Alliance retaining power in Bihar albeit with a narrow three-seat majority, workers from both the Bharatiya Janata Party and the Janata Dal-United celebrated by bursting crackers and distributing sweets. 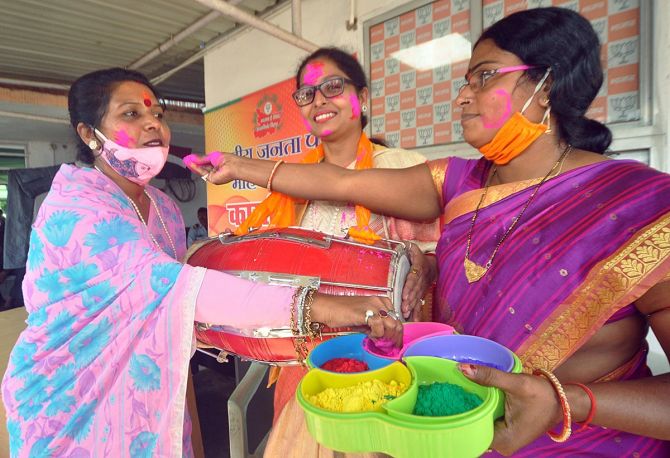 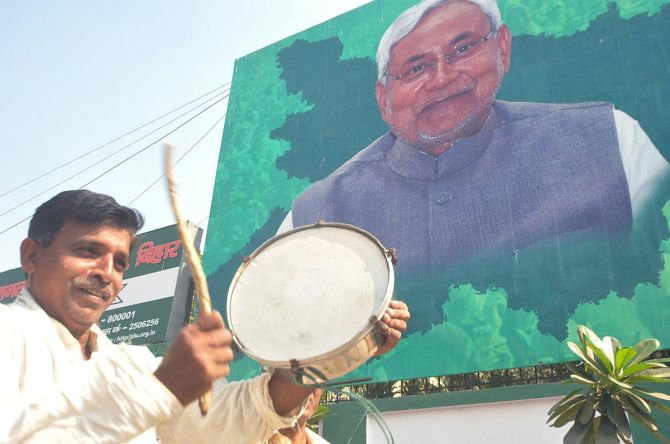 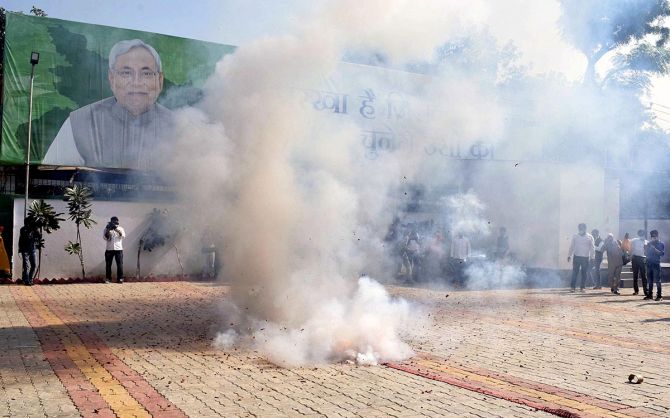 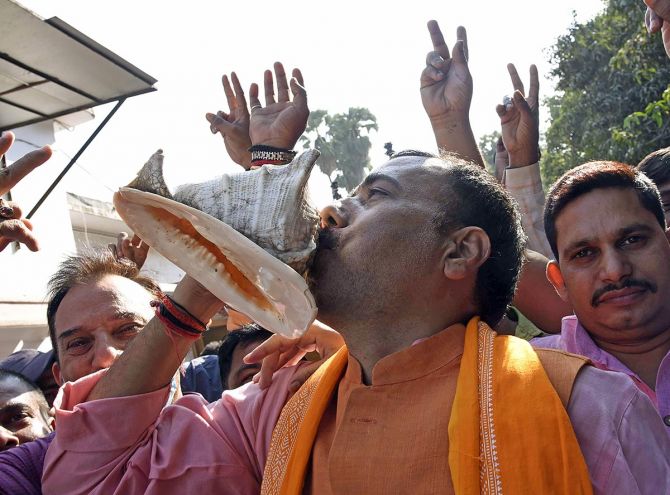 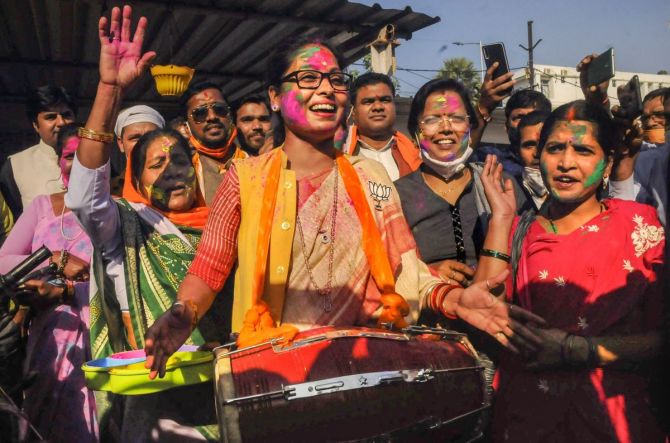 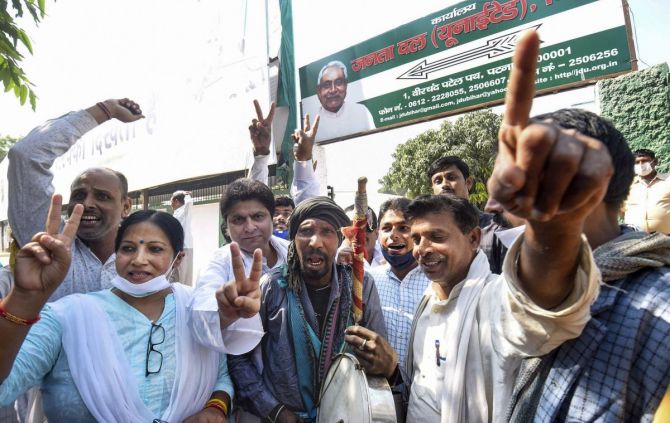 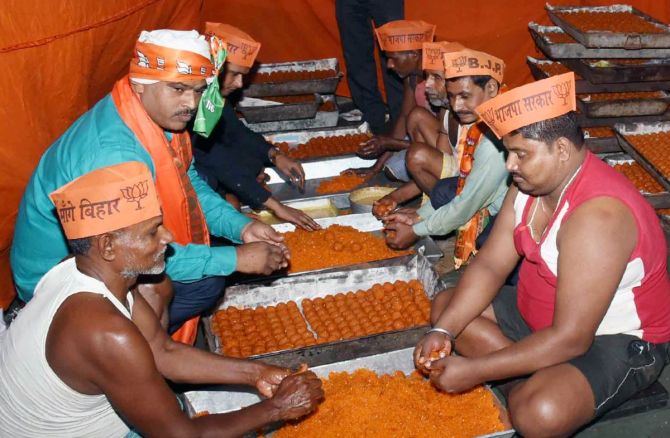 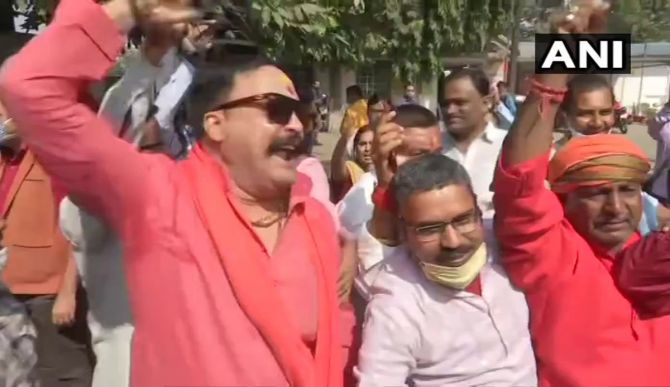 Sloganeering and cheers can be heard outside the BJP office in Patna after trends showed that the BJP is faring well in the elections. Photograph: ANI Photo 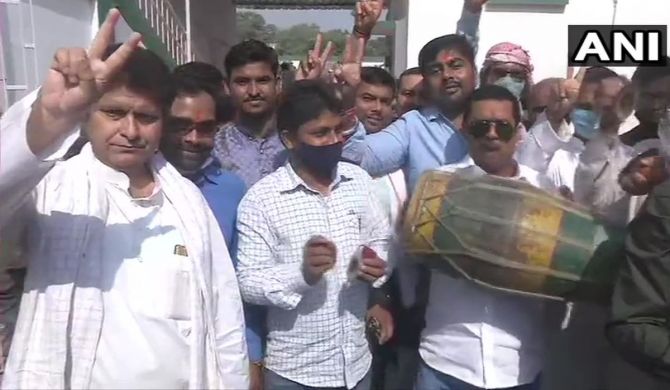 The dhols come out at the JD-U office as workers begin celebrating their win. Photograph: ANI Photo 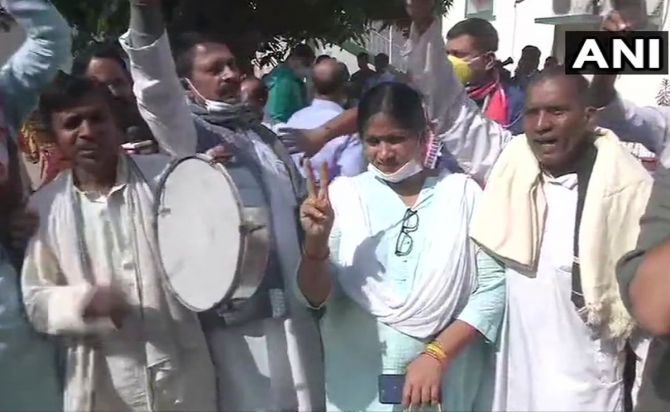 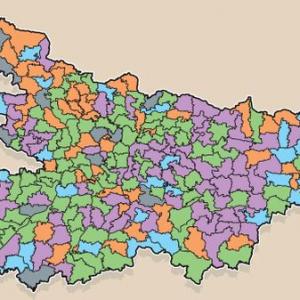