Dissident Shiv Sena MLAs and a group of independent legislators, led by Eknath Shinde, who have been camping at a hotel in Guwahati since June 22, will leave for a neighbouring state of Maharashtra later on Wednesday, official sources said. 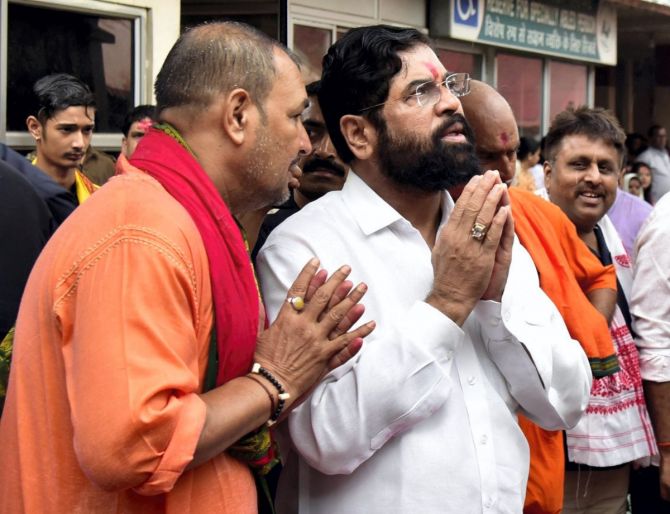 A chartered flight will depart from the Lokpriya Gopinath Bordoloi International (LGBI) Airport in Guwahati in the afternoon with the MLAs, they said.

"It will leave around 3 pm from Guwahati," the sources told PTI.

Asked about the destination, they said it is likely to be a 'neighbouring state' of Maharashtra.

Earlier, it was reported that the MLAs will be shifted to a hotel in Goa.

Three air-conditioned Assam State Transport Corporation have reached the Radisson Blu hotel to carry the legislators to the airport, the sources added.

The development came a day after Maharashtra's opposition leader Devendra Fadnavis met Governor Bhagat Singh Koshyari in Mumbai, requesting him to ask Chief Minister Uddhav Thackeray to prove majority on the floor of the assembly.

Koshyari has asked Thackeray to prove majority by Thursday 11 am.

Rebel Shiv Sena leader Eknath Shinde said on Wednesday that he will return to Mumbai on Thursday to 'complete the formalities', indicating he would participate in moves to form a new government.

The Maharashtra legislators had first come to Guwahati on June 22 and subsequently in several batches from Gujarat's Surat in chartered flights. 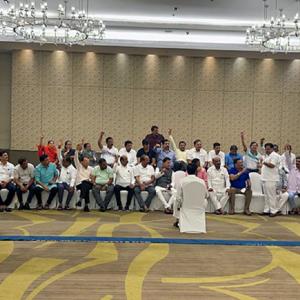