After waiting in the wings in the over week-long political drama sparked off by Shiv Sena minister Eknath Shinde's rebellion, Bharatiya Janata Party leader Devendra Fadnavis on Tuesday night met Maharashtra Governor Bhagat Singh Koshyari, and requested him to ask the Uddhav Thackeray government to prove its majority in the Assembly. 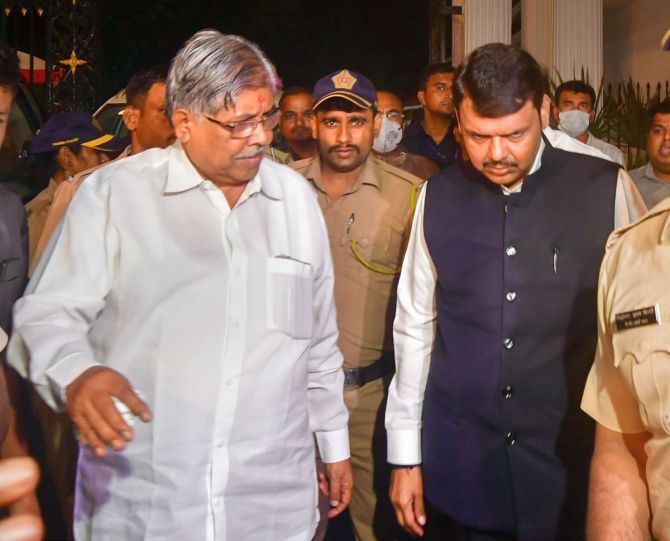 Fadnavis claimed that the Shiv Sena-Nationalist Congress Party-Congress coalition government seemed to be in minority as 39 Sena MLAs who belong to the Shinde faction have said they do not support the government.

"Therefore, we handed over a letter to the Governor, requesting him to ask the government to prove its majority through a floor test in the House," he told reporters.

Before meeting the governor around 10 pm, Fadnavis met top BJP leaders in Delhi earlier in the day.

According to sources, before Fadnavis landed at the Raj Bhavan here, eight Independent MLAs, who were earlier associated with the Shiv Sena, sent emails from Guwahati -- where the rebel group headed by Shinde is camping -- seeking floor test at the earliest claiming that Thackeray government has lost its majority. 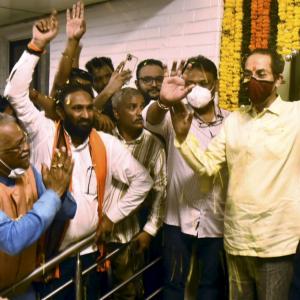