The Rajya Sabha clocked 99.80 percent productivity during the Budget Session that concluded on Thursday, missing the 100 per cent landmark just by 10 minutes, officials said. This is the Upper House's third best productive session in the last 14 sessions since the Monsoon Session (243rd Session) of 2017, the Rajya Sabha officials said.

As against the scheduled 29 sittings, the House held 27 that included 10 during the first part of the Budget Session and 17 during the second part that concluded on Thursday.

Two sittings were given up ahead of Holi and Ram Navami on the suggestions from leaders of various parties in the House.

The Rajya Sabha secretariat said in a statement that this Budget Session started on a positive note, witnessing no disruptions and forced adjournments during the first 12 full sittings, which is the best such stretch in about last three years.

During this session, the Rajya Sabha passed 11 Bills including the six on Appropriation and Finance Bills that were returned.

One Bill, the Weapons of Mass Destruction and their Delivery Systems (Prohibition of Unlawful Activities) Amendment Bill, 2022 was introduced in the House Thursday.

The House witnessed forced adjournments on six days, all during the second part of the Session, but members sat beyond the scheduled hours on 11 days, the officials said, adding that in all, 21 of the 27 sittings were free of forced adjournments.

As against the scheduled sitting time of 127 hours 54 minutes, the House functioned for 127 hours 44 minutes, officials said, adding that the productivity of the House would have been 100 percent but for the loss of these 10 minutes.

While functional time of 9 hours 26 minutes was lost to disruptions and forced adjournments, the House gained 9 hours 16 minutes with members sitting beyond the scheduled hours.

The members discussed the ministries of Railways, Development of North-Eastern Region, Tribal Affairs and Labour and Employment for a total time of 22 hours 34 minutes.

This was the best performance in this regard in the last 12 years, after five ministries were discussed in 2010, the officials claimed.

Of the total functional time, 37 per cent was spent on debates on the Motion of Thanks to the President's address, Union Budget for 2022-23 and the working of four ministries.

As much as 23 percent of the time was spent on the government's Bills and 10 percent on raising issues of public importance through Zero Hour and Special Mentions.

The officials said 135 starred questions, accounting for 37.50 percent of the total 360 listed, were orally answered in the House.

During the second part of the Budget Session, the eight Department Related Parliamentary Standing Committees of Rajya Sabha held a total of 16 meetings for a combined 19 hours 30 minutes.

The average attendance in these meetings has been 50.10 per cent with the Committees on Home Affairs, Education and Health and Family Welfare reporting over 60 percent, officials said.

The average duration of these 16 meetings has been 1 hour 13 minutes.

These Committees submitted 36 reports during the second part of the Session including 30 on the Demands for Grants of various ministries and departments.

The productivity of the House of 99.80 percent during this Budget Session has been the third best since the Monsoon Session of 2017, the statement said.

The productivity of Rajya Sabha during this Session has improved from 94 percent of the Budget Session last year.

Chairman M Venkaiah Naidu did not make the customary valedictory remarks on the last day of the Session as some members kept raising slogans and trooped into the Well of the House. 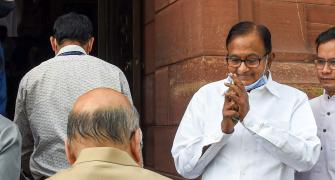 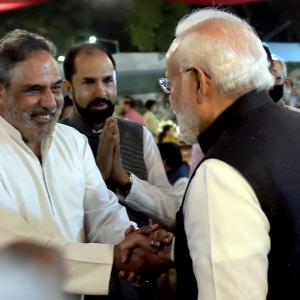 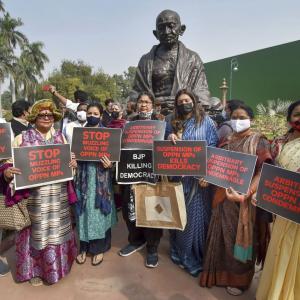