Parliamentarians on Thursday showcased their talent by singing movie and patriotic songs and playing the guitar at a cultural evening to honour retiring Rajya Sabha members. 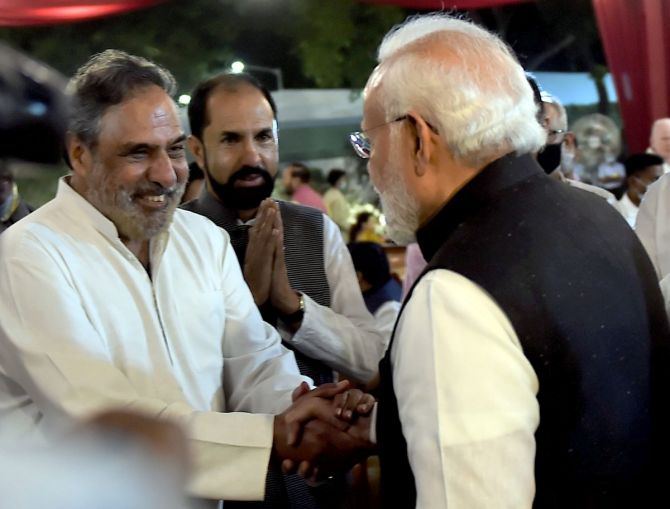 It was after a gap of two decades that saw such an occasion where MPs of the upper house enthralled their fellow colleagues at a dinner hosted by Chairman and Vice President M Venkaiah Naidu for 72 retiring members.

Prime Minister Narendra Modi also attended the dinner at Naidu's residence, where he clicked pictures with some of the outgoing members and interacted with them.

There was bonhomie all around as six members enthralled their colleagues.

Dola Sen (Trinamool Congress) sang a patriotic song of Rabindranath Tagore which was penned in 1905 as a mark of protest against the Partition of Bengal by Lord Curzon.

Another song by Tagore in 1906 was sung by Roopa Ganguly.

The farewell function was organised in honour of the 72 retiring members till July and another two later.

While welcoming the dignitaries present on the occasion, Harivansh expressed his gratitude to the Chairman for offering to organize a farewell function at his residence. He said that the tradition of bidding farewell after every two years in honour of retired/retiring Members signifies the high regard of the Rajya Sabha accorded to such Members for rendering yeoman service and valuable contribution.

Chairman Naidu while giving his best wishes to all those who are retiring said he did not know the hidden talent of members.

"We had a wonderful cultural programme. I never knew they (MPs) had so much hidden talent," he told the members.

While some Union ministers and BJP leaders will be renominated by the ruling party, there is no clarity on some renomination of the Congress members, some of whom are of the G-23 which has been critical of the party leadership. 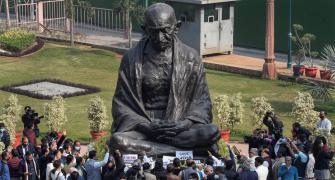 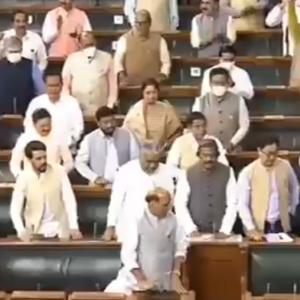 SEE: BJP MPs give rousing welcome to Modi in LS