News
Business
Movies
Sports
Cricket
Get Ahead
Money Tips
Shopping
Sign in  |  Create a Rediffmail account
Rediff.com  » News » 'Putin was a drunken groper during his time as KGB spy'

'Putin was a drunken groper during his time as KGB spy' 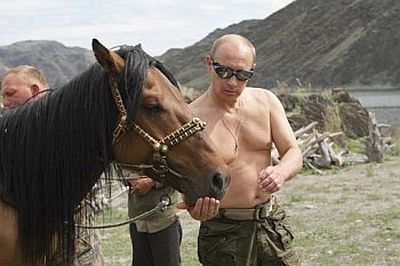 A latest documentary on Russian leader Vladimir Putin shows that during his time as a KGB spy, he was labelled a drunken letch by his Soviet masters.

According to Daily Express, he was also prepared to shoot unarmed protestors in East Germany during the peaceful revolution of 1989, underwent a secret facelift in 2010, is "terrified" of growing old and always travels with a personal chef because he is paranoid about being poisoned.

A file entry from the time showed how Putin got drunk at the birthday party of a friend and grabbed his daughter fiercely, hugging and kissing her, the report said.

The documentary revealed that intelligence sources and documents suggested there had been a total of 5 assassination attempts on Putin in recent years, following which the Russian leader has been exercising incredible delusions for control.