Akhil Bharatiya Vidyarthi Parishad (ABVP) activists were baton-charged and driven away when they barged into the residence of Karnataka Home Minister Araga Jnanendra on Saturday seeking 'justice' to Bharatiya Janata Party youth wing leader Praveen Nettar, who was murdered in Dakshina Kannada district. The members of the BJP's student wing holding their organisation's saffron flag stormed into the compound of Jnanendra's bungalow at Jayamahal here and raised 'We want justice' slogan.

They also sought a ban on Popular Front of India and its allied outfits, which they alleged were behind the killing of Hindutva activists and their growing influence in the state especially in the coastal districts bordering Kerala.

The police sought to persuade them to go away but they remained adamant and staged a sit-in demonstration inside the compound raising slogans.

Finally, the policemen dragged them out of the bungalow. A few of them were baton-charged as they resisted the police bid.

Later, the activists were driven away from the spot in government vehicles.

Reacting to the incident, Home Minister Araga Jnanendra said he learnt that some youth calling themselves ABVP activists came to his house and staged a demonstration, when he was away in Shivamogga.

"Police have taken them in their custody. I have told them (police) to investigate whether they are the members of the ABVP," Jnanendra told reporters.

He added that if the protesters were ABVP workers then he would wish to say that Chief Minister Basavaraj Bommai has already explained the measures taken by the government such as handing over Praveen Nettar murder case to the National Investigation Agency.

"I will call them and talk to them. They came to stage a demonstration against the fanatic forces. A few of them did some excesses, which I have noticed. They came to me thinking I am one amongst them and I too feel that they are my people," he said.

Meanwhile, a group of ABVP activists staged a demonstration in Vijayapura seeking a ban on the PFI and SDPI organisations for their alleged involvement in the murders of Hindutva activists in the state.

Praveen Nettar, a Bharatiya Janata Yuva Morcha district level office-bearer in Dakshina Kannada, was hacked to death by motorcycle-borne assailants on Tuesday night when he was heading home after closing his poultry shop in Mangaluru.

Two people were arrested in this connection while one more has been 'detained,' police sources said without divulging details. 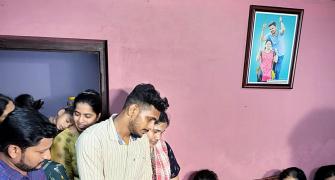 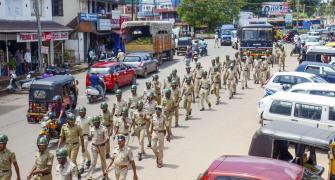 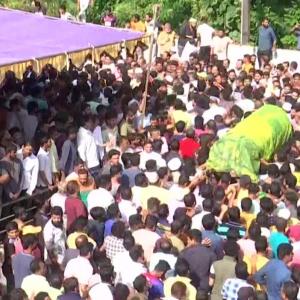