Lack of organisational network and a strong disconnect with the rural population led to the Congress president’s defeat in what until now had been described as a party stronghold. 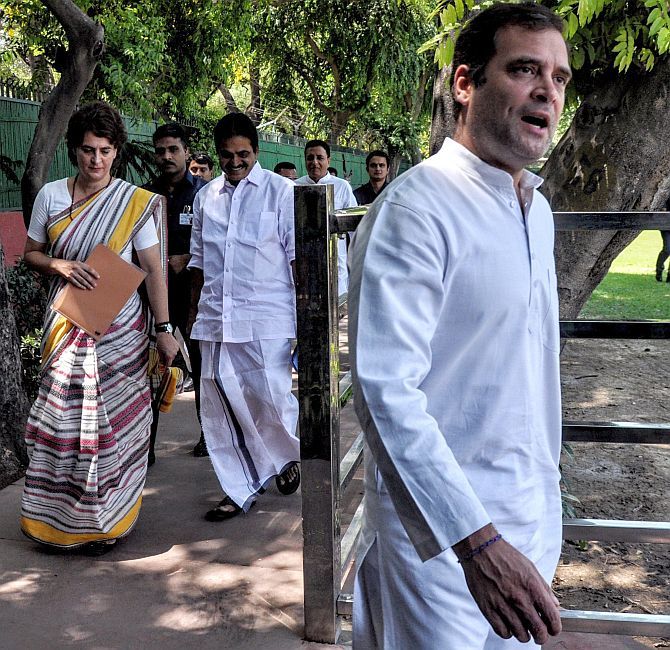 Lack of organisational network and a strong disconnect with the rural population led to the fall of the Congress stronghold Amethi, which has remained loyal to the Gandhi family since 1980.

Though the grand old party had been comfortably winning the seat, the victory had all through been thanks to the charisma and name of the Gandhi family without the support of the party organisation, political pundits opined.

On the first real challenge, in the face of a concerted campaigning by Irani, the Congress fortress came tumbling down since she had prepared and strengthened her organisation in this dusty constituency, 120 Km from the state capital.

The constituency also laments that though Rahul Gandhi had been a frequent visitor during this three stints as the MP, he had not reached the remote areas and failed to make a connect with those in the rural areas.

"Rahul used to get down at the Fursatganj airport and drive straight to Amethi and all his activities were confined there only. When he did not give enough time to the people how will he get the votes," said wholesale trader Neel Singh of Salon Navin Mandi area.

Indicating that Rahul's connect with the electorate was superficial, Raju Solanki who runs a tea stall at Salon bus stand, said, "It is his team of advisors that has spoilt his chances.

"His programmes used to be finalised around the main localities and highways but in contrast Smriti Irani reached villages and houses to establish direct dialogue with the locals, seeking votes for development and change and also benefitted through it," he explained.

The locals feel Priyanka's presence had also failed to make a difference as her programmes too were finalised by those who had little knowledge of the nerve of the constituency.

"You don't get votes merely by waving hands and moving about on the roads in big vehicles," a local, Khilawan Raj, said.

Kishori Lal, a strong Congress supporter said the new generation in the constituency are not aware of the works done by the Congress for the development of the area and so the youth got carried away by the "BJP's selling of their schemes."

"The youth here does not know that this was usar (infertile) land which was got treated during the tenure of Rajiv Gandhiji. They got carried away by the BJP propaganda, and the manner in which they literally sold the central government schemes in the election market," Lal claimed. 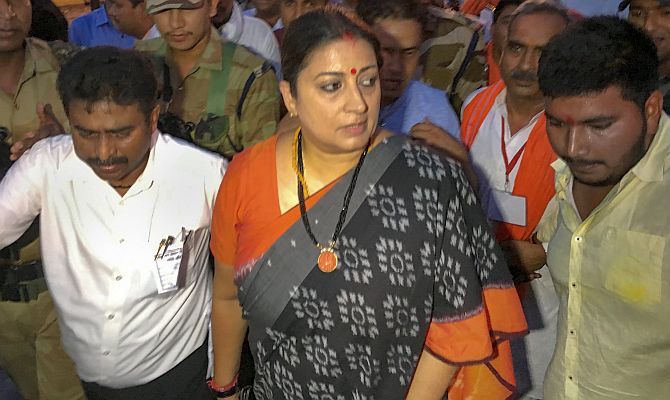 IMAGE: Union minister Smriti Irani said her win was not a "rocket science" as people of the Lok Sabha constituency wanted a representative who would work for them for the next five years. Photograph: PTI Photo

Asha Singh of Pipri village said Smriti Irani went to every gram panchayat for canvassing and this appears to have made an impact.

Besides, they feel that local party leadership and staff of Rahul Gandhi had adopted a very high-handed attitude towards the people.

"They seem to have held the MP's office captive... it was easy to meet Rahul Gandhi than to meet his representatives who had to take follow up action of the works assigned by him for completion," Ram Pujan, a small trader said.

Political pundits say that the process of Congress's defeat in Amethi had started with its losses in the assembly polls.

In the 2017 UP assembly polls, the Congress failed to win even a single seat though the BJP managed to bag four and Samajwadi Party one seat in the Lok Sabha constituency.

In the 2012 assembly polls too, the Congress had only one seat - Jagdishpur - while rivals had taken up the remaining seats.

"Why the Congress leadership preferred to ignore taking corrective measures despite a poor show in assembly polls is not understandable," they wonder.

Union minister Irani said on Friday that her win was not a "rocket science" as people of the Lok Sabha constituency wanted a representative who would work for them for the next five years.

Her victory was due to the development agenda of the Modi government, she said, adding that people of Amethi had reposed their trust in her by voting in large numbers for the BJP in 2014 and that she worked in the past five years to keep their faith. 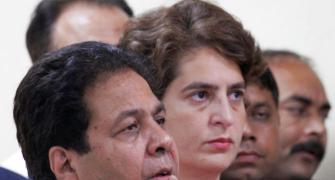 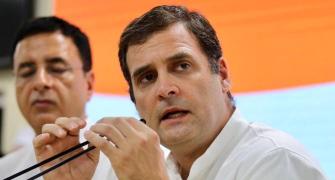 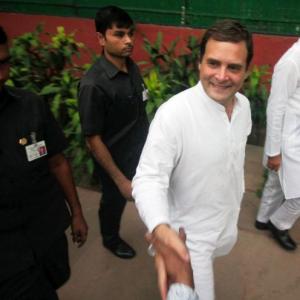