Construction work on the Ram temple in Ayodhya is going on in full swing and a part of construction is likely to be completed by October this year, said general secretary of Shri Ram Janmabhoomi Teerth Kshetra Champat Rai on Monday. 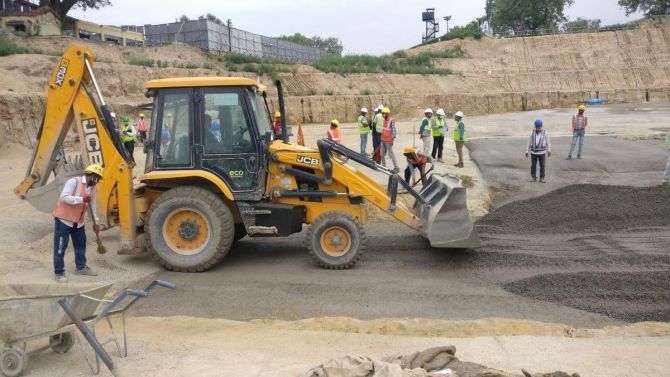 Rai referred to the work concerning foundation of the temple.

"The work of temple construction is going on all 24 hours in two shifts of 12 hours each. About 1.2 lakh sq meters of the earth has been dugout.

"It takes 4-5 days to place a one-foot think layer and compact it with a roller. We expect to complete it October. By the grace of Lord Ram, all the workers and engineers are health," he said. 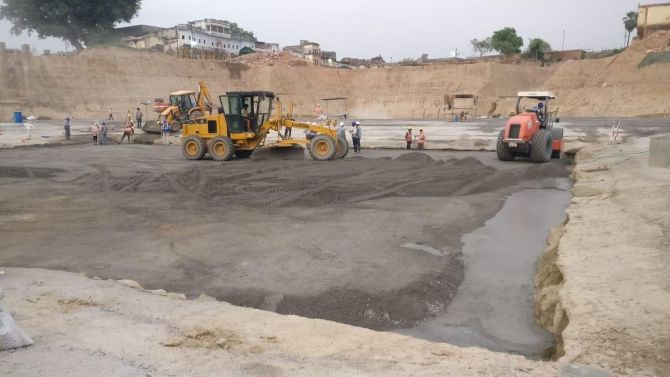 "Four layers have been placed one on top of the other which are 400-feet long and 300-feet wide. A layer is pressed with roller and after that the next layer is placed. We have to place 40-50 layers. This is called roller-compacted concrete," he added.

Shri Ram Janmbhoomi Teerth Kshetra Trust has been entrusted with the task of Ram temple construction in Ayodhya.

Rai had said on March 8 said that the Ram Temple in Ayodhya is likely to be ready in three years time. 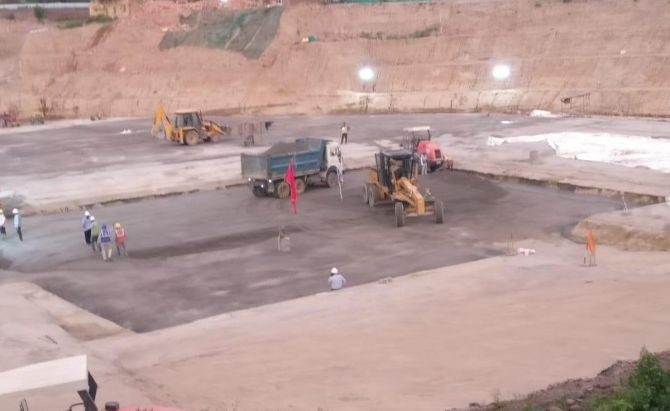 "This work will be completed in three years and with this preparation we are doing all the work," Rai said.

In March this year, Rai had said the door-to-door collection drive for Ram temple construction in Ayodhya has stopped in view of the pandemic, but devotees who missed the contribution drive could still make their contributions through the trust website.

While addressing a press conference on March 8, Vishwa Hindu Parishad (VHP) national vice-president Rai said that Rajasthan has contributed the most in the Samarpan (donation) drive for the construction of Ram Mandir in Ayodhya. 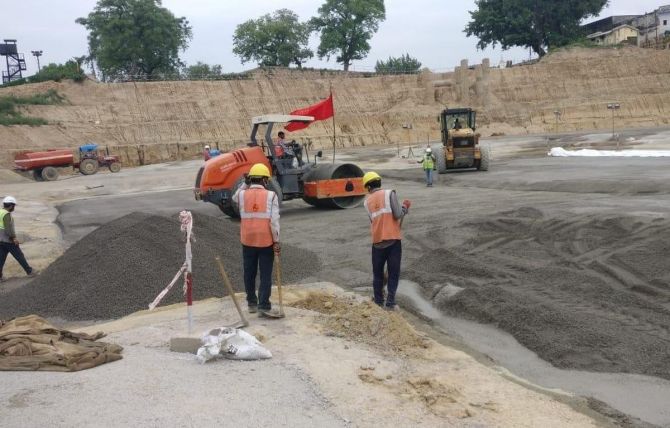 In his remarks, the Prime Minister had congratulated fellow countrymen and Ram Bhakts all across the world on the holy occasion.

Terming it as historic, he said that India is starting a glorious chapter today, when people all across the country are excited and emotional to have finally achieved what they had been waiting for centuries, several of whom are scarcely able to believe that they are witnessing this day in their lifetime. 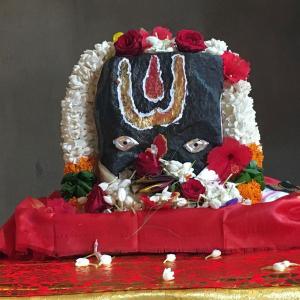 Ram Mandir to get stone from Sita temple in Lanka