Defence Minister Rajnath Singh on Thursday flew in the Tejas fighter aircraft from the Hindustan Aeronautics Limited airport in Bengaluru, becoming the first defence minister to fly in the indigenously-built light combat aircraft. After the 30-minute sortie, the defence minister said he chose the aircraft because it was built indigenously and described the flying experience as thrilling.

"Flight very smooth, comfortable, I was thrilled. It was one of the most memorable events of my life," said the 68-year-old Singh after alighting from the aircraft.

"This is an indigenous plane. So, it came naturally to me to fly in Tejas and experience the flying. It was also to check under what conditions do our fighter pilots fly these aircraft. This is why I flew in this aircraft," the minister said.

Wearing a G suit, holding his helmet under his arms and sporting aviator glasses, Singh looked every inch a fighter pilot. "I want to congratulate HAL, DRDO and several agencies concerned. We have reached a level where we can export fighter planes across the world...Countries in South East Asia have shown interest in purchasing Tejas aircraft," he said.

An official said the minister also "controlled" and flew the aircraft for around two minutes. However, the minister said he was following orders.

"But those two minutes were memorable," he said.

In a tweet, Singh said: "The 'G-Suite' and 'Tejas': It was a memorable experience. Thank you @IAF_MCC @HALHQBLR & @DRDO_India for this proud moment."

"Special thanks to AVM, N.Tiwari, who is also the Project Director, National Flight Test Centre, ADA (Aeronautical Development Agency) for the sortie," he said. Talking about his experience of flying with the Defence Minister, Tiwari said, "Raksha Mantri (Defence Minister) was flying the aircraft in the air (for 2 minutes), and he liked it. We went all the way up to 2 to 2.5g. But I was showing him more avionics and sophisticated systems that we have on board like laser designation pod, using which you can pick up targets even from 20-25 km away."

When a person is standing still on earth, the amount of force exerted by earth's gravitational field is "one g". Fighter pilots have to bear higher number of g's as they fly at high speed and altitude.

Tiwari said the minister was very happy with the flying quality, "the smoothness, the controls, and the way the aircraft was flying".

"We went close to Mach 1, the speed of sound, but he couldn't make it out. I had to tell him that this is the speed now," Tiwari added. Officials said the basic flying in the Indian Air Force currently starts by 20.5 years and a pilot is generally ready to fly fighter jets in IAF at around 22 years of age.

He also said that there is no upper age limit for flying fighter jets.

Till the time a pilot is medically fit - up to the standards set by the IAF - he or she can fly the fighter jet, the official said. The chief of the Indian Air Force is 62 years old.

Singh also attended an exhibition of products of the Defence Research and Development Organisation in Bengaluru. 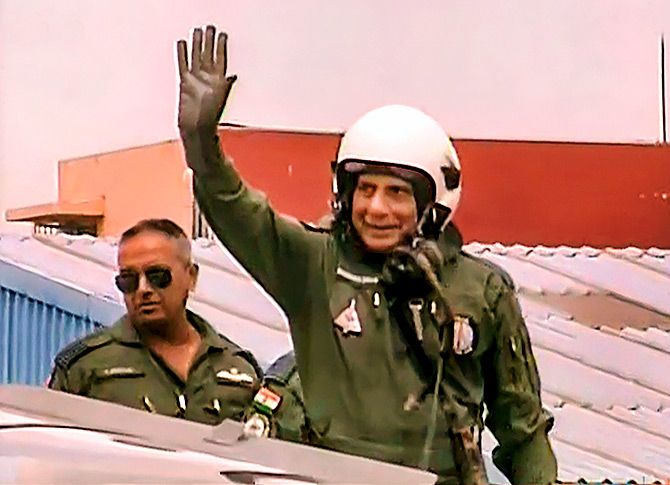 A defence ministry official had said on Wednesday that the minister would be "taking a sortie" in order to boost the morale of officers who have been involved in the development of the "indigenously-made Tejas".

"It will also boost the morale of IAF pilots who are flying these aircraft," the official had said.

The IAF has already inducted a batch of Tejas aircraft. The naval version of the LCA is in development stage.

Last Friday in Goa, Tejas had successfully carried out an "arrested landing", a key performance, demonstrating its ability to land on board an aircraft carrier, making it a major milestone in development of the naval variant of the fighter jet.

Initially, the IAF had placed an order with the HAL for 40 Tejas aircraft. Last year, the IAF issued the request for proposal to HAL for the procurement of another batch of 83 Tejas at a cost of over Rs 50,000 crore.

The Tejas is an indigenous light weight, multi role supersonic aircraft developed in both fighter and trainer versions.

Advanced materials like composites are used in the manufacture of the Tejas to reduce weight and increase the component life.

The Tejas is designed to carry a veritable plethora of air-to-air, air-to-surface, precision guided and standoff weaponry. 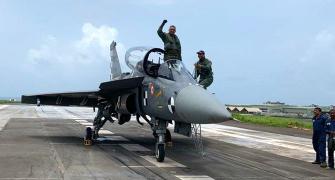 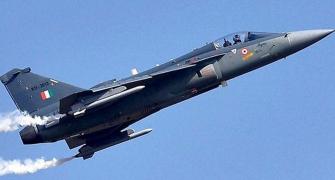 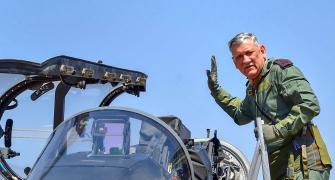 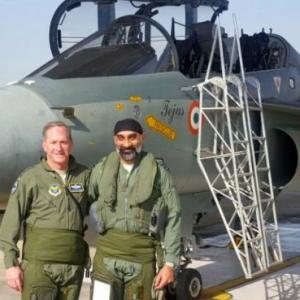 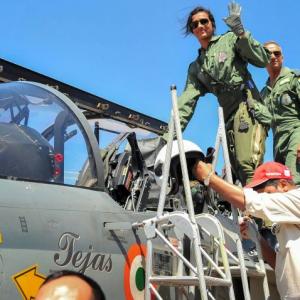