The newly built house of photographer couple Ravi and Krupa Hongal, which resembles a giant DSLR camera, has not only enamoured locals but has become quite a sensation on social media. 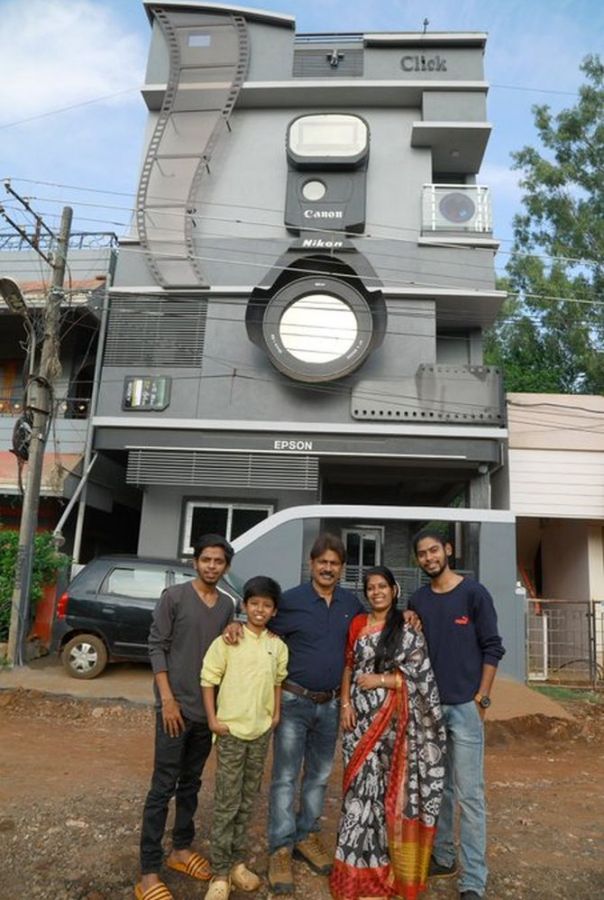 The three-storied camera-shaped house located in Shastri Nagar is an expression of passion and love for the art of photography of the couple whose children -- three boys -- have all been named after the iconic camera brands.

Their names ‘Canon’, ‘Epson’ and ‘Nikon’ feature prominently on the house whose exterior resembles a camera.

Just like a camera, the building has a glass window shaped as a viewfinder and another as a lens. It sports a wide film strip, a flash and even a memory card.

The walls of the house walls and its interior have graphics related to photography.

"I have been photographing since 1986. Building this house is like a dream come true. We also named our three children -- Canon, Nikon and Epson. These all are three camera names. I love the camera and hence named them on camera companies name. My family were opposed to it, but we remain adamant," photographer Ravi said.

The photographer says the couple had to borrow money from relatives and friend for constructing the house. "We also sold our previous house to build this house," he added. 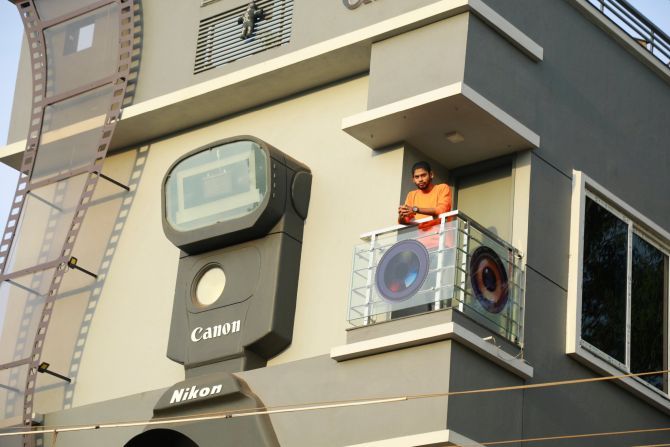 IMAGE: Just like a camera, the building has a glass window shaped as a viewfinder and another as a lens. It sports a wide film strip, a flash and even a memory card. Photograph: @NirmalGanguly/Twitter

Krupa said that it was their cherished dream to build a house like a camera.

"My husband is a photographer. It was our dream to build a house like a camera. We planned and built this house. We feel like we are living inside a different world, inside a camera. I am very proud of my husband," she said.

Canon, their elder child said, "My friends used to ask me whether it was my real name. Now, I tell them yes, photography is my father's passion and hence he named me Canon." 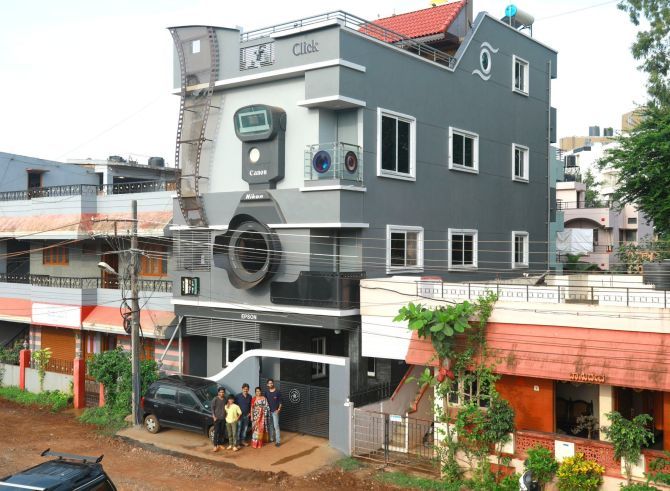 IMAGE: The couple had to borrow money from relatives and friend for constructing the house. They spent 71.3 lakh in total to construct their dream home. Photograph: @NirmalGanguly/Twitter

On social media, the picture of the unique shaped house has been shared widely.

"This is called love for the passion," said one user on Twitter.

Another user commented: "A camera-obsessed photographer from India builds a camera-shaped house! 49-year-old Ravi Hongal has spent over $95,000 building the 3-storey house, which looks like a camera in the town of Belgaum in India."

The family seems to be indeed living a picture-perfect dream. 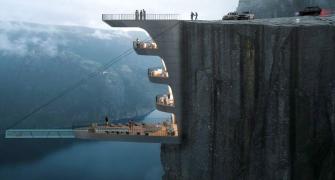 Would you live in hotel that hangs off a cliff? 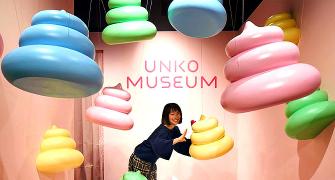 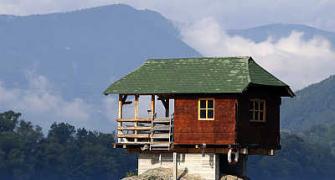 IMAGES: Most unusual homes in the world 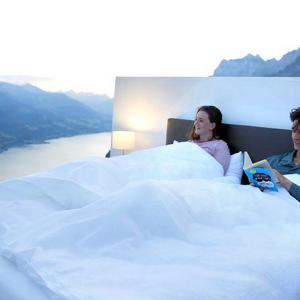 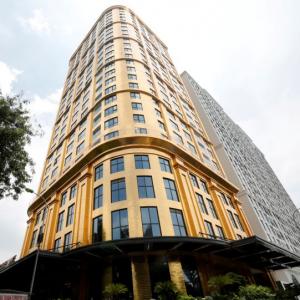