Hurricane Michael unleashed a furious onslaught on Florida’s Panhandle on Wednesday, the record-breaking cyclone tearing apart buildings and submerging houses in floodwaters before taking aim at Georgia and the Carolinas.

Michael’s 155mph winds at landfall were only 5mph short of category 5 status, making it the strongest storm to strike the United States since Hurricane Andrew ravaged southern Florida in 1992.

Florida Governor Rick Scott warned of “unimaginable devastation”, saying it would be the worst storm in 100 years. 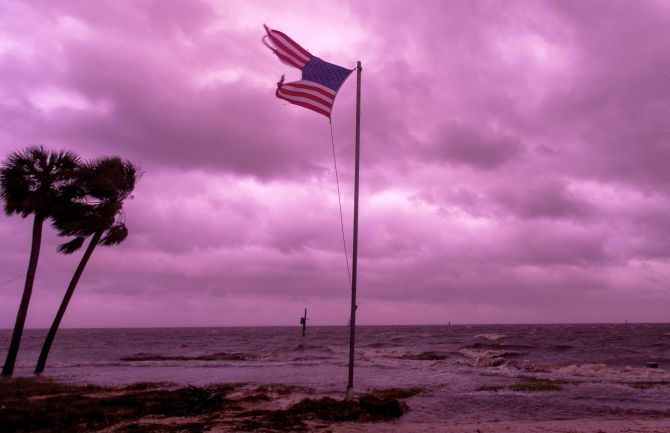 An American flag battered by Hurricane Michael continues to fly in the in the rose coloured light of sunset at Shell Point Beach in Florida. The storm made landfall on Wednesday afternoon as a category three storm with 125mph (200km/h) winds. Photograph: Mark Wallheiser/Getty Images 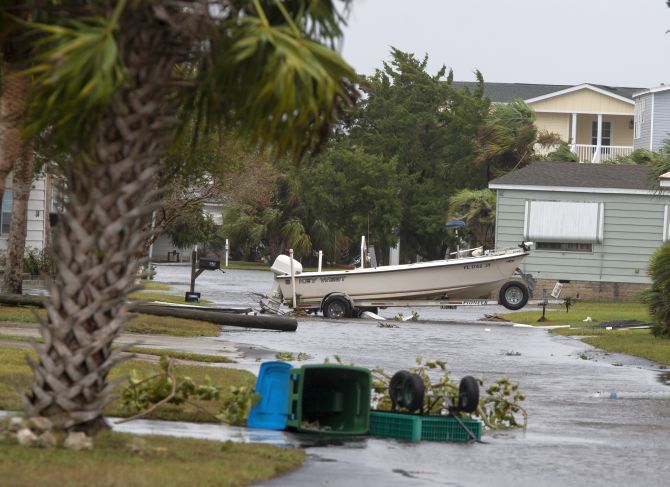 Damage from Hurricane Michael at the Village of Shell Point. More than 3,70,000 people in Florida were ordered to evacuate, but officials reckon many ignored the warning. Photograph: Mark Wallheiser/Getty Images A tree lays on a home and car after hurricane Michael passed through the area in Panama City. Michael dashed homes into pieces, swallowed marinas and left piles of rubble where shopping centers once stood. Photograph: Joe Raedle/Getty Images Haley Nelson stands in front of what is left of one of her fathers trailer homes after hurricane Michael passed through Panama City. The effects of the storm would be felt along the coast from New Orleans to Tampa Bay, and inland as far as the Carolinas. Photograph: Joe Raedle/Getty Images 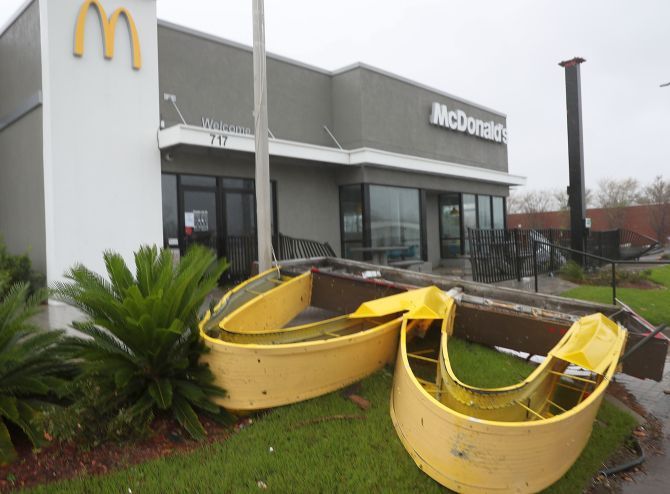 A McDonald's sign is seen laying on the ground after it was knocked down hy Hurricane Michael. This storm is the strongest to hit the continental US since Hurricane Andrew in 1992. Photograph: Joe Raedle/Getty Images A downed tree and power lines block a road during Hurricane Michael in Panama City Beach. US President Donald Trump declared a state of emergency for the entire state of Florida, freeing up federal assistance to supplement state and local disaster responses. Photograph: Jonathan Bachman/Reuters 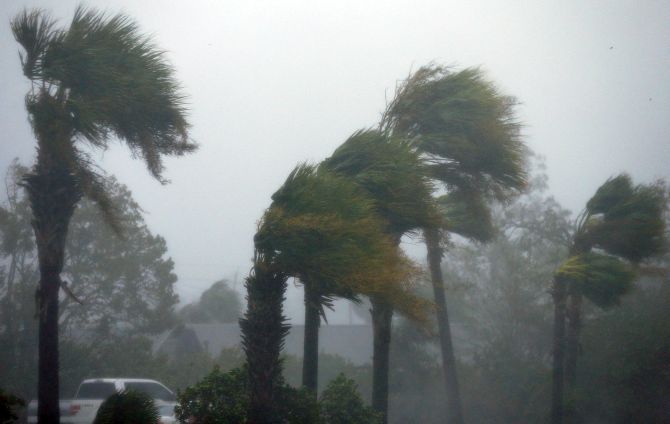 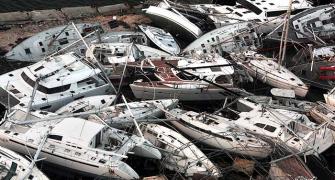 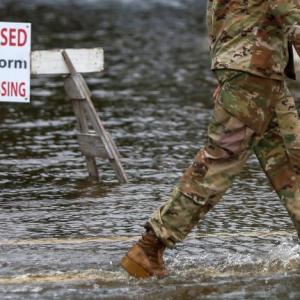