All 1,050 passengers on board Kolhapur-bound Mahalaxmi Express were rescued on Saturday in a multi-agency operation nearly 17 hours after the train was stranded near Vangani in Thane district due to flooding on tracks following heavy rains.

Here's a glimpse of how the massive rescue operation was carried out by the agencies. 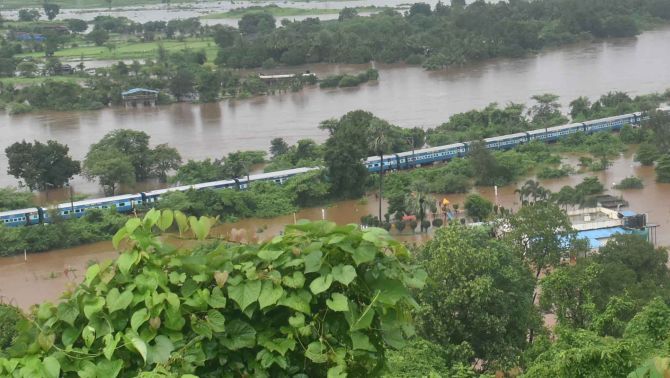 After the train was held up between Badlapur and Wangani, two teams each of the National Disaster Response Force (NDRF) were rushed from Mumbai and Pune with nine boats, an official release said. The teams reached the spot about 9.40 am even as personnel of the Navy and Indian Air Force were also drafted in for the rescue operation.

Specialist divers of the Navy and two Mi-17 helicopters of the IAF were also pressed into service. Two columns of Army with 130 trained staff carrying food packages, water and rescue material were also deployed. Passengers held on to hope even as lights had gone out in the train and there was no communication from the railways initially. Mobile phone batteries had died, or poor network made them useless, some passengers said. Many passengers were rescued through inflatable boats of the NDRF, while others were carried on the shoulders of the rescue personnel.

WATCH: Rescue operations being carried out to evacuate stranded passengers of Mahalaxmi Express

Chief spokesperson of the Central Railway Sunil Udasi said all 1,050 passengers were taken to a safe spot. 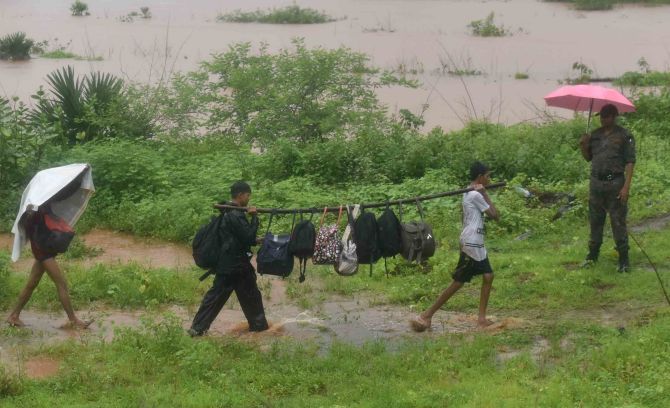 Some waded across the flooded tracks on their own. The train had left Mumbai for Kolhapur on Friday night, but could not travel beyond Vangani, where it reached in the wee hours on Saturday.