At least 27 people have died in rain-related incidents in Solapur, Sangli and Pune districts of Western Maharashtra, officials said on Thursday. 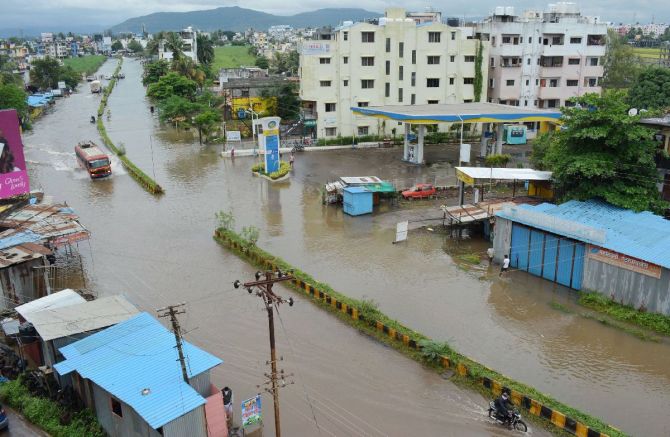 Over 20,000 people were evacuated to safer places in these three districts.

State capital Mumbai too witnessed water-logging in many areas after overnight rains on Thursday.

The districts in Western Maharashtra -- Pune, Solapur, Sangli, Satara and Kolhapur -- are witnessing heavy showers in the last two days.

"Total 27 people have died due to rain-related incidents in Solapur, Sangli and Pune districts since Wednesday. 14 casualties are from Solapur district, nine from Sangli and four from Pune district," said an official from the Pune divisional commissioner's office. 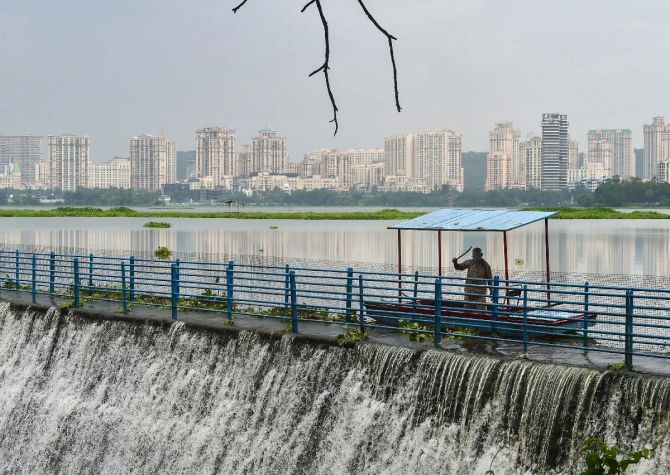 In Solapur district, six persons died in wall collapse in the temple town of Pandharpur on Wednesday, while remaining deaths too occured in rain-and flood-related incidents, he said.

In Pune, four people died after getting swept away in a swollen stream at Khanota in Daund tehsil, while one person was still missing. Rain-related accidents claimed nine lives in Sangli district, the official added.

"As per the preliminary information, around 20,000 people have been shifted to safer places in Solapur, Sangli and Pune," he said.

"Excess water is being released from Ujani Dam into the Nira and Bhima rivers, so as a precaution, around 8,400 people living along river banks in the Pandharpur tehsil have been shifted to safer places," said Sachin Dhole, Sub-Divisional Officer, Solapur, earlier in the day. In Pandharpur town, some 1,650 people were shifted, he said.

Additional teams of the National Disaster Response Force (NDRF) have been sought for the tehsil, Dhole informed.

Besides, Kolhapur received 56 mm rainfall in the last 24 hours, an official from the district disaster cell said. IMAGE: Search and rescue operation underway after a wall along the banks of Chandrabhaga river collapsed following heavy rains, at Pandharpur in Solapur district, on Wednesday. Photograph: PTI Photo

But public transport services remained unaffected in the city.

The island city received 106.01 mm rain in the 24-hour period ending at 8 am on Thursday, followed by 69.18 mm rain in eastern suburbs and 58.36 mm in western suburbs during the same period, a Brihanmumbai Municipal Corporation (BMC) official said.

The IMD has issued a 'yellow' alert for Friday, forecasting heavy rain in Mumbai and its suburbs.

Heavy rains are expected over the ghat areas of Maharashtra, Konkan and south Gujarat during the next two days, it said.

In a statement, the Chief Minister's Office (CMO) said that NDRF teams have been stationed in Osmanabad, Solapur, Pandharpur and Baramati.

Due to winds and cloudburst, heavy rains have lashed several districts, especially Pune, Solapur, Osmanabad and Latur, the CMO said. 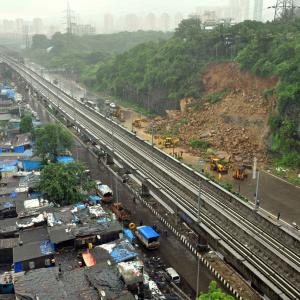