News
Business
Movies
Sports
Cricket
Get Ahead
Money Tips
Shopping
Sign in  |  Create a Rediffmail account
Rediff.com  » News » Celebrity candidates: Who made it, who didn't

Some we will see as future MPs, the others just have to get back to business.

Rediff.com takes a look at some popular faces, who fought Election 2019 and here’s the verdict on them. 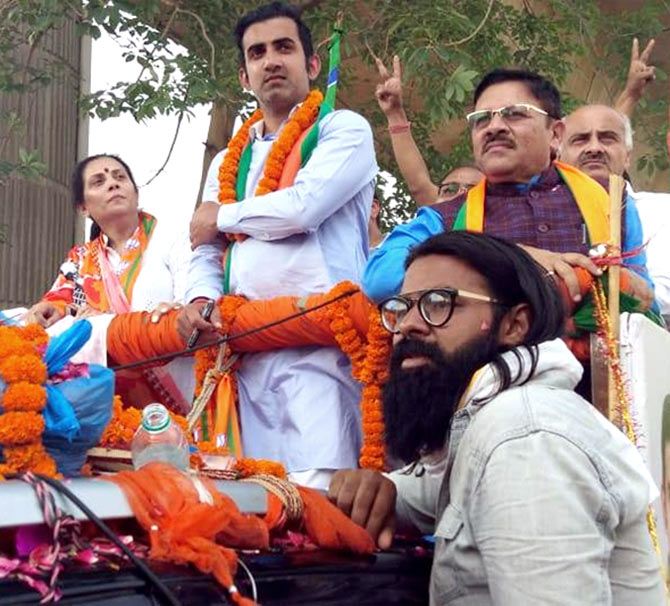 For someone, who subscribes to 'black or white' philosophy, it will be interesting to see how the man from West Delhi's upscale Rajinder Nagar performs in a regimented political set-up. Now, a Congress candidate contesting from Bihar's Patna Sahib, Shatrughan Sinha was unable to charm the voters. Union minister Ravi Shankar Prasad retained the Patna Sahib seat for the BJP by a margin of 2.84 lakh votes.

Sinha had joined the Congress more than a month ago after the BJP, upset over his repeated attacks on the leadership of Prime Minister Narendra Modi and national president Amit Shah, denied him a ticket and fielded Prasad in his place.

The actor-turned-politician, who has been associated with the BJP since the early 90s, had won the seat in 2009 and 2014 by margins of over one lakh votes. 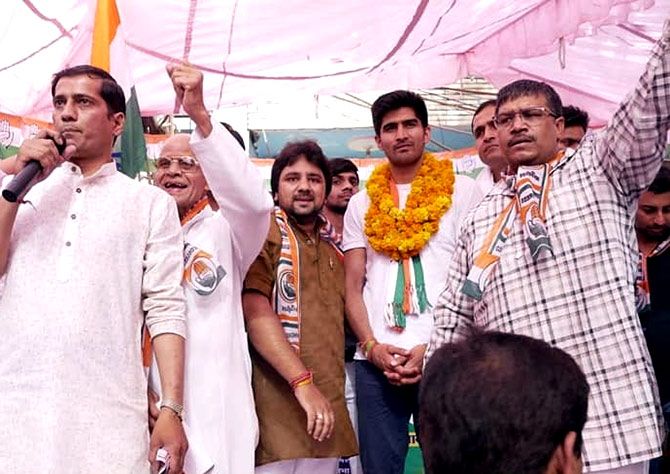 In North West Delhi constituency, singer-turned-politician Hans Raj Hans got 8,47,737 votes, almost 3.16 lakh votes more than the total votes his rivals from the Delhi's ruling party and the Congress got.

Hans made his political debut with Shiromani Akali Dal and contested the Lok Sabha elections from Jalandhar in 2009, but faced defeat.

He later shifted his allegiance to Congress but quit the party after his name was dropped at the eleventh hour in favour of former Punjab Congress chief Shamsher Singh Dullo for Rajya Sabha.

The Padma Shri awardee, who loves to be known as a Sufi and a 'fakir', emerged as a surprise candidate on the North West Delhi seat, dislodging sitting BJP MP Udit Raj as official party candidate, forcing the latter to rebel and join the Congress.

Popular for his famous "dil tote tote ho gaya" number, Hans had also used his songs during campaigning to woo the voters. 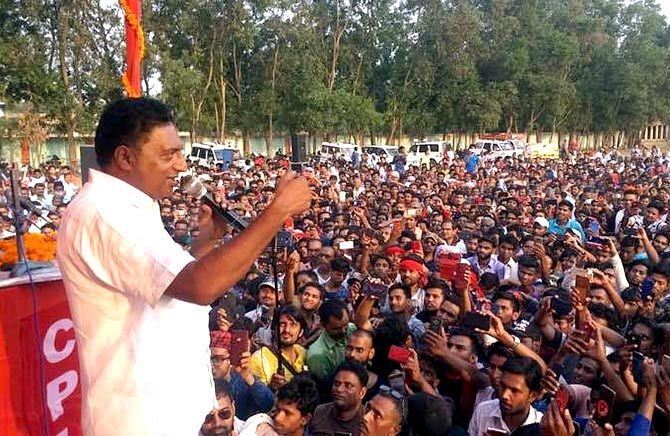 Taking to Twitter, Raj wrote, "A SOLID SLAP on my face... As More ABUSE, TROLL and HUMILIATION come my way... I WILL STAND MY GROUND... My RESOLVE to FIGHT for SECULAR INDIA will continue."

Bengaluru Central is traditionally a BJP bastion, with Mohan winning the seat in both the 2009 and 2014 elections. Hema Malini retained her Mathura seat for a consecutive second term, surging ahead of her closest rival Kunwar Narendra Singh of the Rashtriya Lok Dal.

"What a clean sweep!The opposition & the Congress silenced totally! Modiji, after having suffered so many insults, many personal, stands totally vindicated as a true nationalist in whom the masses have reposed complete faith & view as a leader who can make India excel in all spheres," the actor tweeted. 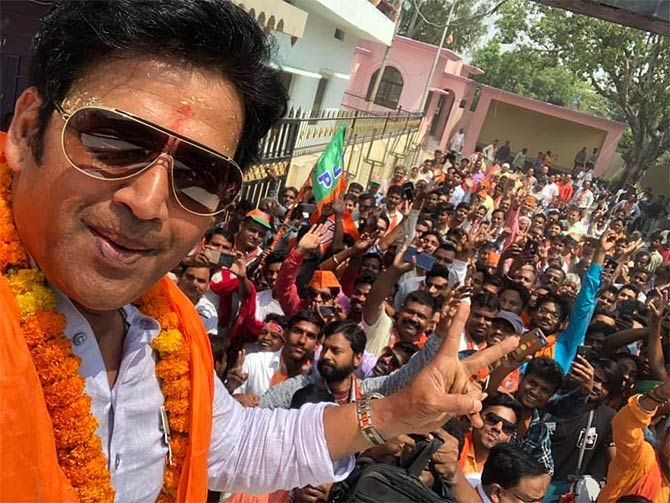 "The credit of my victory goes to the development work of the BJP government and 'ModiYogi'. The money of the country went to the real India, that is, villages of India. Modiji has opened the eyes of people when power connection, LPG gas connection, health services and many other facilities reached them," he said. 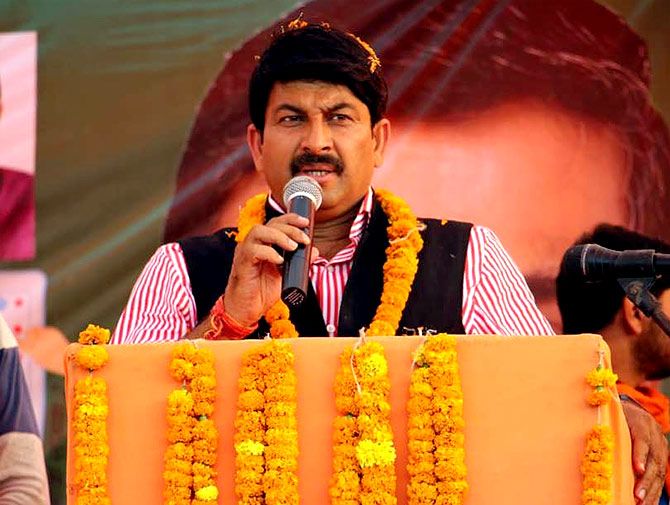 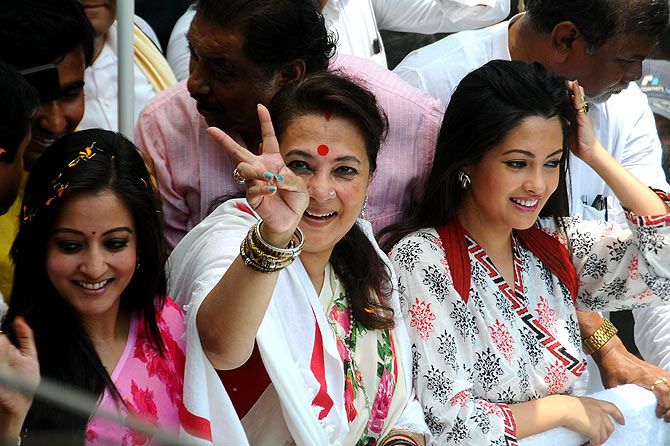 Moon Moon Sen, contesting from Trinamool Congress, failed to charm voters. Sen, who raised eyebrows during the poll campaign with her controversial statements, was defeated in the Asansol constituency by incumbent BJP MP and former Bollywood singer Babul Supriyo by a margin of over 1.97 lakh votes. Supriyo, 48, who was the Minister of State for Heavy Industries and Public Sector Enterprises in the Narendra Modi government, began his political career only in March 2014 when he was inducted into the BJP and was promptly fielded by the party as its Lok Sabha candidate from Asansol.

In 2014, he had defeated Trinamool Congress bigwig Dola Sen.

A commerce graduate, Supriyo became a minister in the Modi government in 2014. He was inducted as the Union Minister of State, Ministry of Urban Development and Ministry of Housing and Urban Poverty Alleviation in November 2014.

On July 12, 2016, his portfolio was changed to Minister of State for Heavy Industries and Public Enterprises.

During the 2019 general elections, he faced an allegation of putting out a campaign song without the prior permission of the Election Commission. 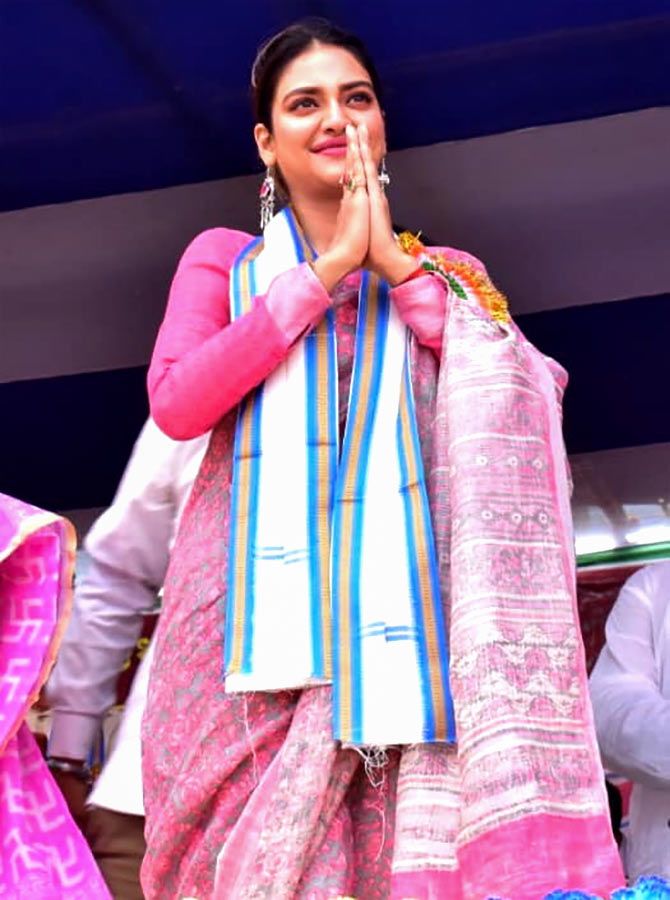 TMC candidate from Basirhat Nusrat Jahan Ruhi won against Sayantan Basu of the BJP by a margin of over 3.39 lakh. 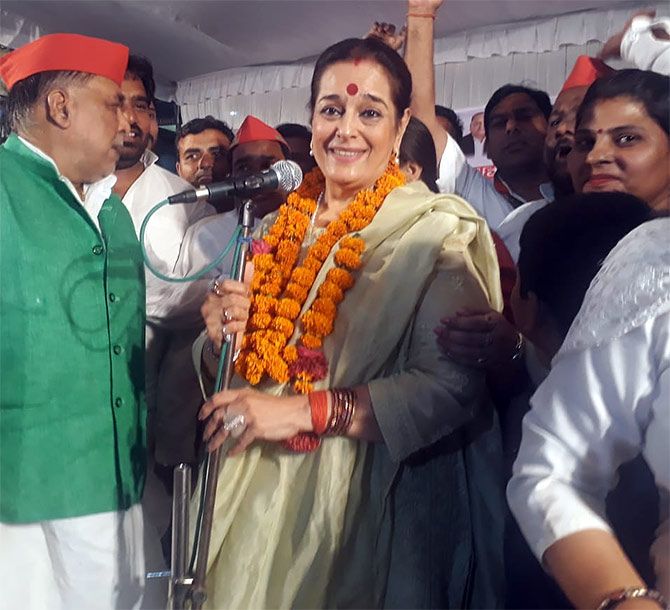 Shatrughan Sinha's wife Poonam, who was fighting the election as a SP candidate from Lucknow, did not fare well. Incumbent Home Minister Rajnath Singh retained his seat with a vote count of 6.33 lakh votes while Poonam Sinha managed 2.82 lakh votes. 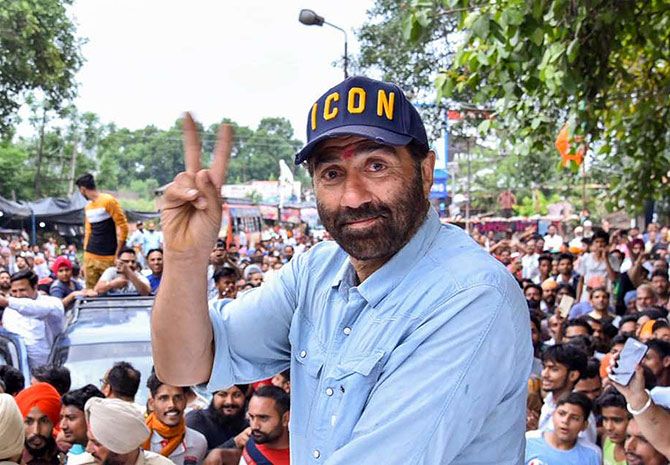 A major highlight of the poll outcome was BJP candidate Sunny Deol's win. He wrested Gurdaspur seat from Congress heavyweight Sunil Jakhar by over 82,000 votes.

After registering a resounding victory, Deol said he would work for the welfare of voters from the border constituency.

"I was confident that people of this constituency love me a lot and ensure my victory (from Gurdaspur Lok Sabha seat)," he said.

He also vowed to complete the unfinished projects of late MP Vinod Khanna.

The BJP had sprung a surprise last month by announcing the name of the actor, whose real name is Ajay Singh Deol, from the Gurdaspur seat. Urmila Matondkar, fighting the elections for the first time on a Congress ticket from Mumbai North, failed to register a win, earning only 2.41 lakh votes against winning BJP candidate Gopal Shetty, whose vote count stood at 7 lakh votes.

"I am going to continue politics, as I've been saying from day one. This has been an absolute glorious battle for me. I am standing defeated in front of you but do I look like a lost person?" Matondkar told reporters.

"The spirit, the conscience of a person matters. I am extremely happy I fought this election with a lot of dignity and integrity," she added.

Matondkar said she looks at the current situation as a "humble beginning." "The experience was absolutely fantastic. I doubt anyone across india had the kind of journey that I had. I am proud of my journey. I feel this is just the start. It is a long way from here and I am more than ready for it," she added. 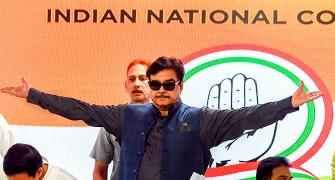 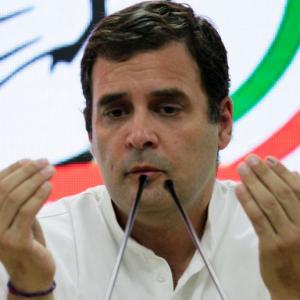