In a blow to the prestige of the Bharatiya Janata Party, it's national Vice President Mukul Roy along with son Subhranshu, rejoined Trinamool Congress on Friday, with Bengal Chief Minister Mamata Banerjee and other leaders of the state's ruling party welcoming the prodigal back to their fold. 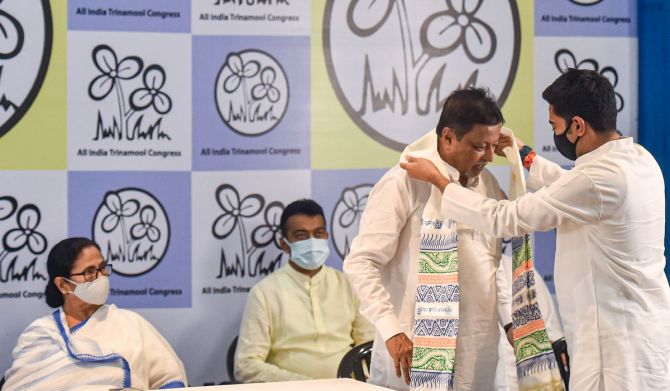 Roy, who was closeted with Banerjee in Trinamool Bhavan before his formal re-induction in the party he helped set up, said he was 'happy to see all known faces again'.

Addressing a press meet after the re-joining ceremony, Banerjee said Roy was threatened and tortured in the BJP, and that, in turn, affected his health.

"Mukul's return proves that the BJP does not let anyone live in peace and puts undue pressure on everyone," the chief minister said.

At the rejoining ceremony, Roy was seated on Banerjees left hand, with Abhishek seated after him, while Partha Chatterjee, another top TMC leader sat on her right, indicative according to TMC sources, of the party's possible future pecking order.

"Whatever role he (Roy) played earlier, he will play the same," Banerjee said, adding that the exact role will be decided later.

She however also added 'party is already strong, we have come back with landslide victory'.

Roy's return is seen as a signal that this may trigger more defections from BJP's Bengal unit, possibly reducing its strength in the Bengal assembly.

The chief minister significantly said we will consider the case of those who had left the TMC with Mukul for the BJP and want to come back.

However, Banerjee clarified that the TMC politicians and workers who left to join the BJP just ahead of the April-May assembly elections will not be taken back.

The TMC supremo also charged that 'the BJP is not a party of the common people, it is a party of zamindars, of landlords', and accused the BJP-led central government of using central investigating agencies to unfairly target its opponents.

Speculation had been rife for some time on a possible home coming by Mukul Roy who had crossed over to BJP in 2017 after being charged in the Narada tape sting, ever since Banerjee's nephew Abhishek visited his wife at a city hospital earlier this month.

Prime Minister Narendra Modi had after Abhishek's visit, rung up to enquire about Roy's wife's health. A move
seen by political observers as an attempt to retain Roy within the BJP-fold.

Though Roy had at that time denied any desire to leave the saffron camp, he skipped a meeting of the BPs Bengal unit to discuss post-poll violence allegedly by TMC supporters.

Interestingly, at Fridays re-joining ceremony, both Banerjee and Roy claimed that they never had any differences.

The chief minister said we will consider the case of those who had left the TMC with Mukul for BJP and want to come back.

A signal that this may not be a lone case of defection from BJPs Bengal unit.

However, Banerjee clarified that TMC politicians and workers who left to join the BJP just ahead of the April-May assembly elections will not be taken back.

Roy, once the second-in-command of the TMC, was removed from the post of the party's national general secretary in February, 2015, sometime after the Narada sting was carried out by investigative journalists where many politicians were allegedly caught accepting wads of cash from a fictitious company.

He was also targeted by the Enforcement Directorate in the Saradha chit fund scam probe.

The veteran politician who started life as a Youth Congress activist and had been railway minister in the Manmohan Singh government, had joined the BJP in November, 2017.

He won from the Krishnanagar North seat in the recently concluded assembly elections, but the distance between him and the BJP leadership was said to have widened in recent months after the Enforcement Directorate sent him fresh notices in Saradha case.

The move to bring him back possibly started when Banerjee in an election rally in late March had termed his conduct as not so bad.

This was in contrast to the chief ministers other election speeches, where she had branded turncoat TMC members such as Suvendu Adhikari as 'Mir Jafars' after the infamous general who betrayed Bengals Nawab Siraj-ud Dowlah in the battle of Plassey against Lord Robert Clive's army.

The TMC will selectively take back people who crossed over.

The aim will be to organisationally weaken BJP but at the same time it will not want too many turncoats back as this would be seen as rewarding dissidence, said Rajat Roy, well-known political analyst and member of the Calcutta Research Group.

Mukul Roy is a special case as he is known to be an organisational brain.

According to political analysts, Roy's return is expected to also reassure TMC veterans who were jittery after the elevation of the chief ministers nephew Abhishek to the position of TMC general secretary, that long time members of the party would not be side-lined as younger faces are brought to the fore.

Several former TMC MLAs including Dipendu Biswas and Sonali Guha have in recent past sent letters regretting their decision to join the BJP and sought to return back to the party's fold.

Guha, who at one time was considered close to Banerjee, made an impassioned plea on camera seeking the chief ministers forgiveness.

Guha, a four-time legislator from Satgachia in South 24 Parganas, had also written in a letter the way fish cannot stay out of water, I will not be able to live without you, Didi.

Even before the formal entry of Mukul Roy, BJP's national Vice President into Trinamool Congress, BJP leaders reacted angrily to the desertion.

BJP leader Dilip Ghosh reacting to news of Mukul Roy's re-entry into Trinamool Congress, told reporters he was not sure the party would lose anything from the move given that he was unsure whether we gained anything from Roy's entry three-and-half years ago.

The BJP also moved swiftly to act against other possible rebels by threatening action against those in the Bengal unit who have of late voiced dissent over the social media.

Sayantan Bose, the state general secretary of the BJP, said that a disciplinary action committee has been formed on June 8, which would take note of the 'anti-party' remarks made by some leaders on social media.

Among others, former TMC Minister Rajib Banerjee, now with the BJP had in a social media post warned that people will not take kindly to threats of imposing President's rule on Bengal. 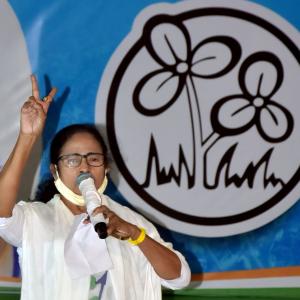 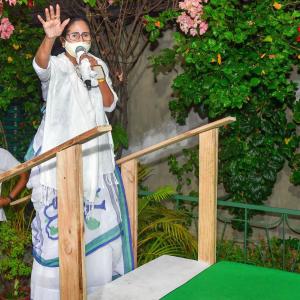